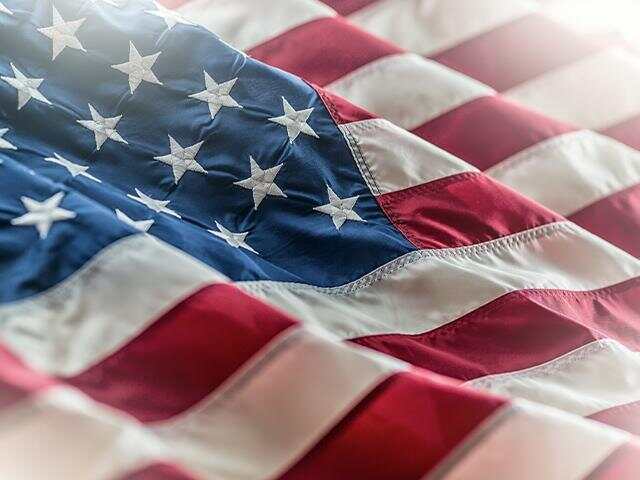 When you think about July 4th, what comes to mind?

Perhaps you think about a day off from work with picnics, fireworks, and those red, white and blue flags displayed in front yards along your neighborhood.

This is all good, but the one word that comes to my mind is freedom.

It is a fact that we live in the United States of America where we can voice our opinions freely and can vote for the people of our choice. These are very good reasons why we should never take our freedom for granted.

Each year, I notice that some people really go all out decorating for every holiday. For the 4th of July, I display my flag in the yard for the entire month. The flag means a lot to me because of those in my family who have been in wars. I have also had friends who served our country, and I have known some who did not come home in the past and present war.

My father served in World War II. My mother was a Red Cross volunteer during that war. My niece and her husband served in Desert Storm. I also have had loved ones in the Vietnam War and a friend recently in Afghanistan.

Because of their contributions in keeping us all free, I proudly display the flag.

Have you thought about the American flag and all that it stands for? This emblem of the greatest nation on earth is placed on graves of our honored dead who fought for us to remain a free nation, and it flies high during times of peace, as well as war. “Old Glory” is its name.

There is another real freedom we can have. We can display it every day of the year, and that is our freedom “In Christ” to live a life to glorify Him, so that His banner of love, truth and peace can be seen by all.

It is a flag flown high in the castle of my heart (taken from a song). We can be free in our spirit to serve the Creator of the whole universe and that my friends, is True Freedom.

“For the law of the Spirit of life in Christ Jesus made me free from the law of sin and of death.”  (ASV)

Just like the flag that represents freedom, Jesus is a banner over us, protecting and shielding us. He is the “Glory and the Lifter of our heads” at all times. Let freedom ring out in your heart today.

2 Kings 3:20-22 20The next morning, about the time for offering the sacrifice, there it was–water flowing from the direction of Edom! And the land was filled with water. 21Now all the Moabites had heard that the kings had come to fight against them; so every man, young and old, who could bear arms was called up and stationed on the border. 22When they got up early in the morning, the sun was shining on the water. To the Moabites across the way, the water looked red–like blood.

The LORD told Elisha to have the army dig ditches, and that God was going to fill those ditches with water so the armies of Israel, Judah and Edom could drink. The next morning water flowed from the direction of Edom and filled the ditches. The able-bodied men of Moab had gathered to resist the attack. When they saw the reflection of the sunrise and thought the water was the blood of the armies that had come to fight them, they rushed headlong into an ambush of ready, thirst-quenched soldiers.

The day before the armies in league with Israel had thought God was against them, bringing them to defeat through thirst. Instead it was God’s way of getting them to stop their plans so that He could work. We are often ready to jump into a spiritual battle, ready to take the enemy’s territory, but God has His own way of doing things. He may introduce a difficulty to get us to seek His face and go His direction. The very solution to their difficulty was the means God used to trick the army of Moab. Two birds with one stone! The lesson was that the hand of God would work in their favor if they would seek His face and listen to Him.

Consider: The next time you face a dead end and feel the Lord is working against you, stop and seek His face. Find out how He would have you proceed. The difficulty may be preparation for a victory in your life.

Streams in the Desert – July 3

One day in early summer I walked past a beautiful meadow. The grass was as soft and thick and fine as an immense green Oriental rug. In one corner stood a fine old tree, a sanctuary for numberless wild birds; the crisp, sweet air was full of their happy songs. Two cows lay in the shade, the very picture of content. Down by the roadside the saucy dandelion mingled his gold with the royal purple of the wild violet. I leaned against the fence for a long time, feasting my hungry eyes, and thinking in my soul that God never made a fairer spot than my lovely meadow.

The next day I passed that way again, and lo! the hand of the despoiler had been there. A plowman and his great plow, now standing idle in the furrow, had in a day wrought a terrible havoc. Instead of the green grass there was turned up to view the ugly, bare, brown earth; instead of the singing birds there were only a few hens industriously scratching for worms. Gone were the dandelion and the pretty violet. I said in my grief, “How could any one spoil a thing so fair?”

Then my eyes were opened by some unseen hand, and I saw a vision, a vision of a field of ripe corn ready for the harvest. I could see the giant, heavily laden stalks in the autumn sun; I could almost hear the music of the wind as it would sweep across the golden tassels. And before I was aware, the brown earth took on a splendor it had not had the day before.

Oh, that we might always catch the vision of an abundant harvest, when the great Master Plowman comes, as He often does, and furrows through our very souls, uprooting and turning under that which we thought most fair, and leaving for our tortured gaze only the bare and the unbeautiful.
–Selected

Why should I start at the plough of my Lord, that maketh the deep furrows on my soul? I know He is no idle husbandman, He purposeth a crop.
–Samuel Rutherford

“We have become a taunt to our neighbors, mocked and derided by those around us. How long, O LORD? Will you be angry forever? Will your jealousy burn like fire?” – Psalm 79:4-5 ESV

God’s people had been taunted and mocked. Then, when they called to God, nothing seemed to change. So Asaph, the writer of this psalm, blamed God for their problems. But eventually he realized that God was their only hope. With this realization, he continued to cry out to Him.

He realized that previous generations had made mistakes, but he asked God not to remember these past iniquities. He admitted that they were “brought very low.” In humility, Asaph asked that His compassion would come “speedily to meet us” (v. 8).

It’s easy to blame God for our problems. But as Asaph discovered, the truth is that we can hope in Him even when it seems He is not acting. Asaph prayed that God would act in ways that would be visible to everyone, that He would hear the groans of His people and act according to His great power, and that He would “return sevenfold into the lap of our neighbors the taunts with which they have taunted you, O Lord” (v. 12).

Asaph knew that God’s people depended on Him. They might have made mistakes, but as they humbled themselves, they could call on Him. They were the sheep of His pasture and would thank Him forever: “From generation to generation we will recount your praise” (v. 13).

Whatever problems you face, don’t give up hope. Turn to God. Commit your needs to Him. Trust in Him.

Through these he has given us his very great and precious promises, so that through them you may participate in the divine nature, having escaped the corruption in the world caused by evil desires.
2 Peter 1:4
DailyVerses.net