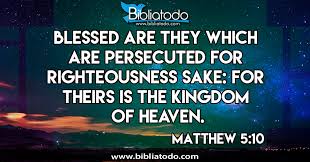 Blessed are those who are persecuted for righteousness’ sake, for theirs is the kingdom of heaven. (Matthew 5:10, ESV)

I used to have nightmares about King Sisyphus—not really the wake-up-in-a-sweat dreams of childhood, but more the kind of gut-punching thoughts that plague the daytime. Those are worse because you don’t wake up.

But I’m getting ahead of myself. First, let’s talk about who this king was. According to Greek mythology, King Sisyphus was the Machiavellian politician of his day. While responsible for a number of advancements in navigation, he also made a name for himself by inviting potential rivals to stay at his place and then killing them off to boost his own influence. He had enough wit to stay ahead of the game for many years—until he got caught.

His punishment for all his misdeeds, according to the story, was to push a heavy rock up a hill for eternity. He heaved and puffed and shoved and moved the massive boulder inch by inch up the slope. Then, just as the top came in sight—no matter what the wily king did—the boulder slipped from his grasp and rolled right back down the hill. Sighing, Sisyphus plodded after it and started all over. Heave, puff, roll, sigh. Heave, puff, roll, sigh.

During my younger days, when I fooled myself into thinking the universe had no Creator, that’s how I envisioned my life: a useless toiling toward a goal that didn’t exist. I pressed forward . . . toward nothing. I strived . . . for nothing. I aimed . . . at nothing. All I knew was the effort. There could be no ultimate goal. My rock went up; my rock came down. As I said, it was a walking nightmare.

After God took the rock of my own efforts and smashed it with the sledgehammer of His grace, I somehow imagined Christianity would be easier. I envisioned taking up this cross He spoke of and skipping through daisies toward the celestial city. I assumed the narrow path went straight to the gates without the least resistance.

What can I say? I was naïve.

My real awakening came from studying the history of the church. After the resurrection of Christ, there’s one theme you don’t find in Acts and the epistles: You don’t find an easy-go-lucky jaunt up the hill for the followers of Christ. You find Stephen being stoned to death, and Peter being saved from prison at the last minute. You find Paul heading from one city that hates him to another that loathes him—with associated beatings, whippings, and shipwrecks. You find James telling people that persecution is a good thing because of the endurance it produces.

When John tells us about the future of the world, he doesn’t describe fields of poppies and smiley faces. Let’s summarize his vision: pain, death, more death, and then, when nearly all hope has been sucked from the world, Jesus.

I really shouldn’t have been surprised by this. But coming from a background of unbelief and purposeless toiling, I carried false assumptions. This was mainly because I didn’t know my Bible.

Jesus, however, gives it to us straight. You’re blessed when you suffer for His name and for righteousness. You’ll notice the statement isn’t conditional. He didn’t say if we’re persecuted; instead, He said “those who are persecuted” (check out Matthew 5:11 for more). In fact, if everything seems too easy and the road flattens out, that’s when you need to worry. 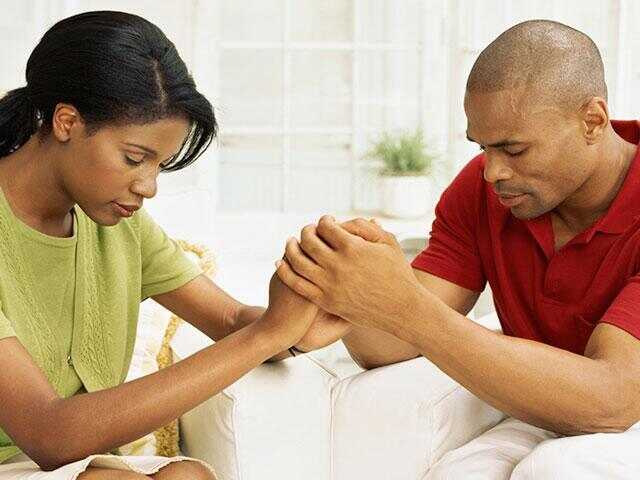 After the “Amen,” the six-year-old looked up and said, “You really love God, don’t you?”

When Robert and I took our little friend for a hamburger, we held hands and had a blessing before we ate. Apparently, her family didn’t do that, at least not in public.

Another time, we prayed before eating while in Brazil with two of our sons. We raised our heads to see a stranger leaning over our table. With tears in his eyes. he said, “One of these days, I will do this with my family.”

He confessed to being unfaithful as a husband and father. His sinful lifestyle had destroyed his family. He’d become a Christian a year earlier, and his deepest desire was to see them come to know the Lord and for the family to be restored.

You might think, “Why not pray silently while putting my napkin in my lap? Does it matter if I bow to pray while in public?”

I’m sure God hears our prayer either way, so does it matter?

Both of these times, we were going about life, being ourselves, doing what we do. We had no idea we were being watched.

Our little friend observed and understood that we love God. The stranger at breakfast saw that we love God and each other. It quickened a longing deep in his heart and brought him to tears.

These situations made Paul’s words to the Corinthians come alive for me,

“You yourselves are our letter of recommendation, written on our hearts, to be known and read by all.” 2 Corinthians 3:2 (ESV)

Paul didn’t need people to write commendations for him, because people could look at the Corinthians to see the effect of Paul’s message in their lives. Likewise, others learn about God by watching us.

Robert’s recent visit to pastors that his father worked with while planting churches in Brazil renewed the awareness that people read our lives, and that it matters what we do.

Time after time, people who knew his parents told of events or conversations that occurred through the course of their service there. None were big or spectacular, but they revealed lessons learned through daily life, lessons never forgotten.

One woman commented that Robert’s mother always dressed nicely. Consequently, when she offered to drive her and a friend to the country to a party for a young bride, they copied her and dressed up for the occasion, so they would look their best.

However, when Mom arrived to pick them up, she greeted them, paused, and asked, “Have you thought about who we’re going to see? These people don’t have much. I think they’d be more comfortable if we dress simply when we visit with them.” She kindly and gently sent them back to dress more simply.

She cared about others, and they learned from that experience to think of others too. And they loved her for it.

We do not live in a vacuum. We are letters whether we realize it or not, and whether we like it or not. The way we live reflects upon our family, workplace, church, and — if we call ourselves Christian — on our God.

As we go about life, people notice what we do and how we do it. They see whether we are angry and judgmental or kind and loving. What they read in us may be their only letter of recommendation about Jesus. Our actions or attitudes could lead them to turn their backs on Him.

On the other hand, many people have given their lives to the Lord because of the righteousness, peace, and joy — the testimony or commendation — they see in a believer.

Jesus said, “Let your light shine before others, so that they may see your good works and give glory to your Father who is in heaven” Matthew 5:16 (ESV)

Streams in the Desert – July 6

A life was lost in Israel because a pair of human hands were laid unbidden upon the ark of God. They were placed upon it with the best intent, to steady it when trembling and shaking as the oxen drew it along the rough way; but they touched God’s work presumptuously, and they fell paralyzed and lifeless. Much of the life of faith consists in letting things alone.

If we wholly trust an interest to God, we must keep our hands off it; and He will guard it for us better than we can help Him. “Rest in the Lord, and wait patiently for him: fret not thyself because of him who prospereth in his way, because of the man who bringeth wicked devices to pass.”

Things may seem to be going all wrong, but He knows as well as we; and He will arise in the right moment if we are really trusting Him so fully as to let Him work in His own way and time. There is nothing so masterly as inactivity in some things, and there is nothing so hurtful as restless working, for God has undertaken to work His sovereign will.
–A. B. Simpson

2 Kings 5:10-12 10Elisha sent a messenger to say to him, “Go, wash yourself seven times in the Jordan, and your flesh will be restored and you will be cleansed.” 11But Naaman went away angry and said, “I thought that he would surely come out to me and stand and call on the name of the LORD his God, wave his hand over the spot and cure me of my leprosy. 12Are not Abana and Pharpar, the rivers of Damascus, better than any of the waters of Israel? Couldn’t I wash in them and be cleansed?” So he turned and went off in a rage.

Naaman was a great commander in the army of the king of Aram. He had contracted some type of skin disease. His wife’s servant was a young girl from Israel. The young girl spoke of a prophet that could cure Naaman. With the king’s permission, he journeyed to Israel to be cured. The king of Israel thought it was a ploy to have reason for the king of Aram to go to war with Israel. Elisha sent word that the king of Israel need not worry. He asked that Naaman be sent to him so that Naaman would know there was a prophet in Israel. God was pursuing Naaman by means of his affliction. If Naaman believed Jehovah’s prophet could cure, then he would believe in Jehovah.

Naaman had other issues to be dealt with, namely his pride. Instead of going out to meet this esteemed commander, Elisha just sent a messenger. God’s direction for healing was humbling. The Jordan is dirty and mucky. Pride sent Naaman into a rage at this simple request, but his servants calmed him down and helped him to humble himself. After the seventh dip Naaman came up with skin like a young boy’s. He had a conversion experience. His outward cleansing caused him to trust in God for an inward cleansing. He took soil back from Israel so that upon it he could worship the God that he now knew to be the one true God.

The biggest miracle was not that his skin was cleansed but that his heart was changed. God pursues all people with the desire to see them know Him. Will we humble ourselves and let Him do a miracle in our lives, or demand that He meet our expectations?

Consider: Humble yourself in the sight of the LORD and He will lift you up.