The Lesson of the Washcloth 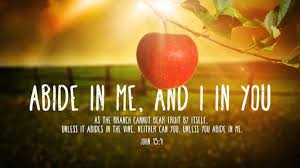 My longtime friend came for lunch, bounding in the door, effusing hugs and giggles with her signature enthusiasm for life. We hadn’t seen each other in-person for several years, but as friends and sisters in Christ, we shared a history that spanned a few milestone-filled decades.

Anne handed me a small gift bag made of colorful cloth, ribbon-tied with flair. At her request, I emptied it onto the counter. Most of the items were practical, yet thoughtful goodies, including a devotional and Scripture verse. My eyes fell to a curious piece of knitting, a small rectangle of dark green yarn. Explaining how she was just learning to knit, Anne proudly held up her first project, a “washcloth.” As she dangled the stitching between us, two rather sizable holes became obvious – not lacey, planned holes for effect. These were irregularly spaced holes where stitches had been accidentally lost.

“I don’t know how those holes got in there,” she announced with an infectious laugh. Thanking her for her thoughtfulness, we went on to enjoy our short time together as couples – eating, sharing, and celebrating friendship.

All too soon, it was time to part. When final goodbyes were said and our friends pulled away, I reached for the small swatch of knitting once more. I was genuinely moved, but I wasn’t sure why. And then I began to understand its significance. Anne had entrusted me with her handiwork – though it was flawed. Would I have taken that risk, or would my pride have overruled?

The Bible tells us,

“Since God chose you to be the holy people he loves, you must clothe yourselves with tenderhearted mercy, kindness, humility, gentleness, and patience, Colossians 3:12,” (NLT).

I had witnessed my friend’s spiritual fruit in action.

Tears bubbled up as I realized that Anne also trusted me with her imperfection. She wasn’t looking for my approval. This small green square of knitting was a reminder of our long-held friendship, a journey not without its own trials and breaches of understanding. Just as Laban declared in Genesis 31:48: “This pile of stones will stand as a witness to remind us of the covenant we have made today, (NLT)” I knew the washcloth stood as a witness of our covenant relationship. Though not perfect, we were bound together in Christ’s love and forgiveness.

The Lord continued to layer His truths into my heart. What joy that we can come before the Heavenly Throne as imperfect products, flawed by sin, while our Heavenly Father sees us through the filter of Christ’s sacrifice on the cross.

“Even before he made the world, God loved us and chose us in Christ to be holy and without fault in his eyes,” Ephesians 1:4 (NLT).

When we ask for forgiveness, despite our “holes,” our sins, Father God cherishes us as His children. Indescribable grace and mercy!

“He is so rich in kindness and grace that he purchased our freedom with the blood of his Son and forgave our sins,” Ephesians 1:7 (NLT).

It became clear that this little washcloth was much more than it would appear. It represented the way God has shown us to live in relationship with one another in the Body of Christ – with humility, trust, and love. It also shouted grace, mercy, and forgiveness – highlighting the loving Covenant with Father God. I knew then that this washcloth would not be used for washing dishes, but for teaching me how to live. Who would have imagined so much truth would be woven into a simple knitted washcloth?

“Instead, we will speak the truth in love, growing in every way more and more like Christ, who is the head of his body, the church.” Ephesians 4:15 (NLT)

2 Kings 5:25-26 25Then he went in and stood before his master Elisha. “Where have you been, Gehazi?” Elisha asked. “Your servant didn’t go anywhere,” Gehazi answered. 26But Elisha said to him, “Was not my spirit with you when the man got down from his chariot to meet you? Is this the time to take money, or to accept clothes, olive groves, vineyards, flocks, herds, or menservants and maidservants?

After Naaman was healed, he offered Elisha a small fortune. Elisha refused to take anything and sent Naaman home in peace. Gehazi, the servant of Elisha, thought they had missed an opportunity to make some financial gain. He ran after the caravan and made a very creative lie. He told Naaman that two prophets showed up just after he left and they wanted to give them some silver and sets of clothes. Naaman gladly gave these to Gehazi.

Gehazi brought them back and hid them. Elisha gave Gehazi a chance to come clean by asking him where he had gone. Gehazi lied again and said, “Nowhere.” After all the miracles he had seen, all the supernatural discernment in Elisha, you wonder how he thought he would get away with this. Not only that, but he had so much evidence that there is a God who is just and righteous.

Elisha told Gehazi that his spirit was there when Naaman got down from his chariot. I imagine Gehazi’s heart stopped about then. Elisha asked, “Is this the time to take money, or to accept clothes, olive groves, vineyards, flocks, herds, or menservants and maidservants?” Is this the time to get rich? Should our simple obedience to God warrant earthly treasure, or are we laying up treasure in heaven? Gehazi demonstrated that he was after earthly reward. God does supply our physical need, but where is our heart set? Why do we serve? If we must make up stories, we know something is amiss.

Remember Jesus’ words: Lay up your treasure in heaven where neither moth nor rust corrupts and where thieves cannot break in and steal it.

Streams in the Desert – July 7

There is a very famous “Pebble Beach” at Pescadero, on the California coast. The long line of white surf comes up with its everlasting roar, and rattles and thunders among the stones on the shore. They are caught in the arms of the pitiless waves, and tossed and rolled, and rubbed together, and ground against the sharp-grained cliffs. Day and night forever the ceaseless attrition goes on–never any rest. And the result?

Tourists from all the world flock thither to gather the round and beautiful stones. They are laid up in cabinets; they ornament the parlor mantels. But go yonder, around the point of the cliff that breaks off the force of the sea; and up in that quiet cove, sheltered from the storms, and lying ever in the sun, you shall find abundance of pebbles that have never been chosen by the traveler.

Why are these left all the years through unsought? For the simple reason that they have escaped all the turmoil and attrition of the waves, and the quiet and peace have left them as they found them, rough and angular and devoid of beauty. Polish comes through trouble.

O blows that smite! O hurts that pierce
This shrinking heart of mine!
What are ye but the Master’s tools
Forming a work Divine?

It had been a difficult morning for my wife. The dreadful, disabling effects of her multiple sclerosis were too real to deny. She felt the bruising weight of it all. We lived with good, caring neighbors in our assigned location in northern Nigeria. They showed that they cared.

That morning two of the neighbor women kindly checked in on Thelma. The first neighbor who came saw that it was a difficult day for her. Thelma couldn’t conceal her struggle. As they talked, tears welled up; they erupted into open crying. Quickly and with obvious discomfort, the well-meaning neighbor responded to her tears with the words, “Don’t cry, Thelma; don’t cry.” Thelma forced herself to stifle her sobs.

Shortly after that neighbor left, a second kind neighbor came. She also observed that it was a difficult morning for Thelma. The tears may have been choked back, but they were still there, and they rose again. The neighbor saw them, and, wrapping her arm around my wife’s shoulder, she said, “Cry, Thelma; just cry.”

As Thelma described the experience to me, I knew what she found helpful. It was a good lesson for me.

Just as Paul wrote in Romans 12, we can rejoice with those who rejoice, but we can also weep with those who weep. That’s real caring as we try to be a neighbor—the kind God wants and enables us to be.

God, our Father, thank you for being the Father of compassion. Mold and shape us today into your compassionate likeness. Amen.

I want to know Christ—yes, to know the power of his resurrection and participation in his sufferings, becoming like him in his death.
Philippians 3:10
DailyVerses.net