Ever Been Mad at God? 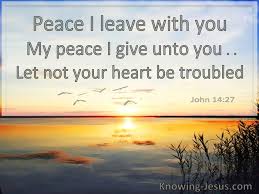 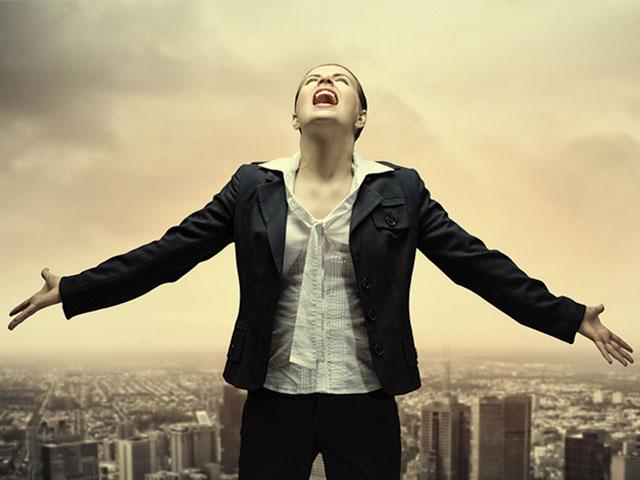 Have you ever been mad at God? Most of us have because in a sense, at times, we lose the light to our path. We start to get into trouble in this life when we try to figure out where God is taking us. We get into a vicious cycle of since this happened God must be doing this or since I didn’t get this job this must be what He wants. Satan loves when we try to figure out God because then, our focus is on us and not others. Many problems in this life come from our own selfish desires.

If we could figure out God, He would not be God! So why do we spend countless hours fretting about our future? The farther we are from Jesus, the more control we desire. The closer we are to Jesus, the more we see His love for us. Sometimes we see wicked men succeed (in a worldly sense) and sometimes we see the righteous suffer (in a worldly sense). When we question this, we are trying to figure out God’s scales for justice. I have questioned God for many years. Why did He take my dad when I was 13? Why did I smoke that joint and it ruined many aspects of my life? Why did our son get Autism? Why? Why? Why? My problem and yours with God will always be an issue when we try to make this world heaven.

No wonder we are frustrated with the plans we see. We see injustice but we don’t see behind the scenes. At Disney World, there is a whole city underneath the Magic Kingdom. People are changing clothes, making outfits, and doing all the work to make everything above ground go according to plan. I am sure it looks like chaos underneath, so on top, all we see is a smoothly functioning theme park. In this life, we equate joy with being in control. We want to make sure we have all the parts and pieces going in the right direction as that will ensure safety for us.

No matter how much money you have, how secure your job, your health or your future – it can all evaporate in an instant; YES an instant.

The verse that follows is at the end of the book of Job. After all the questions and concerns, God finally answers Job and his friends. This is just part of what God says:

“Can you make lightning appear and cause it to strike as you direct? Who gives intuition to the heart and instinct to the mind? Who is wise enough to count all the clouds? Who can tilt the water jars of heaven when the parched ground is dry and the soil has hardened into clods? Can you stalk prey for a lioness and satisfy the young lions’ appetites as they lie in their dens or crouch in the thicket? Who provides food for the ravens when their young cry out to God and wander about in hunger?” Job 38:35-41 NLT

Even though the lion hunts, God brings the lion its prey. Don’t ever be so arrogant that you think all your hard work, long hours, and playing politics will get you the next big deal or the next championship. We do what we can with the talents God gave us BUT the victory is the Lord’s and the Lord’s alone.

You can work 24 hours a day, give it all you can – and if God does not want it to happen, it won’t. If you want to get mad at God, then transfer that over to Satan who has twisted you into thinking that God does not love you. That is a lie of Satan; it is not from God. God is the only place you can turn to. Today, stop believing a lie that you are the master of your ship and in control of your destiny. All we are called to do is put our hand to the plow with our talents, but it is God and God alone who sends the rain. Oh, and by the way, STOP trying to make this life heaven. When you look to death and heaven as your reward, then nothing on this earth can steal your joy, nothing! That is true victory.

2 Kings 7:8-9 8The men who had leprosy reached the edge of the camp and entered one of the tents. They ate and drank, and carried away silver, gold and clothes, and went off and hid them. They returned and entered another tent and took some things from it and hid them also. 9Then they said to each other, “We’re not doing right. This is a day of good news and we are keeping it to ourselves. If we wait until daylight, punishment will overtake us. Let’s go at once and report this to the royal palace.”

The Arameans laid siege to the capital of Israel, Samaria. The people inside the city were slowly starving to death. Some of them even ate their own babies. The king of Israel became furious against the LORD and His prophet and determined to kill him. When he arrived at the room of the prophet Elisha, Elisha prophesied that the next day there would be an abundance of food. That was very hard to believe, but the king backed off.

A group of lepers decided to go out to the Aramean camp. They decided that staying or going they would probably die, but by going they might find mercy. When they arrived, the army was gone and all their goods were still there. They began to raid the tents, hiding the goods, until their conscience got to them. They knew they needed to tell the starving people of the city.

The king of Israel thought it was a trap, so he sent a small group of chariots to see what had happened. They followed a trail of forsaken goods all the way to the Jordan River. The LORD had caused the sound of a great army to frighten the Arameans away.

We are like those beggars when we come to Christ. We have lived in a land starving for truth. People are desperate. We found the answer in abundance and begin to stash away the truth in our hearts, hiding it there. Then our conscience gets to us. What about all the others, who are holed up in the city, slowly dying, waiting for someone to tell them the good news, “The enemy is defeated!”? We are not doing right by keeping this discovery to ourselves.

“Forgive us our debts, as we also have forgiven our debtors.” — Matthew 6:12

Jesus taught his followers this prayer, and it is often called “The Lord’s Prayer.” But it is a prayer that Jesus didn’t need to pray. He had no debts or sins for which he needed forgiveness. His disciples did, though, so he taught them this prayer. We also need this prayer, don’t we?

Acknowledging that we need forgiveness is not easy. But look at the last part of this request: “. . . as we also have forgiven our debtors.” I sometimes wonder, “If God were to forgive us as we forgive others, how forgiven would we be?”

A difficult experience we had in Nigeria makes me think about this prayer. The steward we hired was a trusted part of our family. He knew our ways, including the place where we hid the key for our cash drawer. We caught him one day—almost in the act of taking money from the drawer.

Even so, he denied it—strongly. Then later, but not willingly, he admitted what he had done. He begged us to forgive his “debt.” It was not easy to forgive. We were hurt and grieved. Did he deserve forgiveness? But what about us—did we deserve God’s forgiveness for our sins?

We prayed. We sought the advice of a wise Nigerian friend. We were led to forgive our steward, and he continued to work for us.

Lord, we are debtors. For­give us our debts. Shape us into forgivers who also dare to pray the rest of this petition: “. . . as we also have forgiven our debtors.” Amen.

“I have set my rainbow in the clouds, and it will be the sign of the covenant between me and the earth.” — Genesis 9:8

That Friday evening, I saw one of the most beautiful sights I will ever see. No, I wasn’t hiking in the mountains or watching the sunset. I was in a very ordinary setting actually – just driving home through downtown Richmond in rush hour traffic. The weather had developed schizophrenia and my windshield wipers were flashing at full speed even though the sun was shining. People were huddled under trees as they waited for their bus, and businessmen in suits were dashing toward their parking garages. The traffic report was not in my favor, and I resigned myself to a long drive home. That’s when I saw it.

One end of a rainbow touched the end of my street, seeming completely out of place with the city skyline and blaring horns. But the rainbow was there all the same; in fact, it grew brighter, until the colors were as distinct as they are in a child’s coloring book. Then a second rainbow appeared over this first one, and as I got closer I could see both ends of the rainbows. I kept snapping pictures on my cell phone, even though I knew that no camera in the world could really capture those colors. That dreary late afternoon commute changed into something that was, well, magical – or, as Noah would have said, miraculous. That very ordinary day was transformed by the visible reminder of God’s promise to Noah.

The commentator Matthew Henry read the Genesis passage and wrote these words: “The rainbow is the reflection of the beams of the sun, which intimates that all the glory and significancy of the seals of the covenant are derived from Christ the Sun of righteousness… As God looks upon the bow, that he may remember the covenant, so should we, that we also may be ever mindful of the covenant, with faith and thankfulness.”

God displayed a visible reminder of His everyday grace on Friday for anyone who looked up, reminding me of the promise He made to extend a common grace to all living things. How often do I take that promise for granted? The truth is, I nearly yelled at a driver on that same drive home after I saw the rainbows, letting a momentary panic get in the way of meditating on an eternal promise. My perspective so often slips into the ordinary, when God’s daily grace is all around me. My prayer this week is that I will not lose focus, but instead, remember the rainbow. Everything else pales in comparison with the brilliance of His glory.

However, I consider my life worth nothing to me; my only aim is to finish the race and complete the task the Lord Jesus has given me—the task of testifying to the good news of God’s grace.
Acts 20:24
DailyVerses.net