Restoration of Everything Satan Took 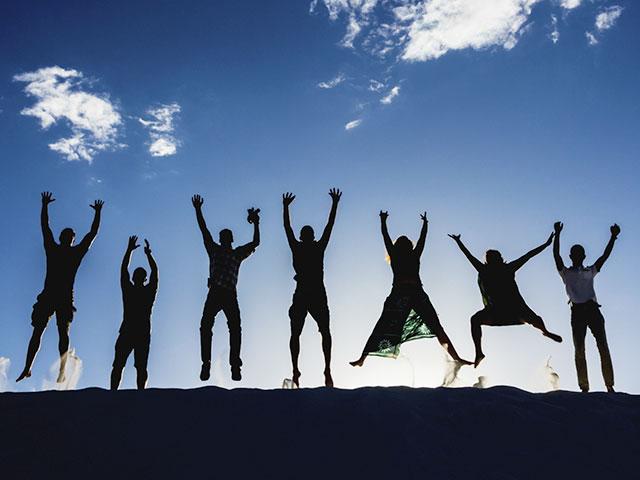 Prophecies for the future are already beginning to come to the body of Christ. Last night at a prayer meeting at the church I attend, the pastor shared that he believed God was calling the year ahead as the year of “rest.”

Resting sounded like a wonderful thing to do. But since we should be preparing for the end-times, I didn’t understand how we had the time to spare by doing nothing.

Then the Lord spoke to my heart this acronym:

Restoration of
Everything
Satan
Took

Wow! The picture of getting back all that the enemy has stolen from us would certainly line up with progress in spite of the lack of struggle. I could not help but think of the world striving and realized that with rest … all striving would cease. We could see God prospering us financially, spiritually, physically, and know that in every area of our lives, we would know victory.

I pictured our churches filling up without the gimmicks we are using to attract the lost. Away with the free turkey if you visit. Away with the competition to come up with the sharpest looking church Website. And away with the yard sales, candy sales, etc. in order to raise money for various church building projects.

God is going to give back to the church all that Satan took. He has robbed us of our finances, lured our loved ones into sin, and tried to weaken us in our physical bodies. But the Lord is saying, “Enough!”

Here is a promising scripture:

“The Lord will guide you always; he will satisfy your needs in a sun-scorched land and will strengthen your frame. You will be like a well-watered garden, like a spring whose waters never fail. Your people will rebuild the ancient ruins and will raise up the age-old foundations; you will be called Repairer of Broken Walls, Restorer of Streets with Dwellings” (Isaiah 58:11-12 NIV).

The Lord has promised to guide, satisfy, prosper, refresh, rebuild, raise up, repair, and restore his people. The church of the future will be a mighty church that will be able to do more and will not have to try so hard for the results.

This sounds unbelievable I know, but I believe it. Our God is a God of increase and blessing. He will hear and answer our prayers as we declare what He says about things and then we begin believing it.

Why don’t you join me in trusting God for many surprising miracles in the future? Let’s see what great and mighty works He will do.

2 Kings 11:13-14 13When Athaliah heard the noise made by the guards and the people, she went to the people at the temple of the LORD. 14She looked and there was the king, standing by the pillar, as the custom was. The officers and the trumpeters were beside the king, and all the people of the land were rejoicing and blowing trumpets. Then Athaliah tore her robes and called out, “Treason! Treason!”

When Amaziah died from the wounds inflicted by Jehu, his mother, Athaliah, decided to take over as supreme ruler. This wicked lady killed all but one of her own grandchildren. A sister of Amaziah hid one of her nephews in the temple. When the child, Joash, was barely old enough to reign, Athaliah reaped what she had sown. The priest Jehoida declared Joash king at the tender age of seven. Athaliah heard everyone shouting and clapping, and she yelled, “Treason, treason!” The people could have answered her, “Yes that was your crime.” The wicked often accuse others of the things of which they are guilty. They are familiar with the sin because they live it daily, but in their twisted minds they have cleared themselves while accusing everyone else. They are shocked when justice against them prevails.

When we see wickedness prevail and are accused of the very things our adversary is guilty of, remember, Satan is the accuser of the brethren. God will deal with wickedness when the time is right. The people of the land also tore down the temple of Baal in Judah and killed the priest of Baal. Then they made a covenant with God and with their new king.

Consider: God is not looking the other way. He is laying the groundwork for His will to be done in His perfect time.

My Day at the Beach That Wasn’t Any Such Thing

For the waves of death encompassed me, the torrents of destruction assailed me… (2 Samuel 22:5).

Your wrath lies heavily upon me, and you overwhelm me with all your waves (Psalm 88:7).

I have many times stood upon the shore of a peaceful Atlantic ocean gazing East to the sunrise, pondering the vastness and the depth of God. This was not one of those times.

Today, I wanted to catch some fish. It was my only two hours of alone time during the whole week of family vacation to Isle of Palms. I decided to bike down to the point I’d walked to earlier that morning. This was mistake number one. I popped the chain on that old bike about half-way down the beach, and ended up having to push it the rest of the way with one hand while holding my fishing pole (and trying not to hook myself) with the other.

When I finally got there the waves had risen to a height I’d not encountered in any of my last four seasons on Atlantic beaches. I could barely cast my lure over them, and if I did succeed, I’d soon get knocked over. So, alright. You know what? I’ve been wanting a showdown. “Let’s see whatchya got,” I said, to either myself, God, or the forces of nature. I took my pole back to shore and I waded out to war.

I adopted my best linebacker stance and stood up to the six-foot waves as best I could. I tried body surfing and nearly swallowed a gallon or two of seawater. I tried jumping over, diving under, and shouldering through. And while I was doing all of it I was telling God or whoever would listen how hard a time I’d been having of it. (“Sure,” you’re saying, “a week of luxury beach vacation with the family; you’re really struggling.” But it’s true).

Why do I put on weight so easily? Why do you not seem to hear me anymore? Why am I not satisfied in my soul? Why do my simplest desires – like to ride a bike down a beach and catch a fish – result in such discouraging and powerful setbacks? Why is my faith bruised and how do I start to care for the people of God again? Huh?!

The good news is I was exhausting myself, getting this out of my system, and ‘praying.’ That I was again getting a sense of myself in this rough place called The World and how puny I am in relation to the created universe.

The bad news is I was becoming more dejected. When I finally gave up and told God I recognized his bigness and my smallness, I sat in the surf and tried to really connect, to really give it all to him, to really make this the milestone day from which everything was different for the rest of my life.

But it was just words. Nothing seemed to rise. I couldn’t make my heart climb into my prayers. And I couldn’t figure out how or when I had lost it, or what to do about it.

I paced to shore defeated and dejected. What progress had I made? At best today was a humbling, at worst a humiliation. My head drooped, and I looked down.

What I saw further discouraged me. For a length of several yards, the shallow foam washing back out was running at the same pace as my strides walking back in. The optical illusion was one of getting nowhere. Moving, but remaining in the same place.

That’s when, finally, this: “You know you’re making progress. You know, despite how it looks, that you’re getting closer to shore with every step. Likewise, today was progress. Tomorrow will be a step. As will the next. My grace is a wave infinitely more powerful and cleansing than these, and My footprints don’t wash away.”

I sighed, but I smiled. “Step by step you lead me, and I will follow you all of my days…” Step-by-step is exactly how I got home that day, beaten, extremely chafed, shoeless, pushing a bike and carrying a pole. And, I’m happy to report, that’s exactly how I’m getting back home in my spirit as well.

Therefore no one will be declared righteous in God’s sight by the works of the law; rather, through the law we become conscious of our sin.
Romans 3:20
DailyVerses.net