The Story About the Greatest Reversal Ever! 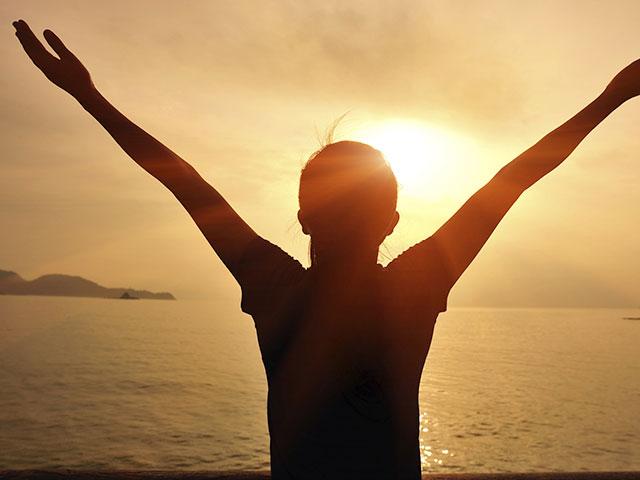 Stories with reversals make the best tales, don’t they?  We cheer for the high school nerd who gets the girl while the popular jock is left in the dust. We shout for joy when the quaint, small mountain town fends off a large New York development firm from building a ski resort. And we’re happy to see the upstart political campaign win against the well-financed veteran from D.C.

These kinds of stories are so great because life doesn’t always turn out this way in the real world. Often it seems like the ones who win are the rich, well connected, and powerful; while the poor, defenseless, and weak suffer the consequences.

What’s so great about God’s Story is that what rarely happens in real life actually comes true! The lowly are lifted, the high and mighty are torn down, the proud are scattered, the hungry are filled.

By stepping into our world, God through Jesus Christ paved the way for deliverance from the wickedness that comes from the proud, mighty, and rich.

And yet, what God is revealing here through Mary’s song isn’t simply the demise of political dictators and fat-cat CEOs. Rather, anyone who does not fear God and look to him to supply their needs is in trouble.

You see, part of the problem with the mighty, the proud, and the rich is that their hope isn’t in God but in themselves. And Mary’s song warns that God is against such people — tearing them down and sending them away empty. Because only “those who hunger for [the Mighty One] will always be filled.” (Luke 1:53, TPT)

The “smug and self-satisfied,” however, “He will send away empty.” These people are anyone who is self-sufficient and declare they need no salvation. God raises up the lowly, but the mighty want to raise up themselves. Throughout Luke’s gospel, this spirit of self-exaltation is the key to sinfulness — as Proverbs 16:18 says, “The higher you lift up yourself in pride, the harder you’ll fall in disgrace.”

In Luke 6, Jesus speaks blessings over the lowly and the hungry — just like in Mary’s song. But to the rich and the well fed, “What sorrows await,” Jesus says.

Through Mary and her “mighty miracle,” God is finally delivering his people — all people — but that deliverance, mercy, and salvation only extends to those who fear him, the song says. To those who trust God and God alone for that rescue.

This season, what do you need deliverance from? Are you looking to God or yourself? “Be willing to be made low before the Lord, and he will exalt you!” James reminds us in James 4:10 (TPT).

Because unlike real life, our God produces the greatest of reversals by lifting up the lowly. God the Father did so for his Son, raising him from the dead when all seemed lost; God the Son did so for you, by dying for you at just the right time when you were dead in your sins; God the Holy Spirit continues to work on our behalf, keeping his promises to Abraham’s descendants forever — all of which is cause for great joy!

Streams in the Desert – July 14

Is not this altar inviting thee? Shall we not ask to be bound to it, that we may never be able to start back from our attitude of consecration? There are times when life is full of roseate light, and we choose the Cross; at other times, when the sky is grey, we shrink from it. It is well to be bound.

Wilt Thou bind us, most blessed Spirit, and enamor us with the Cross, and let us never leave it? Bind us with the scarlet cord of redemption, and the golden cord of love, and the silver cord of Advent-hope, so we will not go back from it, or wish for another lot than to be the humble partners with our Lord in His pain and sorrow!

The horns of the altar invite thee. Wilt thou come? Wilt thou dwell ever in a spirit of resigned humility, and give thyself wholly to the Lord?
—Selected

The story is told of a colored brother who, at a camp meeting, tried to give himself to God. Every night at the altar he consecrated himself; but every night before he left the meeting, the devil would come to him and convince him that he did not feel any different and therefore he was not consecrated.

Again and again he was beaten back by the adversary. Finally, one evening he came to the meeting with an axe and a big stake. After consecrating himself, he drove the stake into the ground just where he had knelt. As he was leaving the building, the devil came to him as usual and tried to make him believe that it was all a farce. At once he went back to the stake and, pointing to it, said, “Look here, Mr. Devil, do you see that stake? Well, that’s my witness that God has forever accepted me.”

Immediately the devil left him, and he had no further doubts on the subject.
—The Still Small Voice

Beloved, if you are tempted to doubt the finality of your consecration, drive a stake down somewhere and let it be your witness before God and even the devil that you have settled the question forever.

Jesus said… “If anyone wishes to come after Me, let him deny himself, and take up his cross, and follow me.” Matthew 16:24

You remember how to play Simon-Says, don’t you? It’s probably been a few years. It’s the children’s game where a leader gives verbal commands that are to be followed if and only if they are preceded by an explicit statement of permission bearing the warrant of mighty Simon himself. Non-“Simon-Says” commands are worthless, and following them only gets you in trouble.

Aside from being fun (for a few minutes anyway), the game also helps kids work on motor skills, coordination, listening skills, manners, and respecting authority. But, shhhh… don’t tell them that.

I’m not convinced the game’s so popular these days, as everyone’s more interested in raising leaders than followers anymore, but I digress.

Let’s just look closely at the three actions in the verse above, which begins not with “Simon Says,” but rather, “Then Jesus said…”

1) Turn Around (“let him deny himself…”). This is what denying one’s self is all about. Repentance. Seeing things God’s way. Going from darkness to light. Playing the fool for God. Even the notion of playing a child’s game is apropos here, as we must not use our own adult human knowledge and wisdom to accomplish this step, but instead we die to self and come willingly in faith like a child.

2) Bend Over, Stand Up (“take up his cross…”). When you pick up the cross, you have to set down other burdens, the other things that you tend to think define you. Taking up your cross does not equal the burden of being you, your identity. You are indeed unique, but each day you should take on something new from Christ that makes you more like Him.

3) Go Forward (“…and follow Me“). Following = sacrificial living. It’s advancement toward a Kingdom goal. In Matthew 8:1 we find that when Jesus “had come down from the mountain, great multitudes followed Him.” He had just finished teaching them; they had received instruction from one who had no place to lay his head and was feeding thousands on mere loaves and fishes. Moving forward in the Kingdom can only involve putting others in front of self. Is it really all that foreign to us? People sacrifice all the time to climb ladders in their career and for other personal goals. Why not sacrifice without the ladders?

“O LORD, how shall I deliver Israel? Behold, my family is the least in Manasseh, and I am the youngest in my father’s house.” – Judges 6:15 NASB

Gideon could not believe that God was calling him to deliver Israel. Looking at his life, he seemed completely unqualified. He did not feel he had the right training, resources, or experience. But God wanted him to realize that the key was obeying Him and trusting in Him. He promised to do the rest.

Many Christians fail to fulfill their God-given calling because they feel inadequate or afraid. They just look to themselves, not to God. Others feel that the challenges they face are too great, or that the opposition is too strong. Some give up because the path seems unclear, and they are not sure what to do.

How are you reacting to your problems and the things you are called to do? Do you feel you are being asked to do the impossible? Do you ever feel overwhelmed? Do you have doubts or questions? These are moments to renew your faith in God and believe that He will give you everything you need. Call on Him. Have faith. Trust in Him.

The wealth of the rich is their fortified city; they imagine it a wall too high to scale.
Proverbs 18:11
DailyVerses.net