The Light of God’s Truth 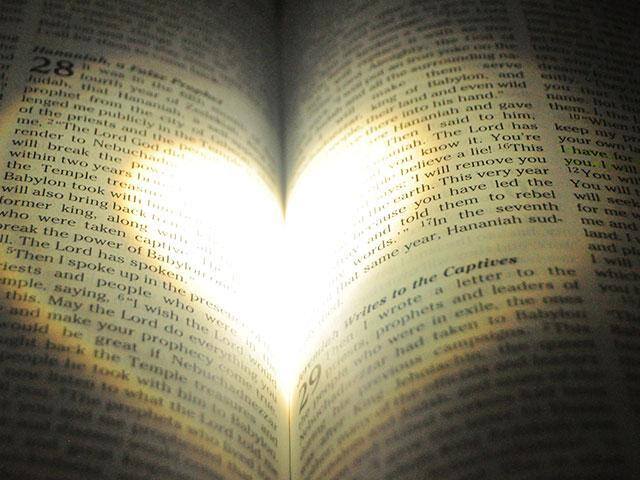 One of my favorite definitions of vision is “something seen otherwise than by the ordinary sight.” In other words, what you see in the natural should never limit what you can see by faith or by revelation.

Too often, we are moved by what we see naturally — and this isn’t a safe bet because feelings are involved. For example, when I was younger I had very poor self-esteem and had a hard time liking what I saw in my own mirror. My vision was limited to how I saw myself — based entirely upon emotion. Until one day, God helped me see what He saw — with eyes of faith.

It was a life-changing moment.

“As for me, I will see Your face in righteousness; I shall be satisfied when I awake in Your likeness.” (NKJV)

Certainly, this is a reference to eternal life. But I believe it also speaks of revelation, meaning an awareness of truth — an ah-ha moment (like the day God opened my eyes in front of my mirror to see more than I was actually seeing naturally).

“For it is the God who commanded light to shine out of the darkness, who has shone in our hearts to give the light of the knowledge of the glory of God in the face of Jesus Christ” (2 Corinthians 4:6 NKJV).

“…our lives filled up with light as we saw and understood God in the face of Christ, all bright and beautiful.”

I can raise my hand and testify this is what happened to me.

When I was looking at things naturally, I only saw shortcomings and failures. But when my vision lit up with the knowledge (and revelation) of righteousness and who we are in Christ, I saw everything differently. For the first time I was able to actually envision a bright and beautiful life— even if I wasn’t there yet.

I could see God’s goodness to me through Jesus.

I understood, like David, what a satisfaction it is to become aware of our righteousness in Christ— to know and understand that we are fully loved and accepted by God. When the light of God’s Word shone in my dark, ignorant heart, I was fully awakened to so much more than I had ever known (or believed) previously.

In the beginning, when God said, “Let there be light…” there was a light that divided the darkness (Genesis 1:3-4). And this is what God is still doing today. Through His Word, and by His Spirit, God is shining a great light upon darkened hearts and awakening people everywhere to His goodness, love, righteousness, joy, peace, and so much more.

“As for me, I will see Your face in righteousness; I shall be satisfied when I awake in Your likeness.”

2 Kings 25:19-21 19Of those still in the city, he took the officer in charge of the fighting men and five royal advisers. He also took the secretary who was chief officer in charge of conscripting the people of the land and sixty of his men who were found in the city. 20Nebuzaradan the commander took them all and brought them to the king of Babylon at Riblah. 21There at Riblah, in the land of Hamath, the king had them executed. So Judah went into captivity, away from her land.

All the kings who came after Josiah were ungodly. The Pharaoh of Egypt put Josiah’s son in chains after his three-month reign. Each successive king paid tribute to Egypt, and the last king paid tribute to Babylon. The final king was Zedekiah. He rebelled against Babylon but was captured. His sons were murdered before his eyes, and then his eyes were put out.

The buildings of Jerusalem were burned and pulled down. The temple was completely looted before it, too, was torn down. That was the sad end of Israel. 2 Kings 24:3,4 tells us that God was unwilling to forgive the land because of the idolatry and murders committed by King Manasseh. His legacy had so infected the nation that even the reforms of Josiah could not purge it.

Our passage today tells of the final destruction of what was left in Jerusalem. We are all like the nation of Israel. There is a call on our lives to live as an example of our God. Our life is to be a witness to the world. We are enticed along the way to do evil, to turn to other things besides the LORD for our pleasure. At times we are like David, Hezekiah, and Josiah, the good kings. At other times we are enticed to go the way of Manasseh. Like Israel we have choices that affect our destiny. Will we be as stubborn as they were and go our own way, so that, in the end, the justice of God must remove us? Or will we be what God has called us to be, examples of His truth, so that His blessings can overflow from our lives to the world? We are each a little king. Many lives are affected by our commitment or lack thereof. Serve the LORD with your whole heart!

Consider: What kind of a record would be left of my life if I died today?

Streams in the Desert – July 16

Because thou hast done this thing, and hast not withheld thy son, thine only son… I will multiply thy seed as the stars of the heaven; …because thou hast obeyed my voice (Genesis 22:16-18).

And from that day to this, men have been learning that when, at God’s voice, they surrender up to Him the one thing above all else that was dearest to their very hearts, that same thing is returned to them by Him a thousand times over. Abraham gives up his one and only son, at God’s call, and with this disappear all his hopes for the boy’s life and manhood, and for a noble family bearing his name. But the boy is restored, the family becomes as the stars and sands in number, and out of it, in the fullness of time, appears Jesus Christ.

That is just the way God meets every real sacrifice of every child of His. We surrender all and accept poverty; and He sends wealth. We renounce a rich field of service; He sends us a richer one than we had dared to dream of. We give up all our cherished hopes, and die unto self; He sends us the life more abundant, and tingling joy.

And the crown of it all is our Jesus Christ. For we can never know the fullness of the life that is in Christ until we have made Abraham’s supreme sacrifice. The earthly founder of the family of Christ must commence by losing himself and his only son, just as the Heavenly Founder of that family did. We cannot be members of that family with the full privileges and joys of membership upon any other basis.
–C. G. Trumbull

We sometimes seem to forget that what God takes He takes in fire; and that the only way to the resurrection life and the ascension mount is the way of the garden, the cross, and the grave.

Think not, O soul of man, that Abraham’s was a unique and solitary experience. It is simply a specimen and pattern of God’s dealings with all souls who are prepared to obey Him at whatever cost. After thou hast patiently endured, thou shalt receive the promise. The moment of supreme sacrifice shall be the moment of supreme and rapturous blessing. God’s river, which is full of water, shall burst its banks, and pour upon thee a tide of wealth and grace.

There is nothing, indeed, which God will not do for a man who dares to step out upon what seems to be the mist; though as he puts down his foot he finds a rock beneath him.
–F. B. Meyer

If we confess our sins, he is faithful and just and will forgive us our sins and purify us from all unrighteousness. — 1 John 1:9

As I entered the long hall of the nursing floor, I saw a special friend, her small frame dwarfed by her wheelchair. She had lost some of her stature, but her sharp mind was up to a challenge any time we talked. My heart warmed in seeing her again.

As I greeted her, I saw that her face was twisted in grief; tears flowed down her cheeks. I gently asked about her sadness. She told me that a close relative had died. But then she added, “That’s not what is making me so sad. I didn’t like her. I never prayed for her.”

What can we say?

But there is more to say, isn’t there?

Thank God, we can also say what I pointed out next to my friend: “God is very good at forgiving our past.”

And together we claimed the truth: “If we confess our sins, [God] is faithful and just and will forgive us our sins and purify us from all unrighteousness.” That’s the good news of God’s love for us. He forgives us completely and gives us a new life to live.

My friend needed this good news. I need it. We all need it. And thank God—it is truly good news. He forgives us our sins and purifies us from all unrighteousness.