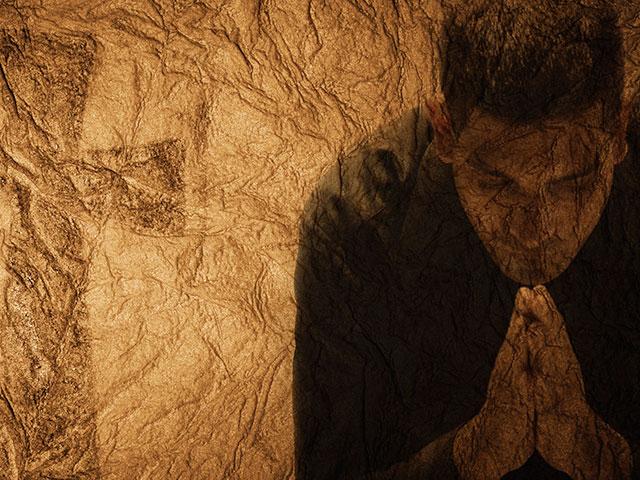 In today’s society, people have a mixed concept of worship. The biblical definition is “an act of honor, praise, and reverence of deity [or God].” But we see people worshiping celebrities, places, presidents, and even technology—instead of God.

In contrast, there is often a lack of worship for the true things of God, such as His Presence, His House, or even His creations. In fact, the Bible says in the last days there will be an increase of this behavior. People will have a “form of godliness, but deny its power” (2 Timothy 3:5). In other words, even those who go through the motions of worship may in fact have a heart and mind that’s far from God.

This simply implies that we shouldn’t judge each other’s form of worship—let’s let God do that… But individually, it would be good to do a heart-check to make sure our worship is in the right place.

“Give unto the Lord the glory due to His name; Worship the Lord in the beauty of holiness” (Psalm 29:2 NKJV).

God is beautiful. He is the beauty of holiness and worthy of our worship. In all that He has given unto us and done for us through redemption, it is only right that we worship Him. But it is also (as a dear friend of mine always says) one of the only things we can give Him that He did not first give us.

In other words, you won’t find God giving you or I worship. So much of our lives are an act of giving back to Him what He has given us. For example: our money, our time, our faith, our attitude … almost everything. Therefore, because God has helped us, then in reverence and honor we return those things in measure back to Him.

But worship is different than our money or time.

It is one of the things we give God first, instead of the other way around. But what a thought this is! If I’m not giving Him a measure of every part of my life, is this an indication of my love and worship of Him? You bet. Yet most people don’t see it that way.

Our worship shouldn’t resemble only a small measure of time one morning a week at church. The Word of God says this kind of behavior is equal to despise. In today’s vernacular, this word is harsh and ugly. But in the Bible, despise simply means to “lightly esteem.” In other words, it’s quite possible most people live their lives lightly esteeming God (unknowingly).

In the Old Testament, God said to the priest, Eli:

“Why do you kick at My sacrifice and My offering which I have commanded in My dwelling place, and honor your sons more than Me… But now the Lord says, ‘Far be it from Me; for those who honor Me I will honor, and those who despise Me shall be lightly esteemed'” (1 Samuel 2:29-30 NKJV).

The New Testament says all believers are now priests (representatives of man before God). Therefore, this reprimand from God to Eli can be taken as a warning for us also. God assigned Eli and his household to be priests, but they had taken the job lightly. So God said He would esteem them lightly in return.

We must remember worship is a lifestyle. It is an act of honor and reverence of God. This means as I vow to honor God with my thoughts, attitudes, words, time, and resources, it is an act of worship. But if, on the other hand, I wake up and get halfway (or all the way) through my day without even as much as thinking about God, I have actually “lightly esteemed”, or “despised” Him.

He says, “Those who honor Me, I will honor.” And He does. I’m amazed at the ways in which God honors us. Especially when I remember that He did so before we were deserving.

“But God demonstrates His own love toward us, in that while we were still sinners, Christ died for us” (Romans 5:8 NKJV).

So let us worship God.

1 Chronicles 11:17-19 17David longed for water and said, “Oh, that someone would get me a drink of water from the well near the gate of Bethlehem!” 18So the Three broke through the Philistine lines, drew water from the well near the gate of Bethlehem and carried it back to David. But he refused to drink it; instead, he poured it out before the LORD. 19“God forbid that I should do this!” he said. “Should I drink the blood of these men who went at the risk of their lives?” Because they risked their lives to bring it back, David would not drink it. Such were the exploits of the three mighty men.

David’s mighty men were so committed to him because of the Spirit they saw upon him (see yesterday’s devotion) that an expressed desire caused them to risk their lives. Not every desire of an anointed leader is from the Lord. Leaders who have such loyal men must be very careful in what they say to those who support them in ministry.

David longed for a drink from the well in Jerusalem. These three mighty warriors decided they would battle their way to the well and back to honor his request. When David received the water, he did something that must have broken their hearts. He poured it out to before the LORD. Then he explained why.

The men had risked their lives for his personal desire. David knew that life was sacred and should only be put on the line for the One who gave life. How could he partake of something those men had risked their lives for? That would cheapen life and put him in the position of God. Later in David’s life, he did cross this boundary for a different desire. This passage shows us that he clearly knew where the line was. Devotion to an anointed leader is a good thing as long as that leader is expressing God’s desires and not his own. We have the Spirit and must discern which is which.

Consider: Can I be as devoted to God’s wishes as these men were to David’s?

Streams in the Desert – July 21

There are degrees to faith. At one stage of Christian experience we cannot believe unless we have some sign or some great manifestation of feeling. We feel our fleece, like Gideon, and if it is wet we are willing to trust God. This may be true faith, but it is imperfect. It always looks for feeling or some token besides the Word of God. It marks quite an advance in faith when we trust God without feelings. It is blessed to believe without having any emotion.

There is a third stage of faith which even transcends that of Gideon and his fleece. The first phase of faith believes when there are favorable emotions, the second believes when there is the absence of feeling, but this third form of faith believes God and His Word when circumstances, emotions, appearances, people, and human reason all urge to the contrary. Paul exercised this faith in Acts 27:20, 25, “And when neither sun nor stars in many days appeared, and no small tempest lay on us, all hope that we should be saved was then taken away.” Notwithstanding all this Paul said, “Wherefore, sirs, be of good cheer; for I believe God, that it shall be even as it was told me.”

May God give us faith to fully trust His Word though everything else witness the other way.
–C. H. P.

Always strive to do what is good for each other and for everyone else. — 1 Thessalonians 5:15

Briefcase in hand, I hustled toward the door of the office building. In the wind and cold I fumbled for my keys. I had the right key, but it wouldn’t open the door. I set my briefcase down and tried a little more intently. But the door, not the one I usually used to enter the building, would not open. I turned around, deciding I would have to go around the building to another door. But then a gentleman inside came tapping on the window and gesturing for me to come in. With a warm, welcoming smile, he opened the door for me.

It was a small thing, the kind of thing that can happen often. But it warmed my heart and the rest of me as I entered the building.

He didn’t have to do it. I could have gotten in by another door, but he blessed me with his good kindness. I remember it still. That gracious act was like a lubricant that made life flow more smoothly.

All of us have been on the receiving end of such acts. The shape of these acts varies: smiling kindly to a harried cashier, speaking a word of encouragement when a tear brims in the eye, sending a note of concern at the right time, pausing to ­listen to a hurting neighbor. You weren’t paid to do it. Perhaps no one else noticed it. You may even have forgotten the deed, but the world is a better place because you did it!

Love is seen in the good and kind care we show to others—and our faith is seen too.

Lord, help us today to “do what is good for each ­other and for everyone else.” Amen.