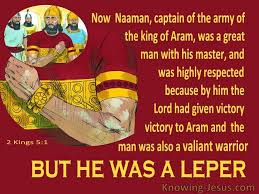 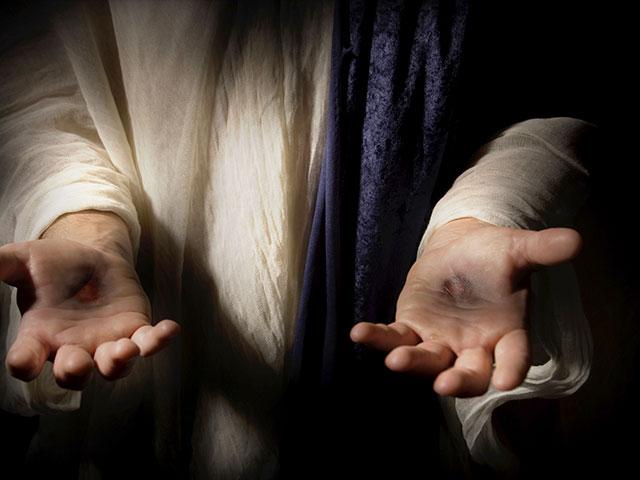 “And a certain woman, which had an issue of blood twelve years, and had suffered many things of many physicians, and had spent all that she had, and was nothing bettered, but rather grew worse, when she had heard of Jesus, came in the press behind, and touched his garment. For she said, if I may touch but his clothes, I shall be whole.” Mark 5:25-28 (KJV)

This woman was plagued with an issue of blood for 12 years. To have a cold or a sore throat for a few days is uncomfortable. Whenever I feel those well-known symptoms coming on, I immediately run to the store to purchase an over the counter anti-flu remedy. I want to nip it in the bud. Try to avoid any discomfort. Twelve years? Can you imagine being ill for 12 years? Illness wears our bodies out, not only physically causing weakness, but also emotionally; sometimes causing frustration and irritability. She “had spent all that she had.” Plus, medical care is expensive. The Scripture tells us that “she had heard of Jesus.” I believe she had heard the good news about many who were touched by Jesus, and healed of different diseases, and she began to have hope.

“And Jesus went about all Galilee, teaching in their synagogues, and preaching the gospel of the kingdom, and healing all manner of sickness and all manner of disease among the people.” Matthew 4:23 (KJV)

Years ago during my illness, even though trusting God for healing, I would think thoughts such as:

Between chemotherapy treatments, I feared my blood count levels would not stabilize. And my fears were not confirmed, because they did. I feared all my hair would fall off, but instead, it grew. I am sure the woman had fears. A touch from Jesus will calm our fears.

Daily, my prayer is, “Father, touch me today.” Our Heavenly Father waits to hear and to answer that prayer.

How do we receive a touch from the Master? Trust is the key. The woman with the issue of blood said in her heart: If I only touch the hem of His garment, I shall be healed. She believed all she needed was a touch from Jesus. She trusted and had confidence that if she just touched the hem of His garment, she would be made whole. She had confidence that when she touched Him, she would receive healing.

Do you need a touch from the Master today? Then lift your voice and say, “Jesus I need your touch.” Believe and have confidence that you will receive His powerful touch!

“Joseph, a Levite from Cyprus, whom the apostles called Barnabas (which means ‘son of encouragement’), sold a field he owned and brought the money and put it at the apostles’ feet.” Acts 4:36-37 (NIV)

Going from elementary school to middle school was a time of radical change in my life.

I shed my big blue eyeglasses, braces and knee-highs (which I sadly wore regularly with dresses). I cut my hair short and changed my image altogether as many teenagers have done through the decades.

But my appearance wasn’t the only thing transforming. I was getting to know Jesus in a personal, intimate way as a result of God touching my heart at summer church camp.

As a child, I was shy and too afraid to go to kids’ church and be separated from my parents, so I was always attached to one of them. But after summer church camp, filled with passion for God, I ventured into youth group … alone.

God instantly sent encouragers my way: my youth pastor, Dale, and his wife, Linda. Not only did they befriend me, but they believed in me. They invited me to join the youth leadership team. I remember packing into Dale’s old VW Bug with other teenagers to visit the church’s newcomers. That early, encouraging experience at church gave me a love for the body of Christ, a love that still lives in me today.

When Dale invested in my life, his encouragement gave me confidence to get involved. I wasn’t going to sit on the sidelines anymore; I was going to play!

Being encouraged made all the difference.

In the New Testament, a man named Barnabas was all about encouragement — so much so that it was his nickname, and it stuck. His given name was Joseph, but not many know him by that name. Today’s truth says, “Joseph, a Levite from Cyprus, whom the apostles called Barnabas (which means ‘son of encouragement’), sold a field he owned and brought the money and put it at the apostles’ feet” (Acts 4:36-37).

Encouragement can be simple and natural. For instance, when you introduce someone, you might highlight some key facts about them, like, “This is my friend Bella. She has four children and is an amazing artist.” We see Luke “highlight” Barnabas when he introduces him in the book of Acts, and we learn that Barnabas is generous, compassionate and an encourager through and through. There were no needy people in the early church because, from time to time, landowners or homeowners would sell what they had and share it with their fellow believers. We see Barnabas doing just that!

When the violent Saul met Jesus on the road to Damascus and had a radical transformation, Christians at that time struggled to believe this murderer was now a brother. In fact, they were terrified of him. But watch how our encourager Barnabas introduces Saul. Barnabas “… took him and brought him to the apostles. He told them how Saul on his journey had seen the Lord and that the Lord had spoken to him, and how in Damascus he had preached fearlessly in the name of Jesus” (Acts 9:27, NIV).

How did Barnabas know all that about Saul? He must have taken time to listen to Saul’s story, and then God used Barnabas to encourage Saul to become a leader in the early church. What if Barnabas had not been the “son of encouragement” but a “son of discouragement”? Maybe Saul, turned Paul, would have failed to connect to the apostles. Barnabas’ encouragement helped move Paul from the sidelines of Christianity and put him into play.

Barnabas didn’t care about who got the glory. He cared about building God’s Kingdom and encouraging God’s people. Never underestimate the power of encouragement. It can help a shy kid like me get involved in youth group. It can stand next to a world changer like Paul and exclaim, “You can do it!”

Giving Thanks – Streams in the Desert – July 23

Giving thanks always for all things unto God (Ephesians 5:20).

No matter what the source of the evil, if you are in God and surrounded by Him as by an atmosphere, all evil has to pass through Him before it comes to you. Therefore you can thank God for everything that comes, not for the sin of it, but for what God will bring out of it and through it. May God make our lives thanksgiving and perpetual praise, then He will make everything a blessing.

We once saw a man draw some black dots. We looked and could make nothing of them but an irregular assemblage of black dots. Then he drew a few lines, put in a few rests, then a clef at the beginning, and we saw these black dots were musical notes. On sounding them we were singing,

“Praise God from whom all blessings flow,
Praise Him all creatures here below.”

There are many black dots and black spots in our lives, and we cannot understand why they are there or why God permitted them to come. But if we let God come into our lives, and adjust the dots in the proper way, and draw the lines He wants, and separate this from that, and put in the rests at the proper places; out of the black dots and spots in our lives He will make a glorious harmony.

Let us not hinder Him in this glorious work!
–C. H. P.

Would we know that the major chords were sweet,
If there were no minor key?
Would the painter’s work be fair to our eyes,
Without shade on land or sea?
Would we know the meaning of happiness,
Would we feel that the day was bright,
If we’d never known what it was to grieve,
Nor gazed on the dark of night?

The Lord is not slow in keeping his promise, as some understand slowness. Instead he is patient with you, not wanting anyone to perish, but everyone to come to repentance.
2 Peter 3:9
DailyVerses.net