What Do You Want Jesus To Do for You? 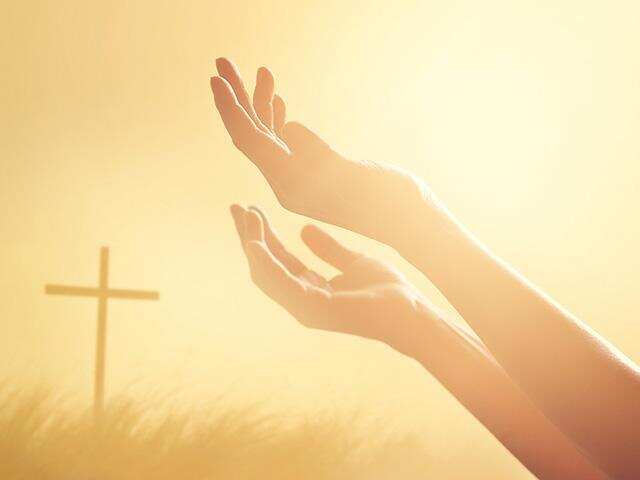 How would you respond to that question? It’s an inviting question, especially when the Son of God is asking it. Jesus asked two of His disciples,

They had no trouble answering—

There’s bold, and then there’s out of line. Can you imagine someone asking that of Jesus, especially a disciple? But Jesus didn’t scold them. He asked them if they would be willing to suffer as He would have to suffer. He knew they would be persecuted for His sake, but to grant their request was something only the Father could do (Matthew 20:23).

If Jesus came to you with that question—“What do you want Me to do for you?”—what would you tell Him? What secret dreams do you have? What desperate need?

Jesus asked another man that question. As Jesus walked on the road to Jericho, a blind man named Bartimaeus cried out to Him for mercy. The names he chose for Jesus showed his faith in Him—Son of David and Rabboni (Mark 10:47, 48, 51). Jesus asked him the life-changing question—

Bartimaeus didn’t ask for position or riches, but for a priceless gift—to see.

Jesus said yes. Instead of scurrying away to start his new life, Bartimaeus chose another priceless treasure—he followed Jesus.

In the quiet place of your heart, what do you want the most? God knows the secret desires of our hearts, and He has a promise for us.

Delight yourself also in the LORD, and He shall give you the desires of your heart (Psalm 37:4).

When our desires match God’s desires for us, they will be fulfilled. In God’s timing. In His way.

The hard part of this process is that we may hold on to our desires or our dreams above God’s, because we think they are good. But are they best? God can see what we can’t. He knows what opportunities await us if we’ll trust Him. He knows who we can help that we might not help otherwise.

As we understand more of who God is and watch Him work in our lives, we see that He has our best interests at heart. We see that He desires the best for us. So will we trust Him when we can’t see what He can?

Sometimes we have to wait to see the good. But just as Jesus gave Bartimaeus physical sight, He can give us spiritual sight to see the good He is doing, working all things in our lives for good (Romans 8:28).

Strength, peace, meaningful relationships, a whole heart, a purpose, and a ministry—God has these in store for those who delight in Him and follow Him. So let’s answer Jesus’ question as Bartimaeus did. Let’s ask Him for what will help us to follow Him more. Let’s trust God that He has good in store.

What would you ask Jesus for today? Renewed strength? A new perspective on a tough situation? A chance to minister in a new way in God’s kingdom? May the Lord hear the prayers of your heart, and may we keep an open mind before Him. Not clinging to desires that He doesn’t have for us, and not shutting out the priceless treasures He has in store. What do you want Me to do for you? O Lord, whatever You want.

1 Chronicles 21:1-3 1Satan rose up against Israel and incited David to take a census of Israel. 2So David said to Joab and the commanders of the troops, “Go and count the Israelites from Beersheba to Dan. Then report back to me so that I may know how many there are.” 3But Joab replied, “May the LORD multiply his troops a hundred times over. My lord the king, are they not all my lord’s subjects? Why does my lord want to do this? Why should he bring guilt on Israel?”

David’s kingdom was established and blessed. His enemies were subdued and paying tribute. When the spiritual enemy could not attack from without, he attacked from within. Satan can inspire men to attack the people of God. When that fails, he will try to corrupt the people of God with ungodly ideas.

What was so evil about numbering the people? David had already learned again and again that the victory was not about superior forces but the blessing and leading of God. Numbering the nation was a way to count on his resources in the event that God was not with them. What does it matter how many men you have prepared for battle if God is not with you? This is contrary to numerous lessons God had shown David. Even commander Joab knew this was a mistake.

Joab got to the point when he said, “May the LORD multiply his troops a hundred times over.” It was not just a census on David’s heart, but able-bodied men. He pleaded with the king not to go through with it, but the king did not listen.

Consider: Have you experienced a friend or loved one pleading with you not to go through with something because he knew it was not of God, and yet you would not listen? There is always a big price to pay when we do that. Recognize spiritual attacks, and consider the well-meaning advice of godly friends. (continued)

Streams in the Desert – July 25

What I do thou knowest not now, but thou shalt know hereafter (John 13:7).

We have only a partial view here of God’s dealings, His half-completed, half-developed plan; but all will stand out in fair and graceful proportions in the great finished Temple of Eternity!

Go, in the reign of Israel’s greatest king, to the heights of Lebanon. See that noble cedar, the pride of its compeers, an old wrestler with northern blasts! Summer loves to smile upon it, night spangles its feathery foliage with dewdrops, the birds nestle on its branches, the weary pilgrim or wandering shepherd reposes under its shadows from the midday heat or from the furious storm; but all at once it is marked out to fall; The aged denizen of the forest is doomed to succumb to the woodman’s stroke!

As we see the axe making its first gash on its gnarled trunk, then the noble limbs stripped of their branches, and at last the “Tree of God,” as was its distinctive epithet, coming with a crash to the ground, we exclaim against the wanton destruction, the demolition of this proud pillar in the temple of nature. We are tempted to cry with the prophet, as if inviting the sympathy of every lowlier stem–invoking inanimate things to resent the affront–“Howl, fir tree; for the cedar has fallen!”

But wait a little. Follow that gigantic trunk as the workmen of Hiram launch it down the mountain side; thence conveyed in rafts along the blue waters of the Mediterranean; and last of all, behold it set a glorious polished beam in the Temple of God. As you see its destination, placed in the very Holy of Holies, in the diadem of the Great King–say, can you grudge that “the crown of Lebanon” was despoiled, in order that this jewel might have so noble a setting? That cedar stood as a stately prop in Nature’s sanctuary, but “the glory of the latter house was greater than the glory of the former!”

How many of our souls are like these cedars of old! God’s axes of trial have stripped and bared them. We see no reason for dealings so dark and mysterious, but He has a noble end and object in view; to set them as everlasting pillars and rafters in His Heavenly Zion; to make them a “crown of glory in the hand of the Lord, and a royal diadem in the hand of our God.”
–Macduff

I do not ask my cross to understand,
My way to see–
Better in darkness just to feel Thy hand,
And follow Thee.

The victims commit themselves to you; you are the helper of the fatherless. — Psalm 10:14

This psalm reminds me of an awful night in Jos, Nigeria. Thieves scaled the wall of our mission compound. With machetes, they attacked the guard on duty. By the time help ­arrived, he was fatally wounded. Mission staff brought him to the hospital, but it was too late. He had lost his life trying to keep us safe.

On that dreadful night, his dear wife became a widow— and his four young children, fatherless. What is there to say in the event of such brutality, such loss?

As a mission community, we met together to process our feelings: guilt, grief, pain, anger. We turned to Psalm 10 as we shared our experience. With the psalmist we cried, “Why, Lord, do you stand far off? Why do you hide yourself in times of trouble?” “The ­wicked” had come into our compound. From an ambush they had murdered the innocent.

We felt crushed. But we joined with the psalmist in prayer: “You, God, see the trouble of the afflicted; you consider their grief and take it in hand. The victims commit themselves to you; you are the helper of the fatherless.”

How does God take in hand grief and trouble from such a tragedy? His Father-heart hurts with the grieving. He shows care through his people—grieving with the family, paying funeral costs, providing scholarship funds for the children. In their help a hurting family saw that God is the helper of the fatherless.

Work in us and through us, Lord, to show your care for people who are hurting. Amen.

The grace of the Lord Jesus be with God’s people. Amen.
Revelation 22:21
DailyVerses.net