Running Against the Odds 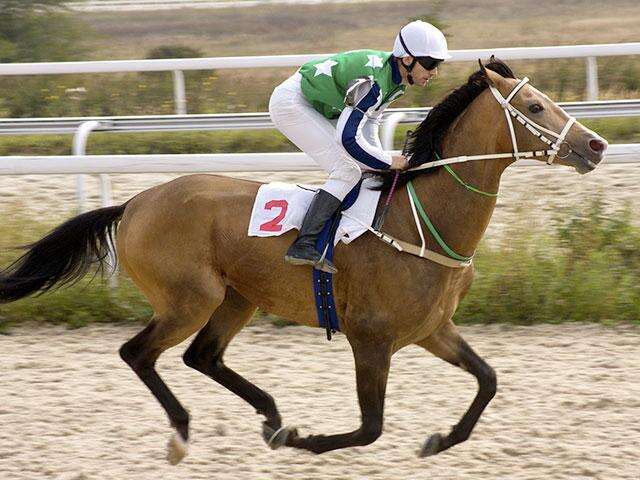 I am not an advocate of gambling associated with professional horse racing, but I have always been intrigued by the sport. It is referred to as “the fastest two minutes in sports.”

Every year, horse breeders from the United Sates and around the world compete in America’s Triple Crown of Thoroughbred Racing.

The U.S. Triple Crown consists of the Kentucky Derby, Preakness Stakes, and the Belmont Stakes. In order to be the champion you have to win all three races in a single season. Every horse owner, trainer, and jockey will do whatever they can to increase their horse’s chance of winning the Triple Crown.

In horse racing, an individual, who is better known as a handicapper must carefully analyze each horse to predict a winner. This method of analysis is called handicapping. It is determined according to the horse’s competition, winning history, the racetrack conditions, and is carried out in advance of every race.

The horses have an obvious advantage over people. They are unable to know their predicted odds or hear what the experts are saying. Racehorses have only been trained to run and ultimately win in the process. When a racehorse is running in a race their eyes are clearly focused ahead.

You and I, unlike a racehorse, tend to allow our lives to be dictated by other people instead of by God. People are limited with their knowledge of what is best for us. But God is not. He always knows best.

We have to shake off every distraction that comes our way because those distractions can hinder us from running the specific race God has chosen.

Recently, I learned about a Texas-bred racehorse named Assault. He was the Triple Crown champion in 1946. When Assault was a foal, he accidentally became injured by stepping on a stake. As a result of the injury, his right front hoof was deformed.

He was tagged with the nickname “the Clubfooted Comet” because of the awkward way he walked and galloped. Assault’s athletic ability was not seen until he ran. When he ran he was an amazing spectacle.

In 1945, as a juvenile, Assault ran twelfth in his first career race and only won two of nine races. Assault did not reveal his true racing qualities until the following year. On May 4, 1946, Assault entered the Kentucky Derby as a considerable outsider but won by eight lengths. In the Preakness Stakes a week later, he won the race by a neck. Then, on June 1st of the same year, Assault became the seventh Triple Crown champion when he won the Belmont Stakes by three lengths.

Like Assault, we may not appear to be anything great at the moment; however, that doesn’t mean we are destined for an average life. What will set us apart is our ability to keep pressing on despite the odds.

We can be observant to the problems around us, but not dwell on them. Our focus has to be on Jesus and the knowledge that we are victorious through Him (See 1 Corinthians 15:57).

Paul was a man of great faith and ended his race strong to the finish (See 2 Timothy 4:7). Along the way, Paul encountered many hardships and was honest when he said,

“We can rejoice, too, when we run into problems and trials, for we know that they help us develop endurance” (Romans 5:3, NLT).

There is an inner drive within a racehorse that propels them to run. The Spirit of God also propels us to run when we feel like quitting. Regardless of the odds or how difficult the race becomes, our life will continue on unless we stop running. So we must keep running until our race is complete.

Nehemiah 7:2 2I put in charge of Jerusalem my brother Hanani, along with Hananiah the commander of the citadel, because he was a man of integrity and feared God more than most men do.

Once the walls were completed and the gates hung, the enemies of Israel became discouraged because they realized the work was done with the help of God (6:16). There were still spies within the city who regularly informed the enemies as to what was taking place. These enemies sent letters to Nehemiah to intimidate him, but now the walls are up and so is Israel’s confidence in the help of their God.

And how about you? Do you fear God more than most? Are you a person of integrity because you know the justice of God, that it is not possible to do wrong and escape His justice in the consequences for evil? You know your sins are covered by the blood of Jesus, but is your sense of His justice still a motivating factor in your life? The Apostle Paul asked if we should sin that grace would look more wonderful by contrast. Of course not! (Romans 6:1,2) Sin still has consequences in this life and God still disciplines the children that He loves.

Remember: A person of great integrity fears God more than most men do.

Streams in the Desert – September 6

There are always lone hearth-fires; so many! And those who sit beside them, with the empty chair, cannot restrain the tears that will come. One sits alone so much. There is some One unseen, just here within reach. But somehow we don’t realize His presence. Realizing is blessed, but–rare. It belongs to the mood, to the feelings. It is dependent on weather conditions and bodily conditions. The rain, the heavy fog outside, the poor sleep, the twinging pain, these make one’s mood so much, they seem to blur out the realizing.

But there is something a little higher up than realizing. It is yet more blessed. It is independent of these outer conditions, it is something that abides. It is this: recognizing that Presence unseen, so wondrous and quieting, so soothing and calming and warming. Recognize His presence–the Master’s own. He is here, close by; His presence is real. Recognizing will help realizing, too, but it never depends on it.

Aye, more, immensely more, the Truth is a Presence, not a thing, a fact, a statement. Some One is present, a warm-hearted Friend, an all-powerful Lord. And this is the joyful truth for weeping hearts everywhere, whatever be the hand that has drawn the tears; by whatever stream it be that your weeping willow is planted.
–S. D. Gordon

When from my life the old-time joys have vanished,
Treasures once mine, I may no longer claim,
This truth may feed my hungry heart, and famished:
Lord, THOU REMAINEST THOU art still the same!

When streams have dried, those streams of glad refreshing–
Friendships so blest, so rich, so free;
When sun-kissed skies give place to clouds depressing,
Lord, THOU REMAINEST! Still my heart hath THEE.

When strength hath failed, and feet, now worn and weary,
On gladsome errands may no longer go,
Why should I sigh, or let the days be dreary?
Lord, THOU REMAINEST! Could’st Thou more bestow?

Thus through life’s days–whoe’er or what may fail me,
Friends, friendships, joys, in small or great degree,
Songs may be mine, no sadness need assail me,
Lord, THOU REMAINEST! Still my heart hath THEE.
–J. D. Smith