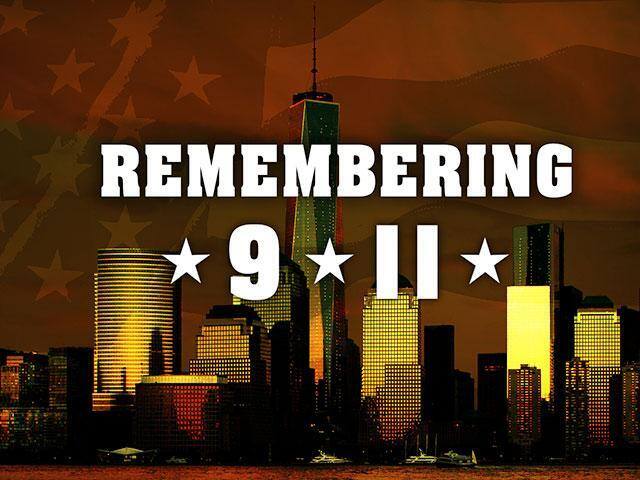 Now that we are coming to another anniversary of the infamous 911 tragedy, I find myself revisiting my own feelings of disbelief and dismay that tragic morning of September 11, 2001.

I would barely be getting through my front door each day after work, before my hand started reaching for the television remote, wanting to know how in the world were we ever going to survive the holocaust that was unfolding. Sadly, the news only seemed to worsen. I would sit almost in a stupor, as report after report unfolded circumstances of the worst case scenarios.

I found myself whispering “Oh God” a lot. Immediately I began to think of just how fragile our lives are and how meaningful the words “But for the grace of God, go I” had become to me.

Sometimes I couldn’t even put together the right words to pray adequately for all the desperate scenes that were playing out before my eyes. I remember hearing the voice of the Lord whisper, ”Will you trust me…even when everything around you seems to be falling apart?”

And isn’t that truly where the hard lessons of faith are forged out? Where the rubber meets the road?  When we can’t make sense of anything, when human suffering is at it’s pinnacle and everything in us wants to loudly scream “Where are you God?”

The only thing I know is that no matter how dismal and devastated our country seemed at the time, God was, and is faithful. In his perfect timing, He turns our brothers’ and sisters’ “ashes into beauty,” for those who put their trust in Him. Our hearts must somehow grab hold of even just a glimmer of hope, a mustard seed of faith … is all that is needed in order to bring us into a much needed place of rest.

I speak from experience when I say, “I know in whom I believe!”  Our Redeemer lives! I know this because I spoke to Him this morning. Yes, He is as close as a whisper and as present as our own breath. The truth is, He never leaves us, and He is always there with us, especially during those times when we are forced to walk through the fires and tribulations of our lives.

It is for certain, that we know not what a day may bring (Prov. 27:1). But we do know who holds tomorrow.

“I love the Lord, for he heard my voice; he heard my cry for mercy. Because he turned his ear to me, I will call on him as long as I live. The cords of death entangled me, the anguish of the grave came upon me; I was overcome by distress and sorrow. Then I called on the name of the Lord. “Lord, save me!” The Lord is gracious and righteous; our God is full of compassion. The Lord protects the unwary; when I was brought low, he saved me.”

Nehemiah 13:9-11 9I gave orders to purify the rooms, and then I put back into them the equipment of the house of God, with the grain offerings and the incense. 10I also learned that the portions assigned to the Levites had not been given to them, and that all the Levites and singers responsible for the service had gone back to their own fields. 11So I rebuked the officials and asked them, “Why is the house of God neglected?” Then I called them together and stationed them at their posts.

Nehemiah had to return to Persia for an extended time. When he was given permission and returned to Jerusalem, he was shocked. Politics had already entered the Temple worship. One of the priests was related to Tobiah, an enemy of Jerusalem and a leader of opposition. This connection got Tobiah a room in the Temple itself. When Nehemiah returned, that priest had already been expelled but no one knew what to do about Tobiah’s things. Nehemiah did! He threw them out into the street and commanded the room to be cleansed and the Temple treasures restored.

What a picture of our hearts! We sometimes have a little connection with the world. Before we know it, the world moves in and fills up one of the rooms. Just like in Jerusalem, worship begins to be neglected. The Jews had stopped supporting the singers and gatekeepers so they all went to work somewhere else. Once the world moves in, we start giving praise to other things. Our giving to the work of God begins to dwindle, and worship suffers. No one is guarding the gates and all kinds of other compromises begin to sneak in.

“Why is the house of God neglected?” That is to say, why have you allowed this backsliding of your spiritual condition? We occasionally need this kind of a rebuke to help us see how far we have fallen. When we hear it, we need to restore things as they were. Put things in their proper places.

Admonition: Return to worship as we know God would have it, in spirit and in truth.

“Where were you when 9/11 happened?” This is a question that seems to come up in discussions every once in a while. I think it’s because we all realize that, though we may not have known it at the time, almost all of us now remember vividly what we were doing the moment we found out about the horrific terrorist attacks on September 11, 2001.

I still have a clear memory of sitting in my fourth-grade class. My teacher had a somber look on his face as he told us that school was being let out early and all extra-curricular activities for the day were cancelled. The classroom became abuzz with questions of what happened, to which our teacher replied, “Your parents will tell you.”

I remember being surprisingly angry at my teacher in that moment — if this was such a big deal, why couldn’t he tell us what happened?

On the anniversary of this tragic day, I think I know why so many of us recall 9/11 so vividly and why it has impacted us so greatly: it’s the power of a shared experience.

As I write, the after-effects of Hurricane Harvey wreak havoc on southeast Texas, and I’m reminded that even tragedies and terrible disasters, whether manmade or acts of God, have great power to unite people and to dispel differences.

May the God who gives endurance and encouragement give you the same attitude of mind toward each other that Christ Jesus had.
Romans 15:5
DailyVerses.net