The Power of Consistency 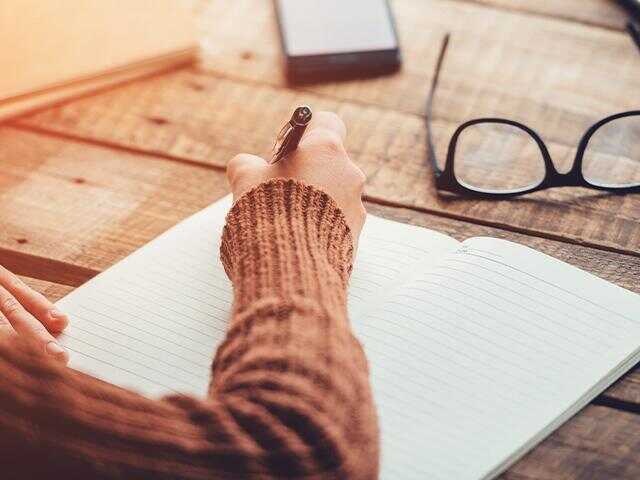 And whatever you do, do it heartily, as to the Lord, and not to men, knowing that from the Lord you will receive the reward of the inheritance; for you serve the Lord Christ. (Colossians 3:23-24 NKJV).

After staring at my computer screen for what seemed like hours, I turned off the machine to escape the blinking cursor on the blank page. Frustration at my writing endeavors plagued me along with other areas of my life. Bible reading was sporadic and exercise non-existent. I couldn’t figure out why I had dissatisfaction in my soul.

One day while reading about laboring to rest in Hebrews, I meditated on that lesson and thought more deeply about God’s rest. Resting means listening, absorbing, and turning off everything but God’s Word.

When I rested, I could hear. And what I heard in my spirit was, Consistency is the key.

My loving heavenly Father was telling me that achievement depended on steadfastness in whatever goal is being pursued.

My resolve that day was to start getting up earlier in the mornings to read the Bible in the quietness of the day. I started a regular writing schedule, and the dust was blown off the treadmill. The first few steps were somewhat squeaky after the machine had experienced months of no use.

The plans of the diligent lead surely to plenty, but those of everyone who is hasty, surely to poverty (Proverbs 21:5).

Paul lived a life of consistent discipline. Even when he was terrorizing Christians, he never wavered from his goal. His misplaced passion pushed him toward what he thought was a defense of God. After encountering Christ, that same passion was now guided in the right direction. When he was persecuted, he didn’t give in. He didn’t forget the task God had laid upon his shoulders, and the world at that time was turned upside down because of his influence. Diligence in his work caused him to write most of the New Testament, and his words are still impacting us today.

We are all given a high calling from Christ. We are not Paul, but we do have a sphere of influence. What we do in our personal lives will spill over into relationships. Constant faithfulness in following Christ and His Words will determine how powerful that impression will be.

That you do not become sluggish, but imitate those who through faith and patience inherit the promises (Hebrews 6:12).

The most consistent person who ever lived was Jesus. We have no better example of life and discipline. When people were pulling him in every direction, He still took the time to spend with His Father because it was the most important thing in His life—even when it meant losing sleep and praying all night (Luke 6:12).

If consistency and diligence reign, it’s easier to put priorities in order. When Christ is the most important person in our lives, we can hear what He is saying. Consistency drowns out distractions, strengthens resolve against attacks and builds new habits that can last a lifetime.

A rewarded life will be the prize when we apply the power of consistency to everything we do.

Job 1:8-11 8Then the LORD said to Satan, “Have you considered my servant Job? There is no one on earth like him; he is blameless and upright, a man who fears God and shuns evil.” 9“Does Job fear God for nothing?” Satan replied. 10“Have you not put a hedge around him and his household and everything he has? You have blessed the work of his hands, so that his flocks and herds are spread throughout the land. 11But stretch out your hand and strike everything he has, and he will surely curse you to your face.”

Job is the earliest of all the literature in the Bible. The book begins by describing Job as the greatest man of the East, and tells us that he was blameless. We know that all have sinned and fallen short of God’s glory, so we should consider this to be a statement relative to his culture. However, God commended him as one of the most righteous men upon the earth.

The scene changes to the halls of heaven. Satan (which means the accuser) had been roaming the earth. God brought up the subject of Job and his righteousness. Satan suggested that it was only because of his abundance of wealth and protection from evil that Job acted in a righteous manner. In other words, his heart was not righteous. He was just never sufficiently tempted. Satan suggested that if God took away Job’s possessions, he would commit this unpardonable sin of cursing God, “even curse You to your face.” The sin that was most feared in that day was cursing God, even if it were not spoken aloud. Heavenly forces are battling over the souls of men.

We can learn many things from this ancient narrative. God does put a hedge about us. Satan was complaining about that because he is the Destroyer. In the spiritual realms you can be sure your adversary is accusing you before God. He must have permission to destroy the possessions of those under God’s care. What assurance this should bring us, knowing that the only time the Adversary can get through that hedge is when God permits it. It will either turn us back to God, or it will bring us to a closer walk with Him. It will testify to the heavenly realms that the fallen angels have made the wrong choice.

Remember: You are the subject of a heavenly battle. Stay faithful!

Carry Your Cross – Streams in the Desert – September 14

“Whosoever will come after me, let him deny himself, and take up his cross, and follow me” (Mark 8:34).

The cross which my Lord bids me take up and carry may assume different shapes. I may have to content myself with a lowly and narrow sphere, when I feel that I have capacities for much higher work. I may have to go on cultivating year after year, a field which seems to yield me no harvests whatsoever. I may be bidden to cherish kind and loving thoughts about someone who has wronged me–be bidden speak to him tenderly, and take his part against all who oppose him, and crown him with sympathy and succor. I may have to confess my Master amongst those who do not wish to be reminded of Him and His claims. I may be called to “move among my race, and show a glorious morning face,” when my heart is breaking.

There are many crosses, and every one of them is sore and heavy. None of them is likely to be sought out by me of my own accord. But never is Jesus so near me as when I lift my cross, and lay it submissively on my shoulder, and give it the welcome of a patient and unmurmuring spirit.

He draws close, to ripen my wisdom, to deepen my peace, to increase my courage, to augment my power to be of use to others, through the very experience which is so grievous and distressing, and then–as I read on the seal of one of those Scottish Covenanters whom Claverhouse imprisoned on the lonely Bass, with the sea surging and sobbing round–I grow under the load.
–Alexander Smellie

“Use your cross as a crutch to help you on, and not as a stumblingblock to cast you down.”

“You may others from sadness to gladness beguile,
If you carry your cross with a smile.”

The Answer to the Search

We have [a high priest] who has been tempted in every way, just as we are—yet he did not sin. — Hebrews 4:15

The philosopher Diogenes carried a lamp wherever he went, looking for an honest person. In the Bible, God conducts a similar search, looking for a good person.

First up, Noah. He is described as “a righteous man, blameless among the people of his time” (Genesis 6:9). But Noah turns out to be pretty much like everyone else, with a heart that inclines to evil. Another candidate is David. He is described as “a man after [God’s] own heart” (1 Samuel 13:14). But David behaves pretty much like every other king, with a string of crimes on his record.

It’s a frustrating search, leading Psalm 53 to conclude: “There is no one who does good, not even one” (v. 3). And that conclusion never changes. Not until God looks down from heaven and sees Jesus.

Jesus is truly righteous, blameless even. Jesus shares God’s heart, and he lives a life that pleases God from beginning to end. We all sin every day, doing things we shouldn’t do—sometimes things we don’t even want to do. But Jesus did not sin. Not once. Not ever.

Diogenes carried his lamp in the fourth century B.C. If only he could have waited about 400 years. He would have found what he was looking for—and what God was looking for too.

And now, dear children, continue in him, so that when he appears we may be confident and unashamed before him at his coming.
1 John 2:28
DailyVerses.net