Enjoy All Our Years 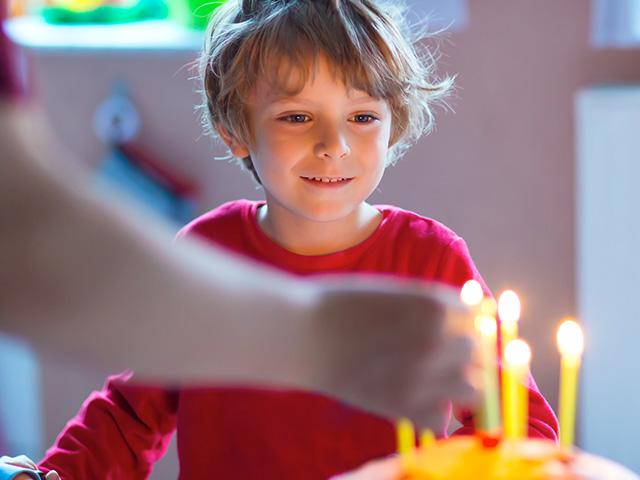 However many years a man may live, let him enjoy them all. (Ecclesiastes 11:8)

Twenty-six years ago I drove my wife to the emergency room. For the next eight hours we played backgammon while waiting for her condition to improve. It didn’t. The pain became unbearable; they gave her drugs. This helped, but not enough. My parents were in Atlantic City, gambling. Hers in Charlotte. So there we were, a young couple facing our first life or death moment without friends or family nearby.

I forget what I wore that day. A surf shirt, probably. I do recall wearing a white headband with the word “Coach” printed in blue marker. I guess I was a good coach because later that evening she delivered a baby boy, our first.

Birthdays are a big deal in our family. Not as big as Christmas, but close. Birthdays mark our beginnings and suggest we might leave a lasting impression on others. In our family, when it comes to birthdays, nobody does a better job of celebrating our legacy of life than my cousin Ricky.

A typical “Cousin Ricky” birthday box includes a specially mixed CD with songs from the year you were born, DVD movies tailored to your tastes, toys from the Dollar store and candy. Lots and lots of candy. Sometimes the candy has melted by the time the box arrives, but that’s okay. Chocolate in any condition and shape is good.

In the past I’ve received a plastic whistle (with compass) to help ward of bears and keep me from getting lost on the trails above Black Mountain, old Westerns DVDs, several copies of the movie Jaws (in case the player eats one), CDs with music from Creedence Clearwater Revival, the Beach Boys, Beatles, etc… and candy. Lots and lots of candy.

The writer of Ecclesiastes advises us to enjoy all our years – not just those early ones when people were making a fuss over us. Too often we adults discount birthdays and other days and pretend they’re not a big deal. But they are. Every day is huge. If you don’t think so, try living without one.

I wish every family had a Cousin Ricky. I wish I cared about people as much as Ricky. None of us knows how many years we’ll have together; but it seems to me, setting aside one day out of 365 to acknowledge the life of someone we love is a small testimony to their worth.

When it comes to birthdays, “B” in the moment. Inhale the sweet smell of fresh cut grass on a ball field and hear the sequels of laughter on a playground. Taste and see that God is good today and everyday.

The next time a friend or family member has a birthday, give candy and a song from their good old days. The shipping will probably cost more than the gift but that’s okay. It’s the thought that counts.

And thoughts of love and life are priceless.

28then these also would be sins to be judged, for I would have been unfaithful to God on high.

Job continued his defense before his friends. He told how he always helped the needy and took good care of his workers. He said that he was consistent to do those things because he had a fear of God. He knew God required it of him, and that he would be judged if he did not. As we look at Job’s defense, few of us can say that our lives come anywhere close to Job’s. Yet the real standard is not Job but Jesus Christ. Thank God for sending His Son to be the sacrifice for our sins.

In the passage for today Job says that he did not trust in his great wealth. Jesus told us it was very hard for the rich to enter the Kingdom of God. Job seems to have been one of the few who could be trusted with wealth but not rely on it for security. He recognized that provision came from God. Though he labored to earn income, he knew God is the Provider. How many of us can be just as secure when our bank accounts are bottoming out as when they are bulging? That can only come when we see God is our security regardless of how much we possess.

He did not even rejoice over his wealth. It is one thing to be thankful and another to find joy in something. Our joy should always be the presence of God in our lives. When wealth becomes our reason for rejoicing we are turning it into an idol that takes God’s place. Job said that both trusting in wealth for security and finding your joy in wealth were both sins to be judged. Both are unfaithfulness to God.

Dear reader, pause and consider if wealth has taken God’s place in your heart as the reason you rejoice. Let us guard our hearts so that we are not seduced by wealth to worship another god. In this passage he groups this sin with worship of the sun and moon, other gods. If you have fallen in this area of making wealth a god, confess your sin, and put God back in His rightful place in your heart. See that He alone is your security and your greatest joy.

“Then hath God also to the Gentiles granted repentance unto life.” Acts 11:18

Can they be sincerely penitent, and then go and transgress again immediately, in the same way as they did before? How can we believe you if you transgress again and again, and do not forsake your sin? We know a tree by its fruit; and you who are penitent will bring forth works of repentance. I have often thought it was a very beautiful instance, showing the power of penitence which a pious minister once related. He had been preaching on penitence, and had in the course of his sermon spoken of the sin of stealing. On his way home a labourer came alongside of him, and the minister observed that he had something under his smock-frock. He told him he need not accompany him farther; but the man persisted. At last he said, “I have a spade under my arm which I stole up at that farm; I heard you preaching about the sin of stealing, and I must go and put it there again.” That was sincere penitence which caused him to go back and replace the stolen article. It was like those South Sea Islanders, of whom we read, who stole the missionaries’ articles of apparel and furniture, and everything out of their houses; but when they were savingly converted they brought them all back. But many of you say you repent, yet nothing comes of it; it is not worth the snap of the finger. People sincerely repent, they say, that they should have committed a robbery, or that they have kept a gambling-house; but they are very careful that all the proceeds shall be laid out to their hearts’ best comfort. True repentance will yield “works meet for repentance;” it will be practical repentance. Yet farther. You may know whether your repentance is practical by this test. Does it last or does it not?

For meditation: As with faith, repentance without works is dead. Jesus could tell that the repentance of Zacchaeus was practical and real (Luke 19:8-9).

“The witnesses laid aside their robes at the feet of a young man named Saul. They went on stoning Stephen as he called on the Lord and said, ‘Lord Jesus, receive my spirit!’” – Acts 7:58-60 NASB

When he arrived in America in December 1891, Samuel Morris did not know anyone. He had journeyed across the Atlantic from his native Africa, driven to grow in his faith and particularly to meet Pastor Stephen Merritt. On the day he arrived, through miraculous circumstances, he met Merritt, telling him, “I have just come from Africa to talk to you about the Holy Ghost!”

Although just nineteen, Samuel had the right priorities. He had given up everything to grow closer to God. That first night in America, he led 17 men to the Lord at a prayer meeting.

Trusting totally in God, he enrolled in Taylor University, where he made a dramatic impact. Lives were transformed by his faith, his hunger for the Word, and his prayers, which he called “talking to my Father.”

In May 1893, Samuel died after contracting a severe cold. He was only twenty-one. Although his life was brief, he touched countless people. Inspired by his dream of returning to Africa, many students became missionaries. Others experienced life-changing transformations.

The Taylor University president described Morris as “a divinely sent messenger of God,” sharing how he moved others with his “simple faith in God.”

The Bible describes how Stephen, another young man, also died at a young age. Yet he left an example that changed the life of Saul of Tarsus and others. Remember, God can use you. Hunger for His presence. Be ready to serve Him.

Husbands, love your wives, just as Christ loved the church and gave himself up for her to make her holy, cleansing her by the washing with water through the word.
Ephesians 5:25-26
DailyVerses.net

Watch out for false prophets. They come to you in sheep’s clothing, but inwardly they are ferocious wolves.
Matthew 7:15
DailyVerses.net