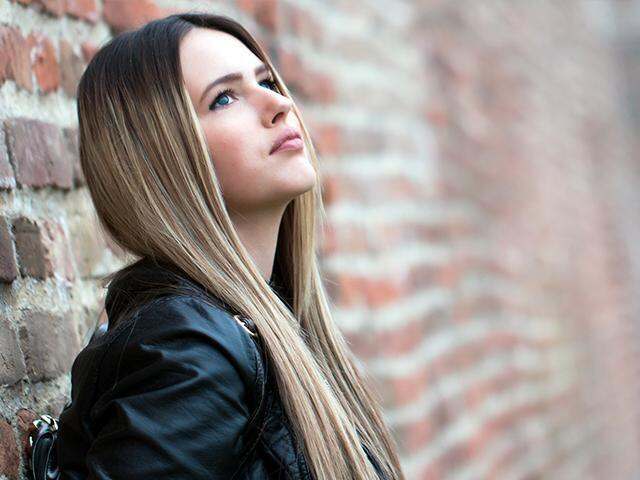 The young man was enthusiastic, energetic, and highly motivated. He was determined to stand true to his leader regardless of the cost. Confident in his own ability, he boasted, “Even if all the others desert you, I will never!”

Yet, only a few hours later, this young man hung his head in shame when he heard a cock crow. He had not only deserted his leader, but he had denied three times that he even knew him. What Peter thought would never happen became reality.

We raised our two daughters to love the Lord and I was sure if they married young, active, Christian men, they would surely live happily ever after. My children would never experience divorce. However, as time went on, their marriages encountered major problems and both my daughters went through the heartbreaking devastation of a divorce. My emotions recoiled in protest. What I had believed would never happen, became reality.

How many of us have said a particular situation or event would never happen to us or to those we love: addiction to alcohol, pornography or drugs, sexual abuse, divorce, an incurable disease, criminal behavior, missing in action or an affair? The list is long of those things which we hope will not and somehow refuse to accept could happen to us personally or to members of our family, and yet, they happen.

I realize many factors contribute to the above scenarios, but I do want to draw our attention to one in particular. We are involved in a serious, spiritual war. This is not a fantasy or the imagination of fanatics. It is reality.

“For we wrestle not against flesh and blood, but against principalities, against powers, against the rulers of the darkness of this world, against spiritual wickedness in high places.” (Ephesians 6:12 KJV)

Our enemy Satan with his angels, though created beings, are more cunning and powerful than we are and have one plan in mind — destruction. Satan is out to destroy testimonies, marriages, families, churches, and lives. To accomplish his plan, he cunningly lays traps, waits for the perfect opportunity and preys on our weaknesses and blind spots.

It is easy for us to become busy and preoccupied with life — to become confident in ourselves. However, when this happens, we let down our guard, and our enemy has an open door to attack. As a result, life can take an unexpected turn and we experience like Peter, “never” becoming reality. In our selves, we are no match for our enemy.

The good news is we don’t have to rely on ourselves. We have Jesus Christ, the King of Kings and Lord of Lords to help us (James 4:6-8). Our Lord provides the spiritual armor we need and gives us the weapon that can defeat anything our enemy throws our way. This weapon is the Word of God and we need to have it in our hearts and minds, sharp and ready for action (Ephesians 6:13-17).

Although our enemy is ruthless, we do not need to be afraid. It is needful for us to take the battle seriously, never to forget we have an enemy and learn to daily put on our spiritual armor. As the rapture draws closer, our enemy grows stronger. May we heed Peter’s warning to us:

“Be sober, be vigilant; because your adversary the devil, as a roaring lion, walketh about, seeking whom he may devour: whom resist steadfast in the faith …” (1 Peter 5:8-9 KJV)

May we claim the victory that is ours.

“Nay, in all these things we are more than conquerors through him that loved us.” (Romans 8:37 KJV)

Psalms 28:7-9 7The LORD is my strength and my shield; my heart trusts in him, and I am helped. My heart leaps for joy and I will give thanks to him in song. 8The LORD is the strength of his people, a fortress of salvation for his anointed one. 9Save your people and bless your inheritance; be their shepherd and carry them forever.

Most of us would not consider shepherding a training ground for a national leader, but that was God’s choice to train David. When the bear and lion came to tear the flock, David knew his strength was not sufficient. He learned to rely on the strength of the Lord. When his heart trusted in the LORD, he found help and ended up writing a song of victory to the LORD.

He goes on to say the LORD is your strength, too. He knew it was true for everyone, for he was just a commoner when he began to find the strength that comes from God. His shepherd heart asked God to save the people and bless them. He knew he could do his best, but only God can save and bless. Then he asked for a very deeply symbolical request. “Be their shepherd and carry them forever.”

When a particular sheep would repeatedly wonder from the flock and get separated, it was in danger of being lost to predators. The shepherd had to exercise severe discipline to save the sheep’s life. He would break the leg of the sheep and then reset it and carry that sheep until the leg healed. That sheep would grow so attached to the shepherd that it would never again stray. Sometimes the only way to save us is to take us through a difficulty that drives us to the LORD. As we cling to Him and He to us, we learn that is a wonderful place to be. When the difficulty passes, we find ourselves remaining there. Look at your painful experiences in the light of this picture and you will have a different perspective on them. Remember, the shepherd took on a burden for a period of time because he cared for the sheep.

Remember the expression, “This is going to hurt me a lot more than it does you?” It did. It does. Let that touch your heart today.

“You are the salt of the earth. But if the salt loses its saltiness, how can it be made salty again? It is no longer good for anything, except to be thrown out and trampled underfoot.” Matthew 5:13 (NIV)

My entire pharmacy career has been within the walls of a grocery store … and it sure has its perks.

I have 24/7 access to sushi, coffee and warm chocolate chip cookies. Not to mention a ginormous chip aisle and plenty of produce! My mid-shift snack options are endless! Plus, I don’t need to make an extra stop for groceries after work; I’m already there! Staple items like bread, milk and eggs are always just a few feet away.

So it blew my mind when, a few months ago, I reached into my spice cabinet as I was preparing dinner and realized … I was out of salt!

How does a girl who works at a grocery store filled with almost every type of salt — Himalayan, Kosher, Sea Salt, Iodized, Non-Iodized — run out of salt?

Unfortunately, it happens. And apparently, I am not the only one to run out of salt before.

In Matthew 5:13, Jesus tells His disciples (with the crowd listening in),“You are the salt of the earth. But if the salt loses its saltiness, how can it be made salty again? It is no longer good for anything, except to be thrown out and trampled underfoot.”

It’s a statement declaring their identity — not only who they are but also their purpose. And because I’m a follower of Christ, it’s my identity and purpose, too. Jesus created me to be salt and to stay salty (just not the way the urban dictionary defines it).

Salt does three things: adds flavor, makes you thirsty and preserves. How does this relate to what Jesus said in Matthew 5?

As believers, we must add Christ’s flavor to whatever environment He places us in. We are to preserve a Christlike culture in a morally decaying world. And we can cause others to thirst after the God we have inside of us.

I love the way the Message translation puts Matthew 5:13: “Let me tell you why you are here. You’re here to be salt-seasoning that brings out the God-flavors of this earth. If you lose your saltiness, how will people taste godliness? You’ve lost your usefulness and will end up in the garbage.”

I’ve experienced times when I was on a spiritual high after attending a church conference, or I was ready to dive in and dissect more of God’s Word after attending a spiritually rich Bible study … only to lose my cool with my family within the first five minutes of being home.

The truth is, I can surround myself with Bibles, Bible apps and Bible studies. I can listen to sermon podcasts, read daily devotions and attend church services, all of which are great things. But if I am constantly moody and unkind or I ignore those around me, what’s the point? Being a believer and spending time with God should change us and, in turn, change those around us.

Just like salt has no practical use if left in the grocery store aisle, our God-given identity as salt is of no use if it doesn’t translate into our everyday lives.

As a child of the Most High God, I am an ambassador for Christ. He has called me to represent Him wherever I go — at work, at school and even at home.

I pray we never forget this mandate God has given us to be salt: to add His flavor, to preserve a Christlike culture and to cause others to thirst for Him. Oh, that the world would crave what we have!

Stay salty, my friends … “If you lose your saltiness, how will people taste godliness?” (Matthew 5:13c, MSG).

A spirit of hopelessness spread throughout the land. Earlier, there had been optimism after David led Israel’s army to victories. But the environment changed. Threatened by David’s successes, Saul treated him like an enemy, pursuing him relentlessly.

As David fled to a place of safety, people throughout Israel seemed to feel relieved. They knew he was a hunted man, and there were risks for anyone who supported him. But David still provided a ray of hope.

This particularly was true for those who were troubled or weary, those who felt distressed or discontent, and those in debt. David provided a refuge for those facing problems who didn’t know where else to turn.

David reminds us of the promise made by Jesus, who told His followers, “Come to Me, all who are weary and burdened” (Matthew 11:28). He promised they would find rest in Him.

David provided a refuge for everyone in Israel who was in distress. Jesus promises rest and peace for anyone who feels troubled. He is a refuge for those with burdens, those who are sick or discouraged, and those who are worried or afraid. He simply asks us to call on Him, come to Him, and trust Him.

Are you plagued by burdens? Remember, you can take refuge in Jesus. Call on Him. Commit your troubles and concerns to Him. And pray for any people you know who need help.

But because of his great love for us, God, who is rich in mercy, made us alive with Christ even when we were dead in transgressions—it is by grace you have been saved.
Ephesians 2:4-5
DailyVerses.net