“If we confess our sins, he is faithful and just to forgive us our sins and to cleanse us from all
unrighteousness.” “For I will forgive their wickedness and will remember their sins no more.” “Love
prospers when a fault is forgiven, but dwelling on it separates close friends.”  I John 1: 9

For My Own Sake 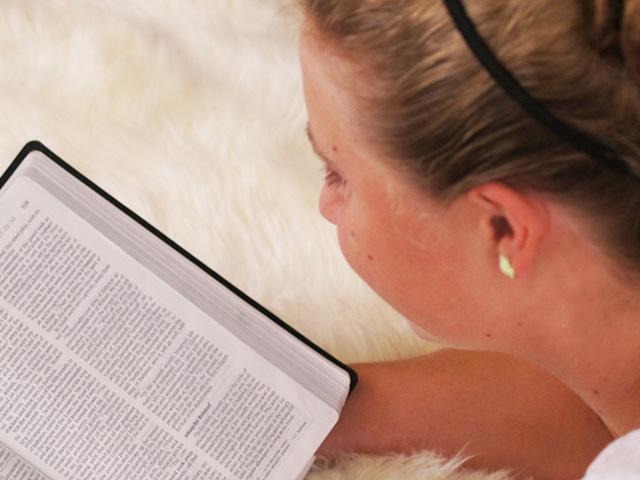 When I really need to hear the voice of God in my life, I find myself escaping into the words of Isaiah. I’m intrigued by God’s words, His active speaking through dialogue, which always strikes me.

One morning, as I read my Bible before class, I stumbled across what is now my favorite verse, Isaiah 43:25 (NIV),

“I, even I, am he who blots out your transgressions, for my own sake, and remembers your sins no more.”

I stared at this verse as my heart dove out of my chest and into these words, deeper and deeper, and swaddled itself in the insane amount of intentional love I found there.

I tend to fall into that category of folks who know they’re forgiven and receive it but still can’t shake the “wretch like me” attitude. As I stared at this verse, God took that attitude, turned it on its head, and shook it until understanding wove itself through every thread of my heart.

I pictured God saying these words to me. Like He was suddenly sitting in my tiny room with me, leaning over my Bible and saying, “For my sake. Forgiving you is about Me, not you. It’s that I want you near me. I want to be with you.”

This verse comes right after God is telling the Israelites how they haven’t brought Him offerings and didn’t call on Him. Rather they have “burdened” Him with sins and “wearied” Him. (Isaiah 43:24)

How many times had I done the same? How many times had I told God with my mouth that I loved him, but done something contrary to what a love for God looked like? I’d stopped counting, and I was left wanting to prove the love I thought had been overshadowed by my sins. I wanted to draw close to the God I loved.

I took my Bible with me everywhere in the days following. I couldn’t part from the love that kept echoing in my heart, “For my own sake.”

We see this same principle echoed throughout everything — God forgiving our sins for His sake because He made us and desires us. Nearly a chapter later, in Isaiah 44:23 (NIV), Isaiah writes,

Cast off that “wretch like me” attitude, because God has forgotten your sins, redeemed you, and loves you! He frees us to sing for joy and shout it out — we’re commanded to embrace this attitude of joy because we have such a strong foundation for it. If you’ve asked for forgiveness, He’s given it to you. So why not take hold of it?

Our redemption is something to be celebrated and enjoyed. Love the gift He’s given you!

The angel of the Lord came upon him (Peter) and a light shined in the prison; and he smote Peter on the side, and raised him up, saying, Arise up quickly. And his chains fell off (Acts 12:7).

And at midnight Paul and Silas prayed and sang praises unto God… And suddenly there was a great earthquake, so that the foundations of the prison were shaken; and immediately all the doors were opened and every one’s bands were loosed (Acts 16:25-26).

This is God’s way. In the darkest hours of the night, His tread draws near across the billows. As the day of execution is breaking, the angel comes to Peter’s cell. When the scaffold for Mordecai is complete, the royal sleeplessness leads to a reaction in favor of the favored race.

Ah, soul, it may have to come to the worst with thee ere thou art delivered; but thou wilt be delivered! God may keep thee waiting, but he will ever be mindful of His covenant, and will appear to fulfill His inviolable Word.
–F. B. Meyer

There’s a simplicity about God in working out His plans, yet a resourcefulness equal to any difficulty, and an unswerving faithfulness to His trusting child, and an unforgetting steadiness in holding to His purpose. Through a fellow-prisoner, then a dream, He lifts Joseph from a prison to a premiership. And the length of stay in the prison prevents dizziness in the premier. It’s safe to trust God’s methods and to go by His clock.
–S. D. Gordon

Providence hath a thousand keys to open a thousand sundry doors for the deliverance of His own, when it is even come to a desperate case. Let us be faithful; and care for our own part which is to suffer for Him, and lay Christ‘s part on Himself, and leave it there.
–George MacDonald

Difficulty is the very atmosphere of miracle — it is miracle in its first stage. If it is to be a great miracle, the condition is not difficulty but impossibility.

The clinging hand of His child makes a desperate situation a delight to Him.

Psalms 55:12-14 12If an enemy were insulting me, I could endure it; if a foe were raising himself against me, I could hide from him. 13But it is you, a man like myself, my companion, my close friend, 14with whom I once enjoyed sweet fellowship as we walked with the throng at the house of God.

The deepest pain is from betrayal by those we have placed our trust in, those who are closest to us. It was after three years of Jesus pouring into Judas’ life, and immediately after washing his feet as an expression of love, that He was betrayed by him. We hurt so much because we have such love for that person. We expected just the opposite from him. We sowed love, and we expected love in return.

This is one reason churches have such internal conflict. We sacrifice for one another with one goal in mind. We experience special times together, and from that conclude that our hearts are one in our mission and purpose. Then someone becomes offended by something, intentional or unintentional. He begins to look for fault in the one who offended him. The offense may even have been an expression of love or a complete misunderstanding. Then the offended one offends. The wounds become deeper and the attitudes more bitter, until Satan has achieved his goal, division.

Once the cycle begins, there is only one way out. Unconditional forgiveness, expressed because of the supernatural love of God in our hearts. You can’t work it up or try hard to express it. It must come from God. Only His love can say of the ones driving nails into him, “Father, forgive them. They don’t know what they are doing.” We must see as he sees, that the battle is not against flesh and blood but against spiritual powers and principalities. It is never personal, no matter how personal it seems. Division in the body of Christ is satanically inspired in the weakest. We can’t dismiss sin and leave it buried, for leaven will permeate the whole. We can love and forgive the weak one and encourage repentance and restoration.

Remember: Has someone offended you? Don’t let the cycle begin. Refuse to play Satan’s game. Do everything possible to restore your relationship with the offender but begin by asking God for His love for that person.

Have you ever had someone tell you to, “Just be yourself and everything will work out”? It sounds so simple doesn’t it?  “Be Yourself.”  What does that even mean? After all, if we could simply “be ourselves,” then wouldn’t the world that surrounds us be a lot different?

I often wonder what friendships would be like if we could simply be who we are inside; to not feel so much pressure to be less or more of an individual than we think we are supposed to be. One thing I’ve begun to focus on in recent months is being the same person everywhere I am no matter who I’m around; but that’s a lot easier said that done.

Don’t get me wrong. I totally realize that none of us are exempt to sin. 1 John 1:8-10 says this: “If we say we have no sin, we deceive ourselves, and the truth is not in us. If we confess our sins, he is faithful and just to forgive us our sins and to cleanse us from all unrighteousness. If we say we have not sinned, we make him a liar, and his word is not in us.”

Can you see how not dealing with sin appropriately keeps us from being ourselves?  Behavior like this causes us to trick ourselves into thinking we are someone who we really aren’t. When we ignore or hide sin, it breeds all kinds of issues, not only in us, but also in the body of Christ.

So how should sin be handled?  How can you “be yourself?”  Well, here are 3 things that will certainly get us going in the right direction: Confession, confrontation and forgiveness.

We all know that we are supposed to confess our sins to God, but what about confessing our sins to one another?  Where does that fit into the picture?  The answer lies within James 5:16, which instructs us to, “…confess your sins to one another and pray for one another, that you may be healed. The prayer of a righteous person has great power as it is working.”  Why isn’t the confession of sins more of a focus in the church today?  Shouldn’t we be doing this every chance we get if it results in “healing and righteousness?”

Secondly, there is confrontation.  Jesus says in Matthew 18:15-17 that, “If another member of the church sins against you, go and point out the fault when the two of you are alone. If the member listens to you, you have regained that one.  But if you are not listened to, take one or two others along with you, so that every word may be confirmed by the evidence of two or three witnesses.  If the member refuses to listen to them, tell it to the church…” Notice that this scenario starts with someone taking the initiative to point out the sin.  Also notice that this person risks not only putting his friend in an uncomfortable situation, but also being humiliated in front of others if he is wrong about his assessment. It’s easy to see why the church struggles with this; it’s not a simple solution.

Lastly, we have forgiveness.  After discussing confrontation and confession, doesn’t forgiveness make a lot more sense now?  There is a very good reason why Jesus instructed us to forgive, “seventy times seven times ” in Matthew 18:22.  Jesus knew we were going to be surrounded by sinful people because we live in a sinful world.  Rather than avoiding it, we need to be brave enough to be the one who chooses to forgive sin unconditionally and infinitely.  Our reaction to sin determines the impact it is able to have on us.  Who knows?  Our reaction may even be so powerful that it may stop that sin in its tracks before it affects others too!