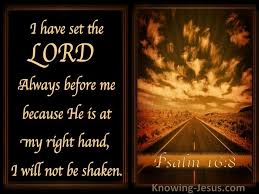 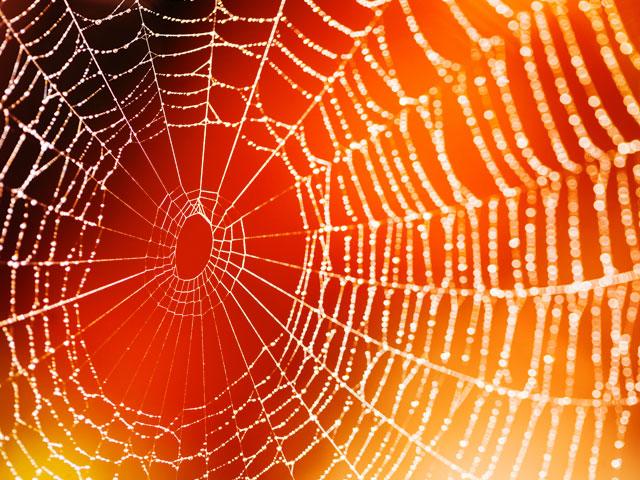 Recently, I caught up with a friend whom I hadn’t seen in weeks. She’s the kind of person who always has something interesting going on, and over lunch, she shared all the amazing events that happened to her over the summer.

I certainly didn’t envy her, because a lot of those things were difficult to go through. However, she had a grand tale to tell nonetheless.

At one point, she said, “If they made a movie out of my life, I think it would be action/adventure. What about you?”

I thought for a  moment, then said, “My life is more like one of those 18th-century English novels that they make you read in high school. Sure, it will be revered as a classic one day, but for the most part, it’s long, boring and there are huge chunks where nothing is going on.”

As soon as I said it, I regretted it. I felt like it was taking a cheap shot at God’s handiwork. During a quiet moment on the car ride back, I prayed, I’m sorry, Lord. I know You’re working in my life, and You’ve got a plan. It’s just that sometimes You’re a little… well, slow.

You understand what I meant, right? There are seasons in your life where you’re in a holding pattern. Every day looks dreadfully like the last one. You wake up one morning and find you’re still in the same house, with the same job, doing the same old things. Your friends moved on, got married, had babies, etc., and you’re still eating Chinese take-out and watching Lifetime TV on Friday nights. You’ve got faith that God has a brighter future for you, but for right now, you’re stuck in a rut.

I certainly felt that way. However, the next day I noticed something interesting that changed my perspective.

Lately, the spiders in my neighborhood have gotten out of control. First of all, they’re the size of silver dollars, and they’re everywhere! Just in time for Halloween, I suppose. You don’t see them much during the day, but they’re often hanging out at night and in the wee hours of the morning. Frankly, they creep me out.

One morning I was walking my dog and noticed the increase of spider webs along my block. It seemed like out of nowhere these things just popped up. And that wouldn’t be strange normally, but I’m not talking about a little string dangling from a corner. I’m talking about huge, elaborate webs that stretch between trees. They’re massive as though they’re out of a movie. I thought, Who has time to build something like this? I mean, I know they don’t have jobs, but come on! I never see these spiders move, and overnight, they’ve taken over.

I felt the Lord say, Yes, it’s interesting what can be accomplished in the midnight hours.

Of course! While we are all sleeping, these guys are slowly weaving their homes. Strand by strand, these little web-slingers work diligently even though we never see it. It’s no wonder they are part of God’s creation.

I praise you, LORD, for being my guide. Even in the darkest night, your teachings fill my mind. Psalm 16:7 (CEV)

You see where I’m going with this, because you may also be in your midnight hour. You’ve been at work when no one else noticed, building up your faith in the dark. It doesn’t look like you’ve got anything – certainly not anything sturdy enough to hang on to. However, God wants you to keep working. Keep praying. Keep believing. Keep speaking those things that are not as though they were (Romans 4:17).

Dawn is coming, and when the sun hits the dew on your web just right, you’ll see a beautiful masterpiece in the morning light. People will stop and stare in amazement. They will marvel at what faith created and be encouraged by all that can be done in the darkness.

Psalms 56:2-4 2My slanderers pursue me all day long; many are attacking me in their pride. 3When I am afraid, I will trust in you. 4In God, whose word I praise, in God I trust; I will not be afraid. What can mortal man do to me?

There are times in life when it seems the whole world has unjustly conspired against you. Slander can turn your good reputation into one in which people unwittingly believe lies about you. Those who join together to bring you down have believed the slander and think they are serving a righteous cause. It is their pride that tells them they are more righteous than you, and therefore they must see that you are removed from the place of respect that your life has earned.

It can seem that life is out of control, that evil has a free reign. That is a fearful thought. If there is no justice, if lies can destroy the innocent, what hope is there of any kind of godly achievement in life? That would cause anyone to fear. But when we are afraid, we need to look to where all power truly lies. It is not in the power of slander. It is not in evil destructive powers, even though it may appear so at the moment. To God belongs power and might. Those who trust in Him are never disappointed. We turn to His unfailing promises and find faith that moves us beyond the present to the promised outcome.

When we see life from this perspective, we can say with David, “What can mortal man do to me?” He can lie, slander, and deceive; he can even beat and kill my mortal body, but all power and might belong to God. I will be eternally rewarded for my trust in Him. My enemies will either be conquered by Him, as I was, and become my brothers, or they will be punished for their rebellion against His love and truth. Every knee will bow! Either way, righteousness and truth will prevail. I can count on it. His Word has never failed and it never will.

Consider: When you are afraid, trust in Him. What can mortal man do?

What Will Your Legacy Be?

One of the most spiritually provocative songs I’ve ever heard is called War Sweater by the band Wakey!Wakey!.

“New York is dangerous, littered with thieves
We’ve no morals here, we just do as we please…”

…sings the narrator in the opening lines. He continues:

“But I don’t want to go home where they all stare at me
‘Cause I’m tattooed and fired up and drunk and obscene.”

I’m sure many of us can picture a similar “wayward” family member or friend. But why exactly does this narrator feel so uncomfortable with this scrutiny? He explains in the following chorus:

“You wear your religion like a War Sweater
You ask for the truth, but you know you could do so much better
And you sat on your fences, and you’ve screamed “no retreat!”
…So what will your legacy be?”

Every time the singer repeats that phrase, “what will your legacy be?” I get knots in my stomach. Because I know my actions and my words will create whatever legacy I leave behind. Reputations are not created by beliefs – rather they come about by observed behavior. No one will remember me simply for getting all my doctrine right or wrong.

They will remember, though, if I wear my religion like a War Sweater. If I thrash my faith about like a flag and scream in the faces of unbelievers. Sadly, many Christians have created such legacies for themselves. Emperor Constantine created the legacy of Christianity’s ties to the government. The Crusaders connected Christianity with war. Even today there are self-professing Christians who stand on street corners and picket funerals, wearing their religion like a War Sweater.

So take a look at the words you speak, at the people you mock, at the bumper stickers adorning your car.

Are you wearing your religion like a War Sweater?

What will your legacy be?

And by faith even Sarah, who was past childbearing age, was enabled to bear children because she considered him faithful who had made the promise.
Hebrews 11:11
DailyVerses.net