The 23rd Psalm
Our Father in heaven,
hallowed be your name,
your kingdom come,
your will be done,
on earth as in heaven.
Give us today our daily bread.
Forgive us our sins as we forgive those who sin against us.
Save us from the time of trial, and deliver us from evil.
For the kingdom, the power, and the glory are yours,
now and forever. Amen. 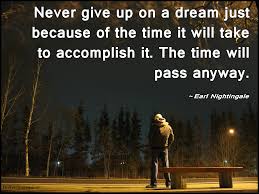 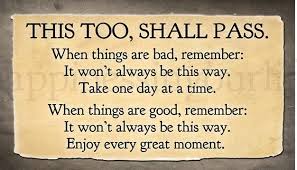 It’s the time of year when nature inspires a sense of awe in us. As leaves die, they give forth one final burst of color brighter than the paint on an artist’s palette. The sky takes on an unusually crisp blueness and the sun’s low, golden rays cast whimsical shadows. We feel energized as autumn breezes stir up the color around us and chase away the dense summer air.

For me, autumn has always been a “second spring.” A playful time, promising us that life, although soon to be hidden in the dead of winter, will only be invisible for a short while. When the days are gray, cold, and hard, I remember that only a few short weeks ago, the world was light and lively and in only a few weeks more, color will return.

As the author of Ecclesiastes reminds us, God designed life to run in cycles or seasons. Yet how often do we approach this life with expectations of perpetual summer, only to struggle with anxiety and disappointment when winter inevitably interrupts? I know I am guilty of this.

I spent time with my twin sister over this beautiful Fall weekend, and in the course of conversation, she revealed to me how approaching life as a series of seasons gives her perspective as a young wife and mom. “I’ve seen couples apply much pressure to their family life, expecting every week to live to the standard of the last, just as happy or productive, just as evenly paced. I think it takes a lot of burden off when you accept that this week will not necessarily look like last week, and that some seasons of life will be better than others.”

Knowing there is a natural rhythm, a “time to weep and a time to laugh,” gives us permission to let go of perfectionist expectations of our lives. It lightens our burdens by giving us hope for the future in the midst of trial and prepares us for times of struggle – until the day comes when there will be no more winter and no more tears.

Psalms 66:10-12 10For you, O God, tested us; you refined us like silver. 11You brought us into prison and laid burdens on our backs. 12You let men ride over our heads; we went through fire and water, but you brought us to a place of abundance.

Becoming a Christian does not mean that all trials will cease and life suddenly become as smooth as it can be. On the contrary throughout Scripture we see God’s people enduring trials that nearly crush them. Paul the Apostle promised that if we suffer with Him, we will reign with Him (2 Timothy 2:12).

What is this difficult life we are called to all about? God is refining us. In the Father’s eyes the work is done, but here on earth as we live out our day to day life, we find the old person we once were is trying to reestablish his ways in us. It was our familiar pattern, and one we would easily slip back into. Through the difficult situations we face, God shows us the old ways that we are tempted to cling to. If we try them again, we find they are contrary to our new life. It is like the refining of a metal. The heat brings up the lighter contaminants so that they can be removed. One old silversmith said that he knew when the silver refining process was finished when he could see his reflection in the silver. God is looking for His reflection in you.

In the end God brings us out into a place of abundance. For many, that will not be in this life. You may have to wait for heaven. Oh, but what a place of abundance! Those who died in faith, and did not receive the promises in this life, go to a better reward (Hebrews 11:39-40). You are not alone in your suffering. Let the Comforter comfort you.

Consider the eternal great reward and endure by the grace of God. He will bring you out into a place of abundance!

Streams in the Desert – October 17

“God forbid that I should glory, save in the cross of our Lord Jesus Christ, by whom the world is crucified unto me, and I unto the world” (Gal. 6:14).

They had asked they knew not what, nor how, but He had taken them at their word, and granted them all their petitions. They were hardly willing to follow Him so far, or to draw so nigh to Him. They had upon them an awe and fear, as Jacob at Bethel, or Eliphaz in the night visions, or as the apostles when they thought that they had seen a spirit, and knew not that it was Jesus. They could almost pray Him to depart from them, or to hide His awfulness. They found it easier to obey than to suffer, to do than to give up, to bear the cross than to hang upon it. But they cannot go back, for they have come too near the unseen cross, and its virtues have pierced too deeply within them. He is fulfilling to them His promise, “And I, if I be lifted up from the earth, will draw all men unto me” (John 12:32).

But now at last their turn has come. Before, they had only heard of the mystery, but now they feel it. He has fastened on them His look of love, as He did on Mary and Peter, and they can but choose to follow.

Little by little, from time to time, by flitting gleams, the mystery of His cross shines out upon them. They behold Him lifted up, they gaze on the glory which rays from the wounds of His holy passion; and as they gaze they advance, and are changed into His likeness, and His name shines out through them, for He dwells in them. They live alone with Him above, in unspeakable fellowship; willing to lack what others own (and what they might have had), and to be unlike all, so that they are only like Him.

Such, are they in all ages, “who follow the Lamb whithersoever he goeth.”

Had they chosen for themselves, or their friends chosen for them, they would have chosen otherwise. They would have been brighter here, but less glorious in His Kingdom. They would have had Lot’s portion, not Abraham’s. If they had halted anywhere–if God had taken off His hand and let them stray back — what would they not have lost? What forfeits in the resurrection? But He stayed them up, even against themselves. Many a time their foot had well nigh slipped; but He in mercy held them up. Now, even in this life, they know that all He did was done well. It was good to suffer here, that they might reign hereafter; to bear the cross below, for they shall wear the crown above; and that not their will but His was done on them and in them.
–Anonymous

“But the Comforter, which is the Holy Ghost, whom the Father will send in my name, he shall teach you all things, and bring all things to your remembrance, whatsoever I have said unto you.” John 14:26

I have heard many fanatical persons say that the Holy Spirit revealed this and that to them. Now that is very generally revealed nonsense. The Holy Spirit does not reveal anything fresh now. He brings old things to our remembrance. “He shall teach you all things, and bring all things to your remembrance whatsoever I have told you.” The canon of revelation is closed; there is no more to be added. God does not give a fresh revelation, but he rivets the old one. When it has been forgotten, and laid in the dusty chamber of our memory, he brings it out and cleans the picture, but does not paint a new one. There are no new doctrines, but the old ones are often revived. It is not, I say, by any new revelation that the Spirit comforts. He does so by telling us old things over again; he brings a fresh lamp to manifest the treasures hidden in Scripture; he unlocks the strong chests in which the truth has long lain, and he points to secret chambers filled with untold riches; but he creates no more, for enough is done. Believer! There is enough in the Bible for thee to live upon for ever. If thou shouldst outnumber the years of Methuselah, there would be no need for a fresh revelation; if thou shouldst live till Christ should come upon the earth, there would be no necessity for the addition of a single word; if thou shouldst go down as deep as Jonah, or even descend as David envisaged into the belly of hell, still there would be enough in the Bible to comfort thee without a supplementary sentence. But Christ says, “He shall take of mine and shall show it unto you.”

However, as it is written: What no eye has seen, what no ear has heard, and what no human mind has conceived — the things God has prepared for those who love him.
1 Corinthians 2:9
DailyVerses.net

I will refresh the weary and satisfy the faint.
Jeremiah 31:25
DailyVerses.net