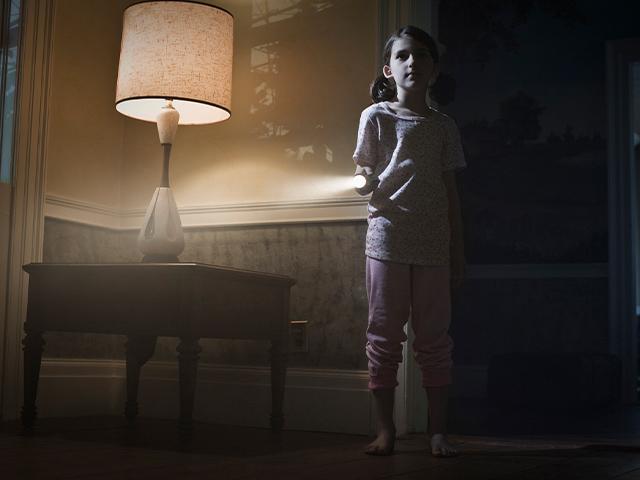 “Sin is crouching at your door; it desires to have you, but you must rule over it.” (Genesis 4:7 NIV)

I was six years old and in big trouble. I’d done something horrible.

It happened at the house of Diana, my nine-year-old neighbor, a tall, gentle girl who was kinder to me than all the other big kids.

A bunch of us were playing in Diana’s room when gravel crunching in the driveway announced the arrival of Diana’s father, a grizzly bear of a man – towering and burly, with a deep military voice. He was very strict and often barked orders to Diana and her little brothers, who knew they had better obey immediately.

When he drove up that day, everyone suddenly remembered a reason to go home.

I saw the sad look on Diana’s face as the other kids fled, so I stayed.

After tiring of board games, Diana picked up her baton and suggested we go outside to twirl; a hard-and-fast rule allowed no batons or balls inside the house. I grabbed my baton and couldn’t resist trying to impress Diana by whirling it around my neck.

The sound of shattering glass froze my heart as Diana’s bedside lamp crashed to the floor. Then the huge shadow of Diana’s father filled the doorway.

Diana intentionally stepped between her father and me as his face turned crimson and a large vein on his forehead began to pulsate. “Who’s responsible for this?” his voice boomed as he eyed the shards of ruined lamp on the floor.

Immobilized by fear, I stared mutely at the mess, unable to breathe.

Diana held up her baton and answered, “It’s my fault, Daddy.” She gently pushed me into the hallway and closed the door behind me.

I listened outside the door, quivering, as Diana’s dad shouted about rules, learning responsibility, and paying for a new lamp with her own money.

When I heard things escalating, I couldn’t take any more. I blindly ran, not stopping until I was in my own room, sobbing on my bed. I knew Diana was at that moment receiving the worst kind of punishment in my place. I deserved that belt, but she willingly took the pain for me.

I had to do something. I shook my piggy bank and gathered the handful of coins that fell out. Still weeping as I ran, I stumbled back to Diana’s front door.

Diana answered my knock with red, puffy eyes. Yet she smiled. I was forgiven. It made my heart hurt.

I held out my pitiful offering, knowing it wouldn’t be nearly enough to pay for the lamp. But Diana shook her head.

“No,” she said softly. “Keep your money. It was an accident. It’s all over now, so let’s not talk about it anymore.”

And we didn’t. Not that day. Not ever.

But I’ve never forgotten. Even now, decades later, a warm tear escapes when I think about Diana’s lamp. My friend willingly sacrificed herself on my behalf through every lash of that belt.

I realize now that in her selfless actions, Diana exemplified what Jesus did for me – and for you. He sacrificed Himself in our place, accepting our rightful punishment and loving us through every lash of the whip and pounding of nails into His flesh.

How, then, can we not be moved when we consider the Sacrificial Lamb suffering so that we might have life everlasting?

Let Me Take Care of That for You

I recently had a bit of a three-ring-circus to deal with trying to pay a toll. Our lovely Richmond, VA is indeed a beautiful city, but we sure do have some tolls. In fact, depending on where you’re going and from where you’re coming, you may have to pay 3 or 4 tolls in one trip. That happened to me a few weeks ago. As I left the office (right in the middle of the city) and headed southside to visit a friend, I realized too late that I didn’t have enough cash to pay the final toll. With a sigh, I asked for a receipt from the toll booth and went on my way.

I won’t bore you with the details, but let’s just say I talked to far too many people on the phone, hand-delivered my toll payment in some city office, and still got a “Toll Violation” notice in the mail. This resulted in mild deflation of my spirits. My family said, “Debbie, don’t worry. Just call them and explain.” I tried to, but was informed that not only was there no record of my payment, but that I would be forced to pay an extra $13 (on a 70 cent toll!) for a vague “Administration” fee.

Come on, I kept thinking. I’m just trying to live my life and pay my toll.

In one last valiant move to get some help, I walked back to the aforementioned office on my lunch break the next afternoon. As it so happened, a high ranking administrator happened to be there right when I was. As I explained the situation, he made a copy of my toll notice and immediately got someone on the phone.

“I can dismiss this for you,” he said.

“Nope. Nothing,” he said. “Here’s my card. If you get another notice, just call me.”

I left the office that day with a spring in my step and a burden off my shoulders. I was no longer going to be hounded by the toll agencies!

“See, we told you,” my family said. “You shouldn’t have worried.”

Isn’t our relationship with Christ a lot like that, sometimes? I feel like I have worried and fretted about so many things, only to realize in retrospect that God was trying to tell me, “Baby, let me take care of that for you.”

“Look at the birds of the air: they neither reap nor gather into barns, and yet your heavenly Father feeds them. Are you not of more value than they?” (Matthew 6:26)

The Still Powerful Meaning of ‘Jesus Take the Wheel’

The ‘Jesus take the wheel’ meaning resonated with me personally during my husband’s knee replacement surgery and recovery.

When he retired ten years ago, we moved to a small mountain community sixty miles from shopping and the Veteran’s Hospital where he had his surgery. Several years ago, we bought the car of his dreams, our only functioning car. We went everywhere together with him as the designated driver. Occasionally, I would drive locally, but for the most part, he was at the wheel.

Everything changed after his knee surgery. I had to do all the driving in a car I wasn’t familiar with on curvy mountain two-lane roads and on streets in town I had never driven before. On one particular morning, I had to leave home at 6:00 A.M. to pick him up at the VA Hospital. I sat in the driver’s seat and literally prayed, “Jesus take the wheel. I’m depending on you to help me make this difficult journey.”

The ‘Jesus take the wheel,’ meaning originated with a song written by Brett James, Hillary Lindsey, and Gordie Sampson recorded by Carrie Underwood. The ballad tells of a mother deep in thought about her difficult year while driving too fast on a snowy Christmas Eve when the car spins out on black ice. Unable to control the car, she throws her hands in the air and cries out for Jesus to take the wheel and help her and her baby in the backseat. When the car finally rests on the side of the road, she ultimately realizes she needs to restore her faith and let Jesus take control of all her life.

What Does It Mean for Jesus to ‘Take the Wheel’?

The song Jesus Take the Wheel resonated with many people who have tried to live their life on their own terms, often with devastating results. Maybe they had never given their heart to Jesus, or at one time knew the comfort of surrendering to Jesus then snatched back control to navigate life themselves. Traveling through life on our own terms will always end in a crash either emotionally, physically, or mentally, but always spiritually.

The Christian life is one of constant submission of our ways to the Lord’s ways. It’s often a tug-of-war between letting Jesus take the wheel in our life and wrestling it away from him thinking we know better than he does what’s best for us. We know there can only be one person in the driver’s seat, but we’re not always willing to let that person be Jesus. We’re often backseat drivers trying to argue with Jesus about how we should live or we push him completely out of our life and take over the wheel ourselves.

The hardest part for my husband during his knee surgery recovery was to let me drive without repeatedly giving me his opinion and directions from the passenger seat. We had many discussions that he had to relax and just let me drive because I was the only one at the time who could safely get us to our destination. I needed his confidence, encouragement, and prayers. He literally had to surrender the wheel and trust me.

It was hard for him to let me take control of the car and it’s just as hard for us to let Jesus safely get us to our destinations in life.

How Can We Let Jesus Take the Wheel in Our Own Lives?

Just like my husband continually struggled with giving up control to me every time we got in the car, giving up control of our life to Jesus is a lifetime daily struggle for all of us. It doesn’t come easy and it’s not instant the moment we become Christians. Being a Christian and living by biblical principles is a continuously evolving process as our faith matures and we learn to trust that God wants the best for us, even when we can’t visibly see or even sense it.

Jesus knew that our humanness would make it extremely difficult for us to turn our lives completely over to him when we couldn’t see him visibly, so he made sure we had ways to communicate with him in our Spirit.