Is That Your Final Answer? 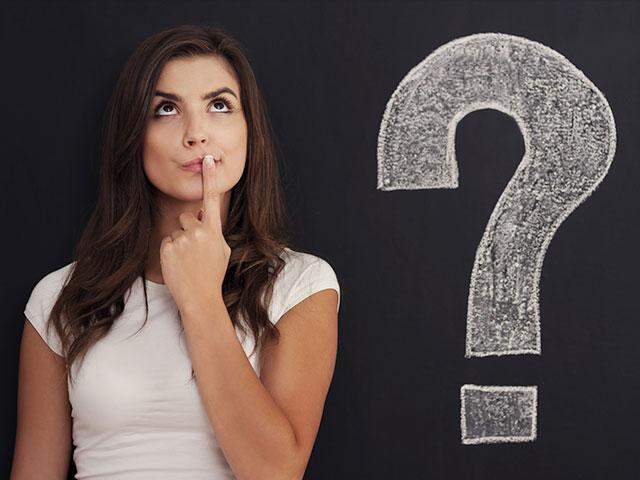 Many of you will recognize the title of this article as the tagline from the game show, Who Wants to Be a Millionaire? Contestants sit in a seat opposite the host and answer multiple-choice questions in increasing difficulty, but also in increasing value up to the final one million dollar question. As they answer the questions the host asks, “Is that your final answer?” to which the player must respond that it is their final answer in order to “lock it in.” Only then will the show proceed to find out if the answer was the correct one or not.

The contestant must lock in an answer, even in the cases when they don’t know the answer. Who knows, they might get lucky and actually pick the right one? In such cases, they get to continue to play for even more money. However, life certainly isn’t like that. GOD certainly isn’t like that. Living for the Lord is a walk of faith that, on occasion, demands we declare we don’t know the answer, yet proceed anyway.

The story of Abraham underscores this tremendous truth. In Genesis 12:1-3 we find the call of Abraham and it starts like this:

“The LORD had said to Abram, “Leave your native country, your relatives, and your father’s family, and go to the land that I will show you.” Genesis 12:1 (NLT)

As the call continues, the Lord promises Abram to make a great nation out of him – a nation that will bless the world.

Genesis 12:4 tells us that Abram obeyed the Lord and moved his family. Obviously, the Lord led Abram to the land of Canaan, but often we neglect to delve into the true act of faith required to make that move. Imagine telling not only your immediate family but your extended family that you are moving. They all come over and help you pack up your moving camels (trucks of Abram’s day) and keep asking you where you are moving to. Your only response, “I don’t know.” Abram had no idea where he was going, only a sense of the Lord’s leading and that when Abram got there, God would tell him; “To a land which I will show you.”

In His famous “Don’t worry” teaching from the Sermon on the Mount in Matthew 6, Jesus told us not to be concerned over the affairs of life:

“That is why I tell you not to worry about everyday life—whether you have enough food and drink, or enough clothes to wear. Isn’t life more than food, and your body more than clothing? Matthew 6:25 (NLT)

“So don’t worry about these things, saying, `What will we eat? What will we drink? What will we wear?’ These things dominate the thoughts of unbelievers, but your heavenly Father already knows all your needs. Seek the Kingdom of God above all else, and live righteously, and he will give you everything you need.” Matthew 6:31-33 (NLT)

“I don’t know” is a legitimate answer, and often it is the answer required by those who live by faith. Where are you going? What are you going to do when you get there? How will you live? How will you pay your bills? I don’t know, I DON’T KNOW, I DON’T KNOW! But I know this, God knows! The fact that God knows, in the end, is the only thing that really matters. As He leads, He provides because He is a good father.

We like to put on the false front that we have it all together and have the answers for everything. It gets uncomfortable and we feel silly telling people that we don’t know the answers to their questions. Pretending that we know it all will rob us of our faith. We don’t live trusting in luck, we live trusting in God. It is okay to not know. So, the next time someone asks the tough questions of faith and how things are going to work out, for which there is no definitive answer, look them straight in the eye and tell them, “I don’t know, but God knows, and that’s my final answer.”

Whoever wants to become great among you must be your servant, and whoever wants to be first must be slave of all. For even the Son of Man did not come to be served, but to serve, and to give his life as a ransom for many.” – Mark 10:43-45

Sometimes, I get restless. I went to college at Taylor University, a small Christian school in the middle of Cornfield, Indiana. Though Taylor wasn’t very big, it strove to serve Christ, and encouraged its students to impact the world for God. During the January term, when you could sleep all day and goof-off all night, Taylor offered something called Lighthouse Missions. Instead of wasting their brief vacation, students became a part of service-learning projects that allowed them to share Christ with a world in need.

When Spring Break came around, and the beaches of Florida were calling, it sent students everywhere from Russia to the neighboring town of Grant County, where they engaged in housing projects, orphan care, and outreach. It was tough giving up those precious vacation days, but it felt good to know you were serving Christ. Unfortunately, after graduation opportunities like these are harder to come by. With a forty to fifty-hour work week, not to mention budgeted money and vacation time, jetting off to some foreign location isn’t something you can just do.

I can remember sitting in church, boiling with frustration because I couldn’t just go do something like I had in college. God clearly has a sense of irony, because at that moment the pastor stood up and asked for volunteers to help pack up after the service. My problem? I had become the “wealthy giver.” Not sure what I mean? Read this story in Mark 12:

Jesus sat down opposite the place where the offerings were put and watched the crowd putting their money into the temple treasury. Many rich people threw in large amounts. But a poor widow came and put in two very small copper coins, worth only a fraction of a penny. Calling his disciples to him, Jesus said, “I tell you the truth, this poor widow has put more into the treasury than all the others. They all gave out of their wealth; but she, out of her poverty, put in everything–all she had to live on.” – Mark 12:41-44

It’s amazing how serving Christ can easily become something selfish. I was only interested in serving if it was on my terms, and because of that, I let a lot of opportunities pass me by. The truth is that volunteering for a church nursery could be just as important in God’s eyes as building houses in another country.

An old professor once told my class that the kingdom of God is built on willing hearts. When we choose to follow God, we are laying the bricks of his kingdom, and creating a sturdy foundation for others to stand on. So get involved, and if you feel God leading you toward a big opportunity, take it. But don’t be too proud to serve in the small places. Sometimes it’s the little things that make all the difference.

Streams in the Desert – January 4

Jesus saith unto him, “Go thy way; thy son liveth. And the man believed the word that Jesus had spoken unto him, and he went his way” (John 4:50).

When there is a matter that requires definite prayer, pray till you believe God, until with unfeigned lips you can thank Him for the answer. If the answer still tarries outwardly, do not pray for it in such a way that it is evident that you are not definitely believing for it. Such a prayer in place of being a help will be a hindrance; and when you are finished praying, you will find that your faith has weakened or has entirely gone. The urgency that you felt to offer this kind of prayer is clearly from self and Satan. It may not be wrong to mention the matter in question to the Lord again, if He is keeping you waiting, but be sure you do so in such a way that it implies faith.

Do not pray yourself out of faith. You may tell Him that you are waiting and that you are still believing Him and therefore praise Him for the answer. There is nothing that so fully clinches faith as to be so sure of the answer that you can thank God for it. Prayers that pray us out of faith deny both God’s promise in His Word and also His whisper “Yes,” that He gave us in our hearts. Such prayers are but the expression of the unrest of one’s heart, and unrest implies unbelief in reference to the answer to prayer. “For we which have believed do enter into rest” (Heb. 4:3).

This prayer that prays ourselves out of faith frequently arises from centering our thoughts on the difficulty rather than on God’s promise. Abraham “considered not his own body,” “he staggered not at the promise of God” (Rom. 4:19, 20). May we watch and pray that we enter not into temptation of praying ourselves out of faith.
–C. H. P.

Faith is not a sense, nor sight, nor reason, but taking God at His Word.
–Christmas Evans

You will never learn faith in comfortable surroundings. God gives us the promises in a quiet hour; God seals our covenants with great and gracious words, then He steps back and waits to see how much we believe; then He lets the tempter come, and the test seems to contradict all that He has spoken. It is then that faith wins its crown. That is the time to look up through the storm, and among the trembling, frightened seamen cry, “I believe God that it shall be even as it was told me.”

What good is it for someone to gain the whole world, yet forfeit their soul?
Mark 8:36
DailyVerses.net