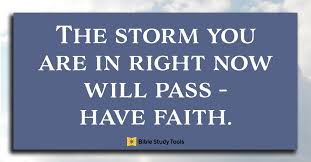 Then the woman of Samaria sad to Him, “How is it that You, being a Jew, ask a drink from me, a Samaritan woman?” For Jews have no dealings with Samaritans. …And at this point His disciples came, and they marveled that He talked with a woman; yet no one said, “What do You seek?” or, “Why are You talking with her?” (John 4:9, 27 NKJV)

Have you ever wanted to add a footnote to “Love your neighbor as yourself”?

Yes, of course we are to love others, but:

John tells us a story of Jesus making a point to travel through Samaria (John 4:3-42). Back then Jews generally had no dealings with Samaritans. Some despised the Samaritans even more than Gentiles, as they were considered half-breeds and practitioners of a perversion of the true Jewish faith.

It’s here Jesus meets a woman gathering water while his disciples are off getting food. Women would typically gather water in the morning when it was cool. This woman had come at noon, alone. We don’t know a lot about her, but we find out she had gone through five husbands and the man she was currently with was not her husband. Is this why she chose to avoid gathering water in the morning? To endure the gaze of the hot sun rather than the gaze of the other women? Perhaps.

Jesus starts a conversation. If passing through Samaria wasn’t bad enough, now Jesus is alone with a less than reputable Samaritan woman drinking from her cup at a public well. Not the best image for a Jewish Rabbi.

The woman marvels: “Why would this Jewish man approach a Samaritan woman like me in the heat of the day?”

The disciples return and marvel: “Why would the master approach a Samaritan woman like that at any time of day?”

Though culturally and religiously in opposition, both groups are in agreement here. “Jesus is not behaving the way we expect religious Jews to behave.”

Loving others was not a new concept for the disciples. They would have known the scripture:

“…you shall love your neighbor as yourself: I am the LORD.” Leviticus 19:18a.

Yet the way Jesus loved revealed their (and perhaps sometimes our own) shallow view on what it looks like to love others.

And we marvel. We marvel because it’s a love not of this world. It’s unnatural, undeserved, and often unrequited.

But this is what separates Christian love from the love of the world:

There will be moments in our lives when we have the opportunity to love sacrificially: to approach the person nobody else will approach, to return compassion for hatred, to give with no thought of return. Today and every day, let us be on the lookout for such opportunities. They may first appear as problems, obstacles, or inconveniences. But it is this type of love that will cause the world to marvel and acknowledge the work of God in our lives.

“Hiram sent him ships and servants who knew the sea; and they went with Solomon’s servants to Ophir, and took from there 450 talents of gold, and brought them to King Solomon.” – 2 Chronicles 8:18 NASB

Ophir. A place of mystery. Today, no one knows where it was located. In Africa? On the Arabian Peninsula? But it was well known in Bible times. A thousand years before Christ, ships were built that traveled hundreds of miles to this faraway land.

Ophir is mentioned in Genesis as an ancestor of Shem. In Job, it was associated with gold (Job 22:24). David himself gained riches from Ophir, providing 3,000 talents “of the gold of Ophir” to help build the temple (1 Chronicles 29:3-4).

Ophir became central to Solomon. He arranged for Hiram, king of Tyre, to provide ships for a journey to Ophir. Together with Solomon’s servants, they returned with an unbelievable amount of gold. In modern terms, about 16 metric tons!

Kings after Solomon continued to be attracted to the riches found in Ophir. We read, for example, how “Jehoshaphat made ships of Tarshish to go to Ophir for gold” (1 Kings 22:48). Ophir and its gold may have become an obsession for some, but their search did not bring lasting peace or happiness.

Many of us have places of our own like Ophir that become obsessions, objects that dominate our thoughts, experiences we crave. But, in the end, the Bible tells us that these things can be like chasing the wind (Ecclesiastes 1:14).

Don’t be obsessed with temporary things. Seek riches that will last – what you invest in God’s Kingdom.

“I canceled all that debt of yours because you begged me to. Shouldn’t you have had mercy on your fellow servant just as I had on you?” — Matthew 18:32

Some offenses are so deeply hurtful that it can take time and healing to be ready to let them go.

In Jesus’ parable, the debt that the unforgiving servant had built up was a huge one, yet the king had compassion and released him of all obligation. That guy represents you and me. While we were yet sinners, Jesus died for us, to pay the debt for all our sin against God (Romans 5:8-11). We have been set free!

As people who have been given a clean slate, can we, in turn, forgive others who have sinned against us? That’s much easier said than done, especially when the world tells us to stand up for our rights, get revenge, and cut ties with anyone who hurts us. In cases of abuse or danger, we do need to maintain safety, but to hold on to hatred makes us miserable.

There was a man who nearly destroyed my life. It took many years before I could tell him, in the presence of others, that God has helped me to forgive him. In response to God’s grace, how could I not do that?

Streams in the Desert – January 20

Sorrow is better than laughter; for by the sadness of the countenance the heart is made better (Ecclesiastes 7:3).

When sorrow comes under the power of Divine grace, it works out a manifold ministry in our lives. Sorrow reveals unknown depths in the soul, and unknown capabilities of experience and service. Gay, trifling people are always shallow, and never suspect the little meannesses in their nature. Sorrow is God’s plowshare that turns up and subsoils the depths of the soul, that it may yield richer harvests. If we had never fallen, or were in a glorified state, then the strong torrents of Divine joy would be the normal force to open up all our souls’ capacities; but in a fallen world, sorrow, with despair taken out of it, is the chosen power to reveal ourselves to ourselves. Hence it is sorrow that makes us think deeply, long, and soberly.

Sorrow makes us go slower and more considerately, and introspect our motives and dispositions. It is sorrow that opens up within us the capacities of the heavenly life, and it is sorrow that makes us willing to launch our capacities on a boundless sea of service for God and our fellows.

We may suppose a class of indolent people living at the base of a great mountain range, who had never ventured to explore the valleys and canyons back in the mountains; and some day, when a great thunderstorm goes careening through the mountains, it turns the hidden glens into echoing trumpets, and reveals the inner recesses of the valley, like the convolutions of a monster shell, and then the dwellers at the foot of the hills are astonished at the labyrinths and unexplored recesses of a region so near by, and yet so little known. So it is with many souls who indolently live on the outer edge of their own natures until great thunderstorms of sorrow reveal hidden depths within that were never hitherto suspected.

God never uses anybody to a large degree, until after He breaks that one all to pieces. Joseph had more sorrow than all the other sons of Jacob, and it led him out into a ministry of bread for all nations. For this reason, the Holy Spirit said of him, “Joseph is a fruitful bough…by a well, whose branches run over the wall” (Gen. 49:22). It takes sorrow to widen the soul.
–The Heavenly Life

Let your gentleness be evident to all. The Lord is near.
Philippians 4:5
DailyVerses.net

But among you there must not be even a hint of sexual immorality, or of any kind of impurity, or of greed, because these are improper for God’s holy people.
Ephesians 5:3
DailyVerses.net