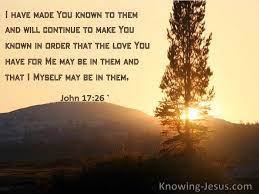 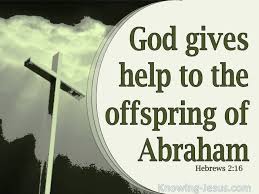 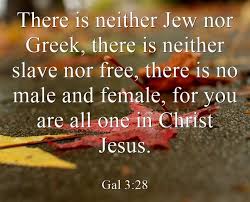 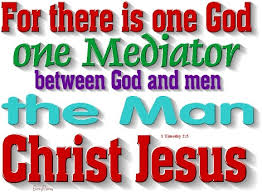 May the God who gives endurance and encouragement give you a spirit of unity among yourselves as you follow Christ Jesus, so that with one heart and mouth you may glorify the God and Father of our Lord Jesus Christ. Accept one another, then, just as Christ accepted you, in order to bring praise to God – Romans 15:6,7

A couple years ago, I spent two weeks with missionary friends in France. Over the course of those days, I learned a bit about buying baguettes, European clothing sales and measurements, and where to watch for pickpockets. I picked up a couple helpful phrases, (often falling back on the always-applicable “pardon” and “bonjour”), took the RER train system, and frequented the French version of Walmart (it’s called Auchan). I got used to hearing a language that made little sense to me in the streets. But two weeks did not instill a sense of belonging. I loved the experience, but the language barrier was too great to tempt me into staying.

The most nerve-wracking moments – for us unilingual Americans – came the day our hosts had other commitments. We were left to attempt a trip into Paris on our own, without our erstwhile friend/guide/translator. In reality, the abundance of English-speaking Frenchmen should have made us easy, but we still felt painfully and distinctly not French. It was intimidating to jump on the RER with its quiet passengers, who knew the route better than we did and would immediately identify us if we opened our mouths. We stuck with “pardon” for the train ride, though we later chickened out and ask the restaurant’s waiter if he spoke English. He said, “Yeah, sure.”

Perhaps the most rewarding evening of the trip was a birthday celebration at our hosts’ home, when several of their French friends came for dinner. The language barrier still existed, but its unease lifted during that evening. We all made linguistic blunders – some of which were funnier than others. But for all of us, we were united in our mutual friendship of the hosts, and our implicit trust that, well, if he’s friends with them, they must be wonderful people. The unspoken bond carried even further in some cases, when we knew we shared a common faith as well as friend.

Our Parisian adventure eventually ended back in Dulles International airport—not the most exciting or warm place in the U.S. But did we ever fell at home! We felt so welcomed and at home. Everything was written in our own language! We could understand the passing comments of strangers! We could joke in line at Starbucks! We could speak without translating in our heads! We could revel in our Americanness because we were home. Our language unified us with total strangers after the immersion of two weeks in France.

Being back in our home culture with our native language made me feel like old friends with total strangers, who probably gave me an odd look at the time. But the unity of our common understanding was wildly apparent to me, and I couldn’t help feeling joyful at the strangeness of hearing my own language again.

Compare this to the miracle of Pentecost, when a chaotic world market suddenly burst with understanding. Those standing the cosmopolitan heard a unifying call where they least expected it. They said,

“How is it that each of us hears them in his own native language? Parthians, Medes and Elamites; residents of Mesopotamia, Judea and Cappadocia, Pontus and Asia, Phrygia and Pamphylia, Egypt and the parts of Libya near Cyrene; visitors from Rome (both Jews and converts to Judaism); Cretans and Arabs–we hear them declaring the wonders of God in our own tongues!” (Acts 2:8-11)

After Peter’s presentation of the Gospel, three thousand people were convinced of the truth of Christ and believed in Jesus. How does something like that happen?

Streams in the Desert – January 23

God is “a very present help in trouble.” But He permits trouble to pursue us, as though He were indifferent to its overwhelming pressure, that we may be brought to the end of ourselves, and led to discover the treasure of darkness, the unmeasurable gains of tribulation.

We may be sure that He who permits the suffering is with us in it. It may be that we shall see Him only when the trial is passing; but we must dare to believe that He never leaves the crucible. Our eyes are holden; and we cannot behold Him whom our soul loveth. It is dark–the bandages blind us so that we cannot see the form of our High Priest; but He is there, deeply touched. Let us not rely on feeling, but on faith in His unswerving fidelity; and though we see Him not, let us talk to Him. Directly we begin to speak to Jesus, as being literally present, though His presence is veiled, there comes an answering voice which shows that He is in the shadow, keeping watch upon His own. Your Father is as near when you journey through the dark tunnel as when under the open heaven!
–Daily Devotional Commentary

Genesis 25:23 23The LORD said to her, “Two nations are in your womb, and two peoples from within you will be separated; one people will be stronger than the other, and the older will serve the younger.”

The unnamed servant of Abraham went to Haran and sought out a wife for Isaac. If we follow the analogy of Isaac being a foreshadow of Christ, then this servant is like the Holy Spirit seeking the bride of Christ. He finds Rebecca and takes her from her father’s house without delay. When Rebecca is joined with her husband, she finds this war within her. Is that not true of us, the bride of Christ. The flesh is warring against the spirit and the spirit against the flesh (Galatians 5:17).

The custom of that day was for the firstborn to receive twice as much as any other heir along with the responsibility and authority of the father. That has carried down to this day in many Eastern countries, but God reversed the order with Abraham’s sons and Isaac’s sons, and others. The picture is that the first born, the flesh, must serve the second born, the spirit. There must be a separation as God predicted to Rebecca. We have to set the flesh aside, crucify it with Christ, and refuse to serve it. Even more than that, we must master it.

Which one is the stronger? If we look physically, by sight, we would say Esau. Notice the prophecy says ‘one people will be stronger’. If we look at the people descended from them, the Jewish people have been stronger spiritually and in persistence. These two are at war, even as I write, through the nations they have become. There is a war within you, Christian brother or sister. You must set the flesh aside. The Spirit is stronger. Don’t for a moment believe the flesh is. The older will serve the younger. See that it is so by yielding to the life of the Jesus in you every day.

God teaches us obedience so our faith will increase and our life will be transformed.

To get the most out of this devotion, set aside time to read the Scripture referenced throughout.

Any good gardener will tell you the importance of staking new plants. The braces provide support and help plants grow straight and tall. In teaching us obedience, the Lord similarly redirects our natural inclinations so we can grow in a Godward direction.

As we mature in our faith, we see that the Lord is teaching us how to submit ourselves to Him in ways both big and small. And yet He never forces us to comply. That means obedience isn’t passive; it’s a decision we make again and again until we’ve completed our time on earth.

Remember that even Jesus practiced the discipline of submission, and—as always—He serves as our role model (Heb. 5:7-8). Like Him, we must choose to live obediently, even when what we’re being asked to do is hard or painful. This willingness to listen and follow, no matter what the cost, glorifies God and transforms us in ways we never imagined (2 Cor. 9:13).

• Have you been fighting against the Lord’s guidance? How can you begin to make a better choice and grow in obedience to Him?

Watch out for false prophets. They come to you in sheep’s clothing, but inwardly they are ferocious wolves.
Matthew 7:15
DailyVerses.net

Taking the five loaves and the two fish and looking up to heaven, he gave thanks and broke them. Then he gave them to the disciples to distribute to the people. They all ate and were satisfied, and the disciples picked up twelve basketfuls of broken pieces that were left over.
Luke 9:16-17
DailyVerses.net