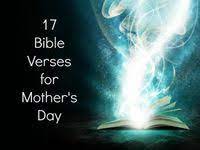 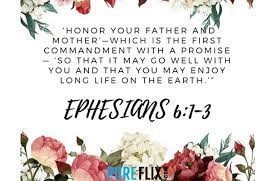 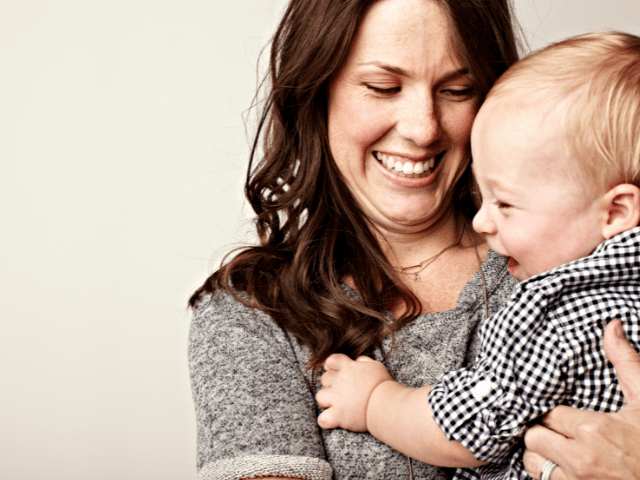 The kind of love I want to talk about today is the love that serves.

How many busy and over-worked mothers or fathers appreciate it when a load of washing is done without them having to ask? Or when the lawn is mowed so that they can spend some time catching up on some rest? This kind of demonstration of love speaks powerfully to some but not necessarily to others. But it is still, no doubt, a form of expressing care and love for another.

Jesus modelled this style of love for us when He walked the earth. He served. He washed His disciples’ feet and fed the five thousand.

He knew what it meant to love through service.

There is no greater love than to lay down one’s life for one’s friends. John 15:13

Jesus demonstrated this kind of love by laying down His life for us, so that we may live in relationship with the Father. He served us in the most sacrificial way, not just during His life on earth, but in the way that He died.

Soldiers and members of the military will no doubt understand this kind of sacrificial love in ways that general civilians will not. They daily lay down their comfort and safety to love, serve, and protect the freedom most of us enjoy.

So, what does servant love look like for you?

Prayerfully consider this question in relation to the people you do life with. Ask God to show you how you can bless those you call friend and family by serving them. As I mentioned previously, not everyone communicates loves in this way, or receives love most powerfully in this way, but I believe that if we can adopt a “you first” culture in our loving relationships, we will be modelling the kind of love that Jesus wants us to show.

Let us remember the second greatest commandment left to us by Jesus:

The second is equally important: “Love your neighbour as yourself.” No other commandment is greater than these. Mark 12:31

Here are some practical examples of how you can show love to those around you by serving them:

These are obviously small and relatively humble ways we can serve others, but it’s often the smaller tasks that wear us down the most, so give it a go!

My prayer is that, as we begin to serve one another in love, our respective loads will become lighter, and we will feel loved and cared for as never before.

A Sermon for Mother 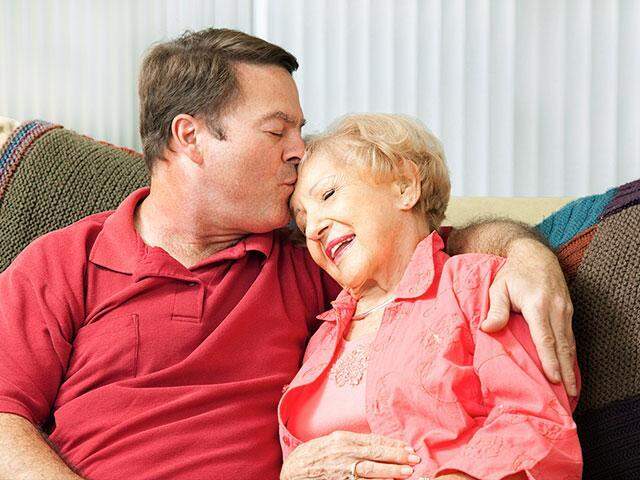 Jim’s 88-year-old mother Esther always lived in her own home, but after a stroke, that was impossible. She was transferred from the hospital to a nearby nursing home.

“I had recently lost my job,” said Jim, “but it turned out to be a blessing in disguise because I was able to visit her every day.”

One Sunday morning when Jim went to see his mother, an announcement came over the intercom: “The morning worship service will start in the lounge in ten minutes.”

“Do you feel like going to the service?” asked Jim.

“Yes, I think I do,” she said, so he pushed her down the hallway in a wheelchair.

As they sat there waiting for the service to begin, a woman who worked at the nursing home approached Jim and asked, “You’re a minister, aren’t you?”

“Yes,” he responded. (Do pastors have a special look about them?)

“Our regular minister is on vacation,” she said, “and the substitute didn’t show up. Could you possibly preach for us today?”

“Give me five extra minutes to collect my thoughts,” said Jim, as he grabbed a Bible. He chose to preach on Romans 8:28:

And we know that in all things God works for the good of those who love him, who have been called according to his purpose. Romans 8:28 NIV

“I intended for the message to be a pep talk for my mom,” he said, “that all things, even in the difficult circumstances of living in a nursing home after a stroke, work together for the good of those who love Him.”

That was the last sermon Esther ever heard. She went home to be with the Lord the following Saturday.

Jim said, “It was a genuine privilege to minister to my mother in that way. God arranged for the substitute pastor to be a ‘no-show’ so I could give that final gift to my mother.”

The next morning Jim and his wife were doing their Bible study. The verse for that day was Romans 8:28! Jim’s wife said, “It was affirmation to us that Jim’s last sermon for his mother was the one the Lord wanted her to hear. It was God’s perfect timing.”

There is another lesson we can learn from Jim’s story. It’s about obedience. How would you respond if someone asked you to deliver a message with five minutes’ notice?

Not everyone who says to me, “Lord, Lord,” will enter the kingdom of heaven, but only he who does the will of my Father who is in heaven. Matthew 7:21, NIV

And in the Gospel of John Jesus taught:

Jim had a choice about how he would respond. He could have turned down the invitation to preach, but he would have missed out on a wonderful blessing from God.

Thank you, Lord, for the wonderful gift you gave Jim through his obedience to You. 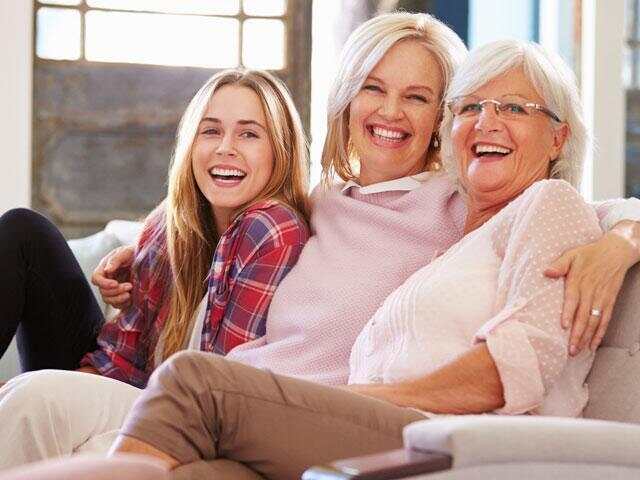 Mother.  Just the name evokes a flood of thoughts and memories. Childhood memories of a loving hand to bandage a skinned knee, and a magical kiss upon that bandage that made the pain fade away. The big smile and wild applause from the third row in the audience of a second-grade school play, acknowledging my dramatic interpretation of a tree, a tree that spoke not a word. The bedtime stories and prayers where I learned that the Lord is my shepherd, I shall not want.

Sometimes I look at her bloodstained Bible, which she took with her to dialysis treatments in her latter days. There she shared her faith and testimony with the other patients, being a blessing in her time of sickness. Though she is with the Lord, her life and love remain in my heart.

Mother.  I am doubly blessed that my child has the best one, a Mother whose child is the center of her world. She’s a Mother who loves, teaches, corrects shares, prays, plays, and focuses herself completely on the health, welfare, and happiness of her child. She’s a Mother who cries every year on the first day of school after we put our daughter on the school bus. So to cheer her up and get her mind off of it, I take her to breakfast at IHOP. It’s hard to cry in your pancakes.  She’s a role model our daughter will be hard-pressed to duplicate, though I know she will.

Mother.  There are many wonderful Mothers in all our lives and though we honor them every year, it seems inadequate considering what they really deserve.

Mother. There once was a Mother so unique, so precious, that our heavenly Father chose her to be the Mother of His only begotten Son. She was so trusted that even though she was young, inexperienced, and poor, she was chosen to Mother our Lord Jesus. Difficult circumstances were her lot in life, and yet through unspeakable adversity, such as the death threat against her son by the King, she poured herself into her son, who became the King of Kings and the Lord of Lords.

It makes one wonder, what part of His determination; compassion, patience, longsuffering, and love came from her influence on Him. We assume that He received all of His attributes from His heavenly Father because He is the Son of God. But He is also the Son of man, so we must not forget to honor His Mother for being used of God the Father to instill many of those attributes.

Mother. She’s the one who pushed Jesus into His public ministry by making Him do His first public miracle. John 2:1-11 describes how He wasn’t prepared to turn the water into wine because He said that His time had not yet come.

“This miraculous sign at Cana in Galilee was the first time Jesus revealed his glory. And his disciples believed in him” (John 2:11 NLT).

Like us, He experienced that wonderful force of nature, a Mama who knows best!

He acknowledged her and provided for her even during His torture on the cross.

Their love and Devotion for each other didn’t end there. As she prayed with the others in the upper room on the day of Pentecost, He filled her with the Holy Spirit, and their relationship continues to this day. She is an example to Mothers, as He is an example to Sons and daughters.

Mother.  Love her. Cherish her. Honor her. She deserves it!

But in your hearts revere Christ as Lord. Always be prepared to give an answer to everyone who asks you to give the reason for the hope that you have. But do this with gentleness and respect.
1 Peter 3:15
DailyVerses.net