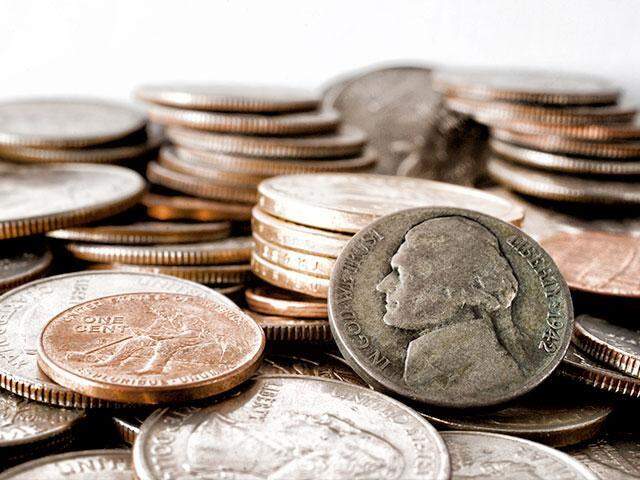 It was Sunday morning and I was excited. Monday would be the beginning of a new chapter in my life. Our church had a one-year program called Training Bible School. When people asked me what that meant, I used to joke saying we go jogging with the Bible under our arms. Actually it was a combination of Bible school and street evangelism. I had felt God directing me to join the program, and tomorrow would be my first day.

I thanked God for a new day, and I prayed that He would provide the $20 I needed to buy a one-month pass for the subway. I lived with my parents, and they provided all I needed. So right or wrong, I put a little condition in my prayer. I said, “Lord, Mom and Dad have been so good to me. Please, let the money for the pass come some other way. They have done so much for me already.”

I jumped out of bed and got ready for church. I forgot all about my prayer.

Later that day, we went back to church for the evening service. After the meeting, people gathered talking and laughing in small circles in front of the church. I was in one of them with some of my friends when I felt someone putting something in my pocket. I turned around and saw my friend Rose-Marie walking back to her little circle. I stuck my hand in my pocket and pulled up what I thought might be a note. Instead, I pulled out a $20 bill for all around me to see. I was shocked and very embarrassed.

My pride had kicked in. I walked over and pulled Rose-Marie aside. I said, “Why did you give me the money? I don’t need any money!”

She looked me straight in the eye and said firmly, “If God told me you need it, I know you need it. Don’t cheat me out of the blessing of doing what He wants me to do.”

I was quiet for a little while and a tear started rolling down my cheek. I gave her a big hug and apologized for not being truthful. I told her about my prayer that morning and her face broke into a radiant smile. “See? God is so good. He’s blessing me by blessing you.”

What was I thinking? That the money was going to fall down from heaven? I have heard of that happening, but it is a rare thing. Most of the time He uses people like Rose-Marie, who are sensitive to His voice and willing to serve. My pride had almost robbed me of the blessing of an answered prayer.

I learned something that evening. If you ask God to provide for you, you have to be willing to open your hand and receive. You have to trust He knows best and receive His provision in whatever way He chooses to bring it to you.

“And don’t be concerned about what to eat and what to drink. Don’t worry about such things. These things dominate the thoughts of unbelievers all over the world, but your Father already knows your needs. Seek the Kingdom of God above all else, and he will give you everything you need.” (Luke 12:29-31).

When I paid for my subway pass Monday morning, I felt pure joy. The new chapter in my life had started with a great little miracle. I could not wait to see what was ahead of me.

“What’s next, Lord? I am ready for whatever you have in store!”

1 Samuel 8:6-7 6But when they said, “Give us a king to lead us,” this displeased Samuel; so he prayed to the LORD. 7And the LORD told him: “Listen to all that the people are saying to you; it is not you they have rejected, but they have rejected me as their king.

Samuel didn’t have a good model in Eli, as far as raising children went. Samuel’s own sons were like Eli’s. The people asked for a king so they wouldn’t be stuck with the evil sons of Samuel leading them. It is the nature of men to want a human leader they can see. We always look for a superman. We want someone visible to follow. But when man has that much power and influence, he almost always becomes corrupt. The temptation to take advantage of the situation for personal pleasure is too great. Then you have the great disappointment of all who have elevated him and proclaimed his worthiness.

The grace of God allows leaders who are worshiped to fall. That failure turns our eyes back to God. Samuel warned them that this would happen. Still they insisted on having a king. Samuel was displeased. He knew something in his spirit was saying that this was terribly wrong. God helped him understand by explaining, “It is not you they have rejected, but they have rejected me as their king.”

Churches and ministries, heed the heart of God. One elevated man with final say and authority is the way of man. It is a rejection of God. God has always worked through men whose hearts are after Him, not the man with the best capabilities of being a CEO. Look at the disciples Jesus chose. They were a group of equals, with the real Leader, Jesus. The church should be the same today. The most capable of being a CEO among them was Judas.

Streams in the Desert – May 11

We went through fire and through water: but thou broughtest us out into a wealthy place (Ps. 66:12).

Paradoxical though it be, only that man is at rest who attains it through conflict. This peace, born of conflict, is not like the deadly hush preceding the tempest, but the serene and pure-aired quiet that follows it.

It is not generally the prosperous one, who has never sorrowed, who is strong and at rest. His quality has never been tried, and he knows not how he can stand even a gentle shock. He is not the safest sailor who never saw a tempest; he will do for fair-weather service, but when the storm is rising, place at the important post the man who has fought out a gale, who has tested the ship, who knows her hulk sound, her rigging strong, and her anchor-flukes able to grasp and hold by the ribs of the world.

When first affliction comes upon us, how everything gives way! Our clinging, tendril hopes are snapped, and our heart lies prostrate like a vine that the storm has torn from its trellis; but when the first shock is past, and we are able to look up, and say, “It is the Lord,” faith lifts the shattered hopes once more, and binds them fast to the feet of God. Thus the end is confidence, safety, and peace.
–Selected

The adverse winds blew against my life;
My little ship with grief was tossed;
My plans were gone–heart full of strife,
And all my hope seemed to be lost–
“Then He arose”–one word of peace.
“There was a calm”–a sweet release.

When We Feel Helpless

No matter how helpless we feel in a situation, God is sufficient.

Have you ever felt totally helpless? Can you remember facing a situation or emergency in which you were powerless? It’s a sobering experience for anyone. Even people who claim to be wholly dependent on God still like to feel as if they have some control over their circumstances.

Jehoshaphat faced a moment like that when news came that three different armies had joined forces to destroy Israel. He was afraid because the enemies were great in number. What’s more, he remembered being in grave danger the last time he was on the battlefield (1 Kings 22:29-33). But now, in this moment of helplessness, Jehoshaphat also knew there was only One who could help—the Lord God. Despite his fear, Jehoshaphat neither ran away nor charged into battle; rather, he “turned his attention to seek the Lord” (2 Chron. 20:3). He also called on others to pray. And seeking God in a seemingly hopeless situation changed the attitude of the entire nation.

When circumstances make you feel afraid and out of control, turn your attention away from the problem and onto our mighty God. It takes faith to reject self-sufficiency, but the Lord honors those who depend on Him.