Why Nicodemus? Because We Are All Nicodemus 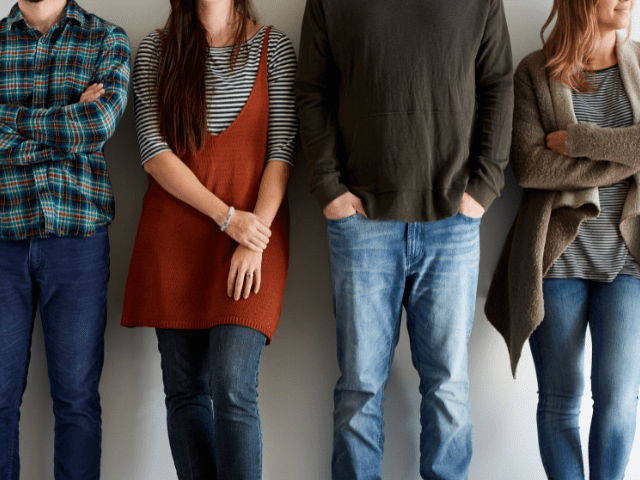 I think most of us have experienced impatience, even annoyance, when a little child continually asks “why?” I don’t mean the type of “why?” in response to a parent’s directive. When a child seeks understanding, wants to comprehend what is being shared with them: “But why?”

I will never forget as a kid asking my mom “why” the Bible does not mention us getting to play hockey in heaven. At that age, if hockey was not going to be part of the deal, I did not want to go!

I have also been one of those “why-children” when it comes to reading the Word of God—continually asking “why this and not that?” with many of the biblical stories. Why was Canaan the nation that God promised to Abraham and his descendants? Why Canaan and not Egypt? Why didn’t God allow Jonathan to become the next king of Israel after rejecting Saul? Why not keep it in the family?

When I ponder these questions, it is not because I am distrusting God and questioning His wisdom. They are coming from a place of hunger, desiring understanding as to His ways.

In reading John 3, I wonder why this conversation was with Nicodemus instead of one of the twelve disciples? To many, John 3:16 is the most recognizable verse of all time. Why did the Lord reserve this revelation for a Pharisee late at night, instead of sharing it with all the disciples in a communal setting? Learning that we must be born again leads to the most crucial decision we will ever make in this life. Yet, here we see Nicodemus, while having the courage to come to Jesus and admit they recognized He was sent from God, approaching Him at night to avoid being seen by others.

Could it be because the Lord saw his hunger and recognized where his questions were stemming from? One can easily relate to the questions Nicodemus asked Jesus when told that he must be born again:

Jesus answered, “Very truly I tell you, no one can enter the kingdom of God unless they are born of water and the Spirit. Flesh gives birth to flesh, but the Spirit gives birth to spirit. You should not be surprised at my saying, ‘You must be born again.’ The wind blows wherever it pleases. You hear its sound, but you cannot tell where it comes from or where it is going. So it is with everyone born of the Spirit.”

To this question, Jesus responds with the discourse that is the bedrock of our salvation. Nicodemus, seeking to understand, opened the door for Jesus to share what was greater than human logic: His love for him/us and the price He would pay to prove it. It is by believing in Jesus that we experience what it means to truly be born again. In this moment, Jesus was focused on Nicodemus believing and being born again.

What questions are currently in your heart that you are asking God? Be assured, the revelation that He wants to give you through these questions is life-changing. While He may not answer every question, it is His delight that you are seeking understanding! (Proverbs 4:7)

1 Samuel 10:6-7 6The Spirit of the LORD will come upon you in power, and you will prophesy with them; and you will be changed into a different person. 7Once these signs are fulfilled, do whatever your hand finds to do, for God is with you.

Knowing Saul’s end, we tend to overlook his beginning. He was a humble man even though he was large in stature. Samuel told him of all the signs that would come to pass that day to confirm that it was the LORD who had chosen him to be king. When Saul met the prophets with their musical instruments, prophesying, the Spirit of God came upon him in power and he prophesied. Samuel said that at this point he would be changed into a different person. Verse nine says that God changed Saul’s heart.

Once our heart has been changed, we have godly desires. We are open to the leading of the Holy Spirit. Some people search for some special leading when God is leading them continually. It is true that we must still discern what is of the Spirit and what is of the old nature, but that is usually quite evident. If we get off track, we receive that check in our spirit that warns us something is amiss. So we proceed with each day in faith believing God is leading us by His Spirit.

Now that we see that Saul’s beginning is so much like our own, we also have a warning. In the devotions to come, we will see a turning aside from the known will of God. We will see the increase of pride. Finally, we will see his sad end. Nevertheless, throughout this time, he was God’s anointed. It is a warning for us to heed the checks from the Spirit and remain in obedience.

Consider: A great beginning does not insure a great end. Persevere!

Streams in the Desert – May 12

All things are possible to him that believeth (Mark 9:23).

The “all things” do not always come simply for the asking, for the reason that God is ever seeking to teach us the way of faith, and in our training in the faith life there must be room for the trial of faith, the discipline of faith, the patience of faith, the courage of faith, and often many stages are passed before we really realize what is the end of faith, namely, the victory of faith.

Real moral fibre is developed through discipline of faith. You have made your request of God, but the answer does not come. What are you to do?

Keep on believing God’s Word; never be moved away from it by what you see or feel, and thus as you stand steady, enlarged power and experience is being developed. The fact of looking at the apparent contradiction as to God’s Word and being unmoved from your position of faith make you stronger on every other line.

Often God delays purposely, and the delay is just as much an answer to your prayer as is the fulfillment when it comes.

In the lives of all the great Bible characters, God worked thus. Abraham, Moses and Elijah were not great in the beginning, but were made great through the discipline of their faith, and only thus were they fitted for the positions to which God had called them.

For example, in the case of Joseph whom the Lord was training for the throne of Egypt, we read in the Psalms:

“The word of the Lord tried him.” It was not the prison life with its hard beds or poor food that tried him, but it was the word God had spoken into his heart in the early years concerning elevation and honor which were greater than his brethren were to receive; it was this which was ever before him, when every step in his career made it seem more and more impossible of fulfillment, until he was there imprisoned, and all in innocence, while others who were perhaps justly incarcerated, were released, and he was left to languish alone.

These were hours that tried his soul, but hours of spiritual growth and development, that, “when his word came” (the word of release), found him fitted for the delicate task of dealing with his wayward brethren, with a love and patience only surpassed by God Himself.

No amount of persecution tries like such experiences as these. When God has spoken of His purpose to do, and yet the days go on and He does not do it, that is truly hard; but it is a discipline of faith that will bring us into a knowledge of God which would otherwise be impossible.

Sometimes the best encouragement is a reminder of what God has done in our past.

Yesterday we saw that when facing an intimidating military force, King Jehoshaphat immediately sought the Lord in prayer. But he didn’t begin with anxious requests for deliverance. Instead, after focusing attention on God’s power over all earthly kingdoms, he recounted the Lord’s past faithfulness and mighty acts on behalf of Israel. Jehoshaphat also recalled God’s promise to hear and save the nation when they cried out for help. Only then did the king make his request.

This is a good pattern for our prayers as well. Unfortunately, we at times have a short memory when it comes to the Lord’s interventions on our behalf. If that’s the case, then later, when we’re fearful again, it’s hard to remember specific ways God has already proven Himself.

This is why I encourage every believer to keep a journal—a written record of the Lord’s faithfulness. During times of helplessness, we want encouragement, not just from how God has worked in history or in the world, but from the particular ways He has worked in our own life.

When you take time to record specific things that your heavenly Father has done, you’ll gain greater understanding of His loving purposes. He will begin to reveal how He’s been working to make your life a beautiful display of His glory.

Let us not become weary in doing good, for at the proper time we will reap a harvest if we do not give up.
Galatians 6:9
DailyVerses.net