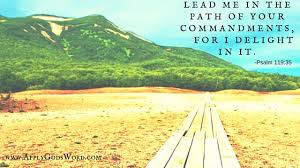 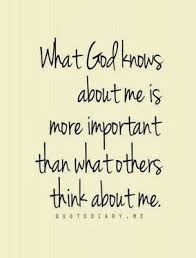 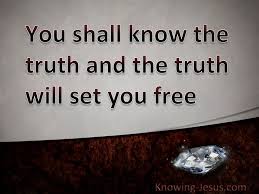 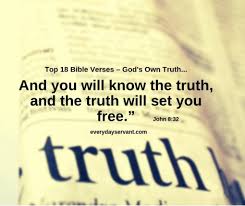 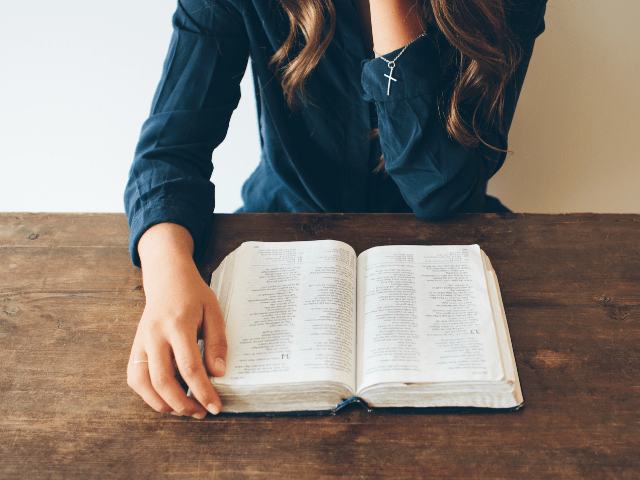 I had been looking for a suitable apartment for months. I was fresh out of college and still living at home but longing for a life on my own. So I scoured the internet and newspapers and asked everyone I knew about apartments for rent near my workplace.

Every place I looked at was either outside of my budget, in the wrong area, or didn’t fit my needs. I was so disappointed. I had this expectation of finding the perfect place to live so I could officially start this next chapter of life. That’s what people do, right? You graduate from college, move out of your parents’ house, and get a job. I had two of these three secured, so I just needed to find a home to complete the final piece of the puzzle.

God’s timing didn’t align with mine, and I stayed at home for another year before the right location was available. At first, I felt defeated and unsure of what God was doing in my life, but soon realized that what the world says my life should look like is rarely what God has for me.

In John 5, as Jesus healed a man who was disabled for nearly four decades, the Jewish leaders swooped in and began to condemn Him for healing on the Sabbath. Instead of celebrating and standing in awe of what Jesus did for this man, they objected to the healing because of the day of the week.

Sometimes it feels easy to read the Scriptures and say, those leaders had it all wrong; how did they not see what Jesus was doing, or even claim we would never respond that way, but don’t we often lose sight of what’s important?

Aren’t we all too often like the Jewish leaders? We get caught up in how we think or want Jesus to act and lose sight of what He has for us. Are we missing out on what Jesus has for us because it doesn’t look like we think it should?

Jesus says at the end of this chapter:

“I tell you the truth, those who listen to my message and believe in God who sent me have eternal life” (John 5:24).

How simple is this message from Jesus? Just listen to Him and believe, and you’ll have eternal life! Yet, we often look for our way of doing things, not God’s. So, while I often want to do things on my own, like move into the next chapter of my life in my time, this verse reminds me that Jesus is God, and He always does what He says He’s going to do. Therefore, we can hope and trust in Him for all of our needs!

By oppression and judgment he was taken away. . . . He was cut off from the land of the living; for the transgression of my people he was punished.

The Bible teaches about a place called “hell” that is reserved for God’s enemies. The New Testament mentions hell 162 times, and Jesus himself mentions it over 70 times.

People have found it puzzling, though, that the Apostles’ Creed says Jesus “descended to hell.” Appearing in some versions of the creed from the fourth century, this phrase may be based partly on some statements by the apostle Peter, who wrote that Jesus “went and made proclamation to the imprisoned spirits” (1 Peter 3:19-20; 4:6). Some people have taken this to mean that after he died, Jesus descended to hell to free ancient sinners. Others have said that “descended to hell” refers to the depths of Christ’s anguished suffering throughout his life, crucifixion, death, and burial for our sake.

Whatever the full meaning is, this phrase should not distract from the bedrock teachings about Jesus and the Christian faith. At the very least, the phrase captures in a condensed way Isaiah’s prophecy of the suffering servant—our Savior, Jesus, who suffered and died for us. This teaching assures us in our own moments of fear and temptation that Jesus, through his sacrifice for us, suffered in a way that we, by grace, will never have to suffer.

Because of your suffering and death, Lord Jesus, hell has no power over us. Thank you for making sure that nothing can separate us from you. Amen.

Faithful in the Fire

“Then King Nebuchadnezzar was astonished and rose up in haste. He declared to his counselors, “Did we not cast three men bound into the fire?” They answered and said to the king, “True, O king.” He answered and said, “But I see four men unbound, walking in the midst of the fire, and they are not hurt; and the appearance of the fourth is like a son of the gods.” (Daniel 3:24-25)

We would love to affirm that faith makes the problems of life disappear. How grand would it be if we could live our lives without hassle, discouragement, or frustration? Sadly, we know this is not the case. We are never removed from the frailty of life. We go through times of burden, hardship, and struggle. There may even be seasons where we feel tossed into a fiery furnace of affliction.

Shadrack, Meshack, and Abednego knew about fiery afflictions…literally. These three young Hebrew men, probably no more than 20 years of age, find themselves on the wrong side of the King’s ire. They are arrested and threatened with death, all because they will not violate their allegiance to God. In refusing to bow down before the golden statue, they oppose the royal edict and must suffer the consequences.

Shadrack, Meschack, and Abednego, as faithful as they are, are not kept from the fiery furnace. There is no grand display of divine might that protects them from this experience. The three men are arrested. They are bound. They are tossed into a furnace.

The truth upon which we stand is not that God shelters us from all struggles, but that God’s love remains with us during those times; God is present within the flames. Our times of hardship and struggle speak not of God’s absence. In fact, these are the times when God draws incredibly near. True, Shadrack Meshack and Abednego aren’t saved from entering the furnace, but they are surrounded by the flames. It was in that oven, and not a moment before, that they meet the presence of the one who appears like the son of God. God dwells amid the fire. God incarnates God’s self in the flames. And it is because God is present in that place, that the power of God extends over the three men, and the flames have no power over them.

God’s response to the fiery furnaces of our lives isn’t to destroy them, but to dwell in them. This is what is shown in this beloved tale in the book of Daniel. More importantly, this is what is revealed on the cross. The cross testifies that there is no place where the loving power of God will not be present. The cross, which is the most extreme example of the world’s rejection, is transformed into the place where Christ’s relentless love is disclosed.

If we want to withstand trials and evil temptations, we must plant ourselves on a foundation of faith.

Did you know that you’re in a battle every day of your life? The enemy’s goal is to weaken, deceive, and lead believers astray. God protects all who belong to Him, so wicked forces can never touch our salvation (1 Peter 1:3-5). But they can lead us into sin, cause discouragement, ruin our witness for Christ, and bring about other damage.

The main charge in today’s passage is “Stand firm,” and it’s mentioned three times (Eph. 6:11; Eph. 6:13-14). Paul says the purpose of the armor of God is to enable us to stand our ground in the battle, and his list of armor would not be complete without the footwear mentioned in verse 15. The soles of a Roman soldier’s sandals were studded with iron hobnails, which enabled him to stand his ground against an enemy assault.

Today our anchoring footwear is faith in the gospel, which not only grants us peace with the heavenly Father but also makes us Satan’s adversaries. So plant your feet and anchor yourself on a solid foundation of faith. When we don’t avail ourselves of the protection provided through Christ, we’re more likely to give way in the fight and yield to Satan’s temptations.

God is spirit, and his worshipers must worship in the Spirit and in truth.
John 4:24
DailyVerses.net