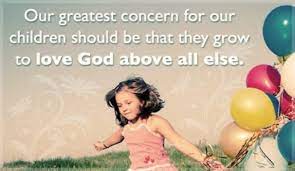 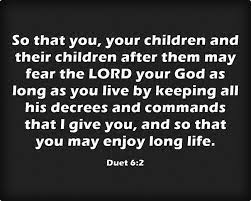 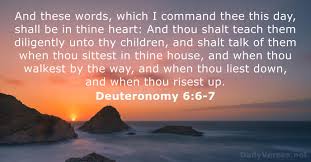 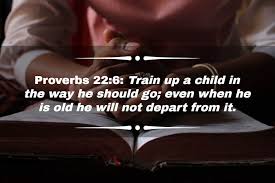 L’Dor v’Dor: Serving the Lord from Generation to Generation 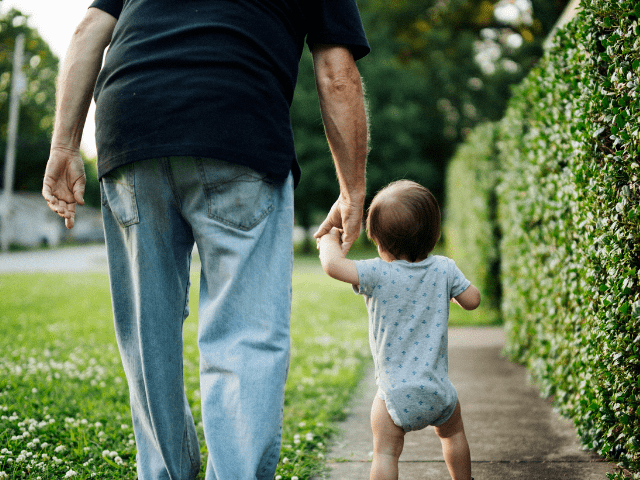 Mighty men of valor! Is that us? Is that our children? As parents, we have surely heard the popular Scriptures on raising our children to know the Lord. From Proverbs 22:6, we are told to train up a child in the way he should go, and when he is old he will not depart from it. In Deuteronomy 11:19, we are told to continuously teach God’s Word to our children—sitting at home, walking along the road, lying down and getting up. And of course, the real attention-getter—he who spares his rod hates his son, but he who loves him disciplines him promptly (Proverbs 13:24). The Bible is clear that as parents, grandparents, aunts, uncles, and members of a family, both physical and spiritual, teaching the next generation a biblical worldview is an act of obedience. We take our children to Bible class, church, and VBS. We give them rules and tell them about Jesus at home. Is there more that we need to do?

L’dor v’dor translated from Hebrew means “from generation to generation.” This is an important biblical concept that encompasses passing down family traditions, stories, and values to the next generation. As with all of God’s commands, our obedience to His command to pass down His ways to the next generation comes with His promises of blessings, even when the world around us grows more turbulent.

Throughout the Old Testament as the Israelites struggled to remain faithful, there was always a remnant that remained obedient and passed down God’s way from generation to generation. In 1 Chronicles 9:1, we are told that Judah was carried away to Babylonian captivity because of their unfaithfulness. Then verse 9:2 skips the 70 years of captivity and focuses on the return to the Promised Land.

And the first inhabitants who dwelt in their possessions in their cities were Israelites, priests, Levites, and the Nethinim (1 Chronicles 9:2).

Notice which people are called out. The passage specifically mentions the priests and Levites. When the nation of Israel returns and rebuilds, we see the priests and Levites resume their duties. How did they know what they were supposed to do? Starting with the establishment of the priesthood with Aaron at Mt. Sinai and continuing through Babylonian captivity, each generation taught the next generation their role in the service of the Lord. Further down, we see how faithful the priests were in teaching the next generation:

… and their brethren, heads of their fathers’ houses—one thousand seven hundred and sixty. They were very able men for the work of the service of the house of God (1 Chronicles 9:13).

The phrase “very able men” can be translated as “mighty men of valor.” This phrase is used in the Old Testament to describe mighty warriors like King David that fought for the Lord (1 Samuel 9:1). This generation of priests were leaders and warriors for the Lord, and there were a lot of them. The praise is not limited to the priests. In 1 Chronicles 9:20, the Levite Gatekeepers’ work is reminiscent of Phinehas’ zeal for God (Numbers 25:11).

There will be a next generation of mighty warriors for the Lord, and they will be zealous for the Lord in their work. As a physical and spiritual family, we need to, by faith, train up our children in the service of the Lord. Being a servant of our Lord and Savior Jesus Christ needs to be who are as family.

Streams in the Desert – May 19

It is sometimes very difficult not to be offended in Jesus Christ. The offenses may be circumstantial. I find myself in a prison-house — a narrow sphere, a sick chamber, an unpopular position — when I had hoped for wide opportunities. Yes, but He knows what is best for me. My environment is of His determining. He means it to intensify my faith, to draw me into nearer communion with Himself, to ripen my power. In the dungeon my soul should prosper. The offense may be mental. I am haunted by perplexities, questions, which I cannot solve. I had hoped that, when I gave myself to Him, my sky would always be clear; but often it is overspread by mist and cloud. Yet let me believe that, if difficulties remain, it is that I may learn to trust Him all the more implicitly — to trust and not be afraid. Yes, and by my intellectual conflicts, I am trained to be a tutor to other storm-driven men.

The offense may be spiritual. I had fancied that within His fold I should never feel the biting winds of temptation; but it is best as it is. His grace is magnified. My own character is matured. His Heaven is sweeter at the close of the day. There I shall look back on the turnings and trials of the way, and shall sing the praises of my Guide. So, let come what will come, His will is welcome; and I shall refuse to be offended in my loving Lord. –Alexander

David had been going back and forth from playing music for the king to tending his father’s flock. His father asked him to take some food to his older brothers and get their promise that they would share the spoils of war. When he delivered the food, he saw the enemy army send out one giant man who asked for a one on one to determine the outcome of the battle without the two armies clashing. Whoever lost would be servants of the other nation.

David inquired about the reward for fighting Goliath and spoke boldly that someone needed to kill this heathen. It was reported to King Saul who had David brought before him. David told the king not to worry. He volunteered to fight the giant. The king told David that a boy did not have a chance against a seasoned veteran like Goliath. Then David relayed his experiences of killing a bear and a lion to protect his flock.

David had confidence in God because of past victories. He had faith that God would win this battle because this giant was defying the armies of the living God. Experience and faith told David that this lion that threatened God’s sheep would be like the lion he had slain defending his father’s sheep. You have been given victories in your past to help you have confidence in what God can do today. Mix the experience from your past victories with faith in God’s heart and take on the giants of life today.

Meditation: “Go and the LORD be with you!”

The Only Way to Heaven

In Jesus’ death and resurrection, we have a path to eternal life in heaven.

One of the most difficult truths of Christianity is that there’s but one way to heaven: Jesus Christ. People would rather believe that all paths lead to God—and that no religion can exclude someone. But in John 14:6, Jesus claimed to be “the way” and explicitly said, “No one comes to the Father except through Me.”

That raises an important question: How do we come to God through Jesus? It’s not by means of religious rituals, good works, or self-effort—because even “our righteous deeds are like a filthy garment” before God (Isaiah 64:6). Scripture provides the answer: We are saved by God’s grace through faith (Ephesians 2:8). And that means we must …

• Hear the message of the gospel. It includes both the bad news of our sinful condition and the good news that God offers forgiveness through faith in His Son (Ephesians 1:7).

• Acknowledge our need of a Savior. This involves repentance and faith. We turn from our sins and believe that Jesus died to pay the penalty for our wrongdoing and then rose from the dead. Trusting in the Savior allows us to stop living for ourselves and to start living for Him instead (Romans 6:10-11).

Truly, the way to salvation is narrow, but it’s the only path that leads away from condemnation and into the eternal glory of heaven.