The Lord Looks at the Heart 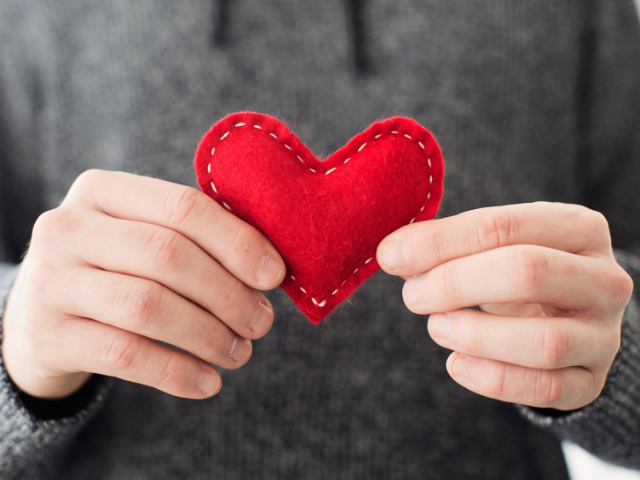 Marissa lives with her husband and children in Arizona. She’s been with CBN less than a year. In her free time, you may find her restoring furniture, on a walk with her boys, or writing music.

“You really want THOSE chairs?” my husband said to me reluctantly as I showed him the ad for six used chairs from an old barbeque restaurant in our town. I searched for the perfect chairs to put at our dining room table for weeks. With toddlers in our house, I knew our chairs would get marked and stained, and I figured a little DIY project was just the thing for my kitchen’s “custom made” chairs.

Even though my husband was skeptical, I finally convinced him of what these chairs could be. So, he went down to the restaurant and picked up my six chairs. When he brought them home, they were definitely dirty. From the outside, it looked as if these chairs were trash and too far past refurbishment. But I still set out to see if they would work for our kitchen table. First, I cleaned the chairs, sanded them, and then painted them with nice white paint multiple times. It sure was a labor of love!

I’ll never forget the look on my husband’s face as I showed him the finished project in our garage. I was so excited for him to see what I had imagined finally. While the chairs looked dirty and past use at first glance, they were now clean, sturdy, and beautiful! He was astonished at how beautiful the chairs became!

This DIY project reminds me of the words Jesus spoke to the crowd of people in John 7:24 (NLT) when he said,

“Look beneath the surface so that you can judge correctly.”

In John 7, the crowd began asking Jesus questions to see why He did things differently than they were used to. They were skeptical of who He was and where He came from. As Jesus taught them, He told them to look beneath the surface of what they were seeing to “judge correctly” for who He was and why He healed on the Sabbath.

The crowd, the Pharisees, and the religious leaders were often confused about who Jesus was and His methods. They were perplexed, surprised, and left in awe of Him. They didn’t understand his methods because they were blinded, so they couldn’t see who Jesus truly was.

How often do we do this also when we misjudge people or things that may seem “different” than us or our methods?

The Bible shows us time and time again that we should not judge by outward appearance or first glance, but as the Lord does. The Lord looks at the heart of a man.

How easy it is for us to look at what we first see and make assumptions about people or things. Just as the crowd did with Jesus and just as one could have with my kitchen chairs. But Jesus shows us that the Kingdom of God is different. Beneath the surface, we find true beauty and character.

May our eyes today be positioned to see as Jesus sees. To see beauty in what seems like ashes. To see restoration in what seems hopeless and see as the Kingdom of God does

In your relationships with one another, have the same mindset as Christ Jesus.

In worship services it is common to sing songs of praise and hymns to God our Savior.

In many ways, the Apostles’ Creed is like a hymn, and many songs have been composed from the words of this creed.

The Bible includes many song texts as well, and our reading from Philippians 2 includes one of them. This text in verses 6-11 appears to be a hymn (or part of one) that was recited and sung by early Christians in the first century. And the apostle Paul uses it to summarize a number of important teachings as he urges readers to “have the same mindset as Christ Jesus.” In some ways like the Apostles’ Creed, this ancient hymn tells us who Jesus is, what he did for us, and what will happen when he comes again.

Imagine yourself in a worship service 2,000 years ago, surrounded by sisters and brothers in the Lord and singing these words together. Then reread (or sing) this ancient hymn that has echoed down through the centuries. Reflect and meditate on the deep, life-changing truths we can celebrate because of “Jesus, Christ, God’s only Son, our Lord.”

This hymn in Scripture, like the Apostle’s Creed, allows God’s Word to settle into our hearts. And it calls us to humble ourselves like Jesus in all our relationships as we seek to live for God by loving and serving each other.

Spurgeon at the Metropolitan Tabernacle

The believer sinking in the mire

Luther was a man of the strongest faith, and yet at times of the faintest hope. He was, and he was not, a firm believer. His faith never wavered as to the truth of the cause which he advocated; but his faith as to his own interest in Christ, seldom, if ever, amounted to full assurance. The force of his faith spent itself in carrying on with fearful vigour the war against antichrist and error of all shapes. He believed the truth, and held right manfully to justification by faith; but he was at times very doubtful as to whether he himself was justified in Christ Jesus. He believed in salvation by the precious blood of Christ; but, especially at the last, it became a very serious matter with him as to whether he had ever been washed in that precious blood. Roman Catholic biographers, who, of course, if they can, will slander him, say that he had doubts as to everything which he preached, and that at the last, he found his faith was not in accordance with truth. Not so; no man stuck to his testimony with more tenacity than the great reformer; but yet I marvel not that they should say so. He never doubted the truth of the things which he preached; but he did doubt his own interest in them frequently; and when he came to die, his testimony, though amply sufficient, was nothing like so brilliant as that of many a poor old woman who has died in a humble cottage, resting upon Jesus. The poor peasant who knew no more than her Bible true, was utterly unknown to the Vatican, and fame’s trumpet will never resound her name, but yet she entered into eternal peace with far louder shoutings of joy than Martin Luther, who shook the world with his thundering valour.

Praying in a Crisis

From: In Touch ministries

Even when we feel small and helpless, we can change lives through prayer.

When was the last time you cried out to God about something other than personal issues? We’re often so absorbed in our own life that we fail to see the crises others are facing. But whether a hardship impacts total strangers or hits close to home, do you ever feel some matters are just too big for one person’s prayer to make a difference?

Well, don’t believe it. James 5:16 assures us that “the prayer of a righteous person has great power as it is working” (ESV). And the next verse gives a powerful example: “Elijah was a man with a nature like ours, and he prayed fervently that it might not rain, and for three years and six months it did not rain on the earth. Then he prayed again, and heaven gave rain, and the earth bore its fruit.”

Almighty God is able to heal, bring peace, and change circumstances. And He has chosen to let His children participate in the process through prayer. In fact, He wants us to talk with Him about everything (Philippians 4:6).

The next time you hear of a tragedy or problem—regardless of whether it affects you or perfect strangers—resist the temptation to distance yourself from it. You can influence the lives of others when you intercede on their behalf. Let crises become a catalyst for prayer.

Can a man walk on hot coals without his feet being scorched?
Proverbs 6:28
DailyVerses.net

Do not say, “Why were the old days better than these?” For it is not wise to ask such questions.
Ecclesiastes 7:10
DailyVerses.net