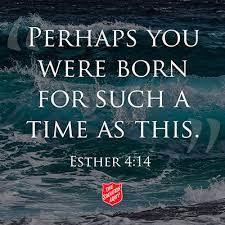 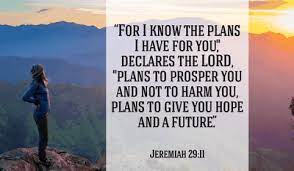 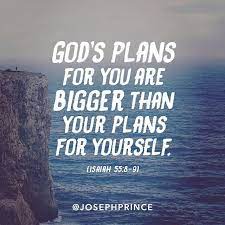 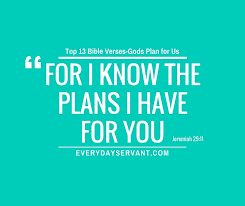 Carry Out His Plans 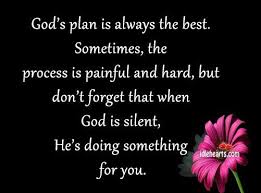 Jesus rose so we could live the life He has planned for us. Jeremiah 29:11 says,

“For I know the plans I have for you,” declares the Lord, “plans to prosper you and not to harm you, plans to give you hope and a future.”

His plan is for us to reach out to the world, and we see in Mark 16:15 that Jesus commands this of us by saying,

“Go into all the world and preach the gospel to all creation.”

If you don’t know what you are called to do, speak with your Pastor and ask if they could help you.

David had the vision of the temple, but Solomon rose up to build the temple. In 1 Chronicles 28:6-10 and 20, Soloman was given a task. He did everything to make his father, King David, and his Heavenly Father proud. Once we are given our mission, we should do it with excellence. I plan to open a faith-based salon and spa next year. I chose this year to design this vision so I can rise up. To rise up, I must die to self and crucify my flesh; this is my dream and God’s gift of ministry to the women of His body and a sacrifice of money and time. But in the end, God will get the victory. When we pray about this, we should pray David’s prayer…

David praised the Lord in the presence of the whole assembly, saying, “Praise be to you, Lord, the God of our father Israel, from everlasting to everlasting. Yours, Lord, is the greatness and the power and the glory and the majesty and the splendor, for everything in heaven and earth is yours. Yours, Lord, is the kingdom; you are exalted as head over all. Wealth and honor come from you; you are the ruler of all things. In your hands are strength and power to exalt and give strength to all. Now, our God, we give you thanks, and praise your glorious name” (1 Chronicles 29:10-13).

The Lord highly exalted Solomon in the sight of all Israel and bestowed on him royal splendor such as no king over Israel ever had before.

As you rise up to do what He has called you to do, He will bless you.

The two effects of the gospel

“For we are unto God a sweet savour of Christ, in them that are saved, and in them that perish; To the one we are the savour of death unto death; and to the other the savour of life unto life. And who is sufficient for these things?” 2 Corinthians 2:15,16

The Gospel produces different effects. It must seem a strange thing, but it is strangely true, that there is scarcely ever a good thing in the world of which some little evil is not the consequence. Let the sun shine in brilliance—it shall moisten the wax, it shall harden clay; let it pour down floods of light on the tropics—it will cause vegetation to be extremely luxuriant, the richest and choicest fruits shall ripen, and the fairest of all flowers shall bloom, but who does not know, that there the worst of reptiles and the most venomous snakes are also brought forth? So it is with the gospel. Although it is the very sun of righteousness to the world, although it is God’s best gift, although nothing can be in the least comparable to the vast amount of benefit which it bestows upon the human race, yet even of that we must confess, that sometimes it is the “savour of death unto death.” But we are not to blame the gospel for this; it is not the fault of God’s truth; it is the fault of those who do not receive it. It is the “ savour of life unto life” to every one that listens to its sound with a heart that is open to its reception. It is only “death unto death” to the man who hates the truth, despises it, scoffs at it, and tries to oppose its progress.

For meditation: There is hope for one in whom the law of God produces a sense of death (Romans 7:10); it is a fearful thing when the life-giving Gospel is rejected and hardens the dead sinner.

This was a strange song and a strange well. They had been traveling over the desert’s barren sands, no water was in sight and they were famishing with thirst. Then God spake to Moses and said:

“Gather the people together, and I will give them water,” and this is how it came.

They gathered in circles on the sands. They took their staves and dug deep down into the burning earth and as they dug, they sang,

“Spring up, O well, sing ye unto it,” and lo, there came a gurgling sound, a rush of water and a flowing stream which filled the well and ran along the ground.

When they dug this well in the desert, they touched the stream that was running beneath, and reached the flowing tides that had long been out of sight.

How beautiful the picture given, telling us of the river of blessing that flows all through our lives, and we have only to reach by faith and praise to find our wants supplied in the most barren desert.

How did they reach the waters of this well? It was by praise. They sang upon the sand their song of faith, while with their staff of promise they dug the well.

Our praise will still open fountains in the desert, when murmuring will only bring us judgment, and even prayer may fail to reach the fountains of blessing.

There is nothing that pleases the Lord so much as praise. There is no test of faith so true as the grace of thanksgiving. Are you praising God enough? Are you thanking Him for your actual blessings that are more than can be numbered, and are you daring to praise Him even for those trials which are but blessings in disguise? Have you learned to praise Him in advance for the things that have not yet come?
—Selected

Blessed are the peacemakers, for they will be called children of God.
Matthew 5:9
DailyVerses.net