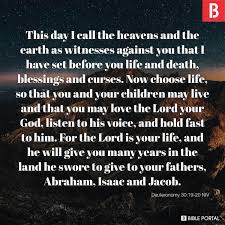 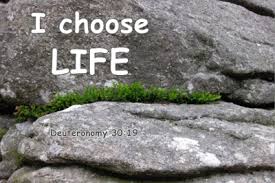 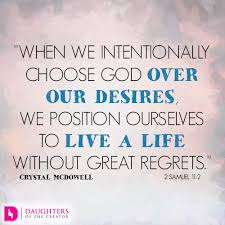 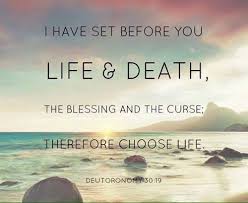 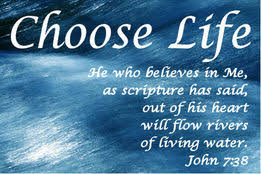 Much depends on the choices we make. Every day is a new day where we can make decisions that influence our lives, either positively or negatively.

Every day we make many choices. For example, what to wear in the morning, our priorities for the day, and choosing how we respond to things around us.

We choose how to respond to one another, and much depends on it. We can all remember choices we made, poor choices or great choices. The principle is that we have a choice in most things and the freedom to make decisions that impact our lives and those around us.

One of the big red lines through the Bible is about choices. In many places, God puts the question in front of us; what do we choose? Do we choose life or the opposite?

When we choose life, God also promises us His blessings.

I have recently read about Abraham’s journey and how he started on this amazing God adventure. In Genesis 12, God calls Abraham to

“Leave your native country, your relatives, and your father’s family and go to the land that I will show you. I will make you into a great nation. I will bless you and make you famous, and you will be a blessing to others. I will bless those who bless you and curse those who treat you with contempt. All the families on earth will be blessed through you” (Genesis 12:1-3).

What do you do when God calls you to make the biggest decision in your life? What do you do when your mind throws up obstacles about how, where, and why? Abraham had a choice to make. He chose to trust God and follow His direction.

I read through the chapters about Lot and the difference between Abraham and Lot in decision making. When there was a fight between the herdsman of Lot and Abraham, they decided to separate as the land where they lived was not large enough to accommodate both families. In his generosity and being a gentleman, Abraham offered Lot the first choice.

Lot looked at the land long and hard and chose what he thought was the best land he could identify, which looked like the ‘Garden of the Lord’ as the Bible says (Genesis 13:10). It must have been an oasis, with enough grazing for his herds and plenty of water and other resources. So he decided to settle in Sodom. He might not have known at the time that the people there were very wicked.

Sometimes our decision-making capacity becomes clouded by outside influences when we do not hear God’s voice clearly anymore. This was the case for Lot.

Later in the story, we see how Abraham rescues Lot from a vile and wicked place. I thought about this. How, in his right mind, could Lot have settled in the center of this wicked city? I think it started with the first decision to settle in a land that seemed beautiful on the surface but was a wicked place. Then he did not adjust his thinking but went along with his first choice. More choices must have followed, and his judgment became clouded, causing him to end up in a real pickle.

God is merciful, and He sent a rescue team. Then, God Himself and two angels visited the city, and the angels got Lot and his family out. But unfortunately, Lot’s wife made a poor choice to disobey God’s instruction and turned into a salt pillar. So much we can learn from this story if only we spent more time.

I would like to briefly share about choices impacting not only our lives but also those around us and generations after us. Abraham chose to obey God and trust Him, and He received the blessings. Because of Abraham’s obedience, the Saviour of all mankind came from his lineage, as we read in Matthew 1. God promised Abraham to make him a father of nations, and it is because of his faithfulness and obedience to God that you and I are now part of God’s eternal family.

When Jesus was tempted in the desert, He chose to obey His Father alone. He declared God’s Word and His commandments and did not cave into temptation.

“Anyone who believes in me may come and drink! For the Scriptures declare, ‘Rivers of living water will flow from his heart’” (John 7:38).

Father, help us to make our decisions rooted in who we are in Jesus. Help us to choose the path of life each day and follow hard after You. In Jesus’ name. Amen.

“Then said Jesus unto him, Except ye see signs and wonders, ye will not believe.” John 4:48

Trust in the Lord; wait patiently for him; cast all thy confidence where he put all thy sins, namely, upon Christ Jesus alone, and thou shalt be saved, with or without any of these signs and wonders. I am afraid some Christians in London have fallen into the same error of wanting to see signs and wonders. They have been meeting together in special prayer-meetings to seek for a revival; and because people have not dropped down in a fainting fit, and have not screamed and made a noise, perhaps they have thought the revival has not come. Oh that we had eyes to see God’s gifts in the way God chooses to give them! Where the Spirit works in the soul, we are always glad to see true conversion, and if he chooses to work in the church in London, we shall be glad to see it. If men’s hearts are renewed, what matter it though they do not scream out. If their consciences are quickened, what matters it though they do not fall into a fit; if they do but find Christ, who is to regret that they do not lie for five or six weeks motionless and senseless. Take it without the signs and wonders. For my part I have no craving for them. Let me see God’s work done in God’s own way—a true and thorough revival, but the signs and wonders we can readily dispense with, for they are certainly not demanded by the faithful, and they will only be the laughing-stock of the faithless.

Praise the Lord, my soul, and forget not all his benefits—who forgives all your sins and heals all your diseases. . . .

We don’t always like to bring up the topic of sin. But in our life of faith it’s necessary to face up to our desperate predicament. Sadly, none of us acts the way we should toward God, others, ourselves, and God’s creation. We persistently choose to disregard our maker, contend with others, deceive and harm ourselves, and mistreat creation. Our sin not only leads to trouble and misery but also shows that we rightfully deserve punishment.

So with great relief and joy we confess, with the Apostles’ Creed, “I believe in . . . the forgiveness of sins.” The heart of the creed’s teaching emphasizes our need for the Savior, Jesus Christ. Through his atoning sacrifice, Jesus washed away our sin. Even though we still continue to struggle with sin, Jesus assures us that God will not judge us as we deserve because we have been forgiven.

The forgiveness of sins stands at the core of following Jesus. Because we have been for­given, we can, through the power and help of the Holy Spirit, strive each day to faithfully serve Jesus.

As he gave himself for us, out of thanksgiving we can live for him.

No storm in life will last forever, and when it passes, we can thank the Lord for His rescue and constant watchfulness.

Everyone experiences storms in life—occasions that bring pain, suffering, or loss. And it’s in these turbulent times that all sorts of questions come to mind: Where is God? Why has this happened? Was it something I did? Did God cause it, and if so, why? When we find ourselves in tumultuous situations, the safest place to go for answers is God’s Word.

The literal storm described in today’s passage provides insight about the Lord’s role in the various upheavals that come our way. According to verse 25, God was responsible for this storm because He was the one who raised the winds and waves that frightened the sailors.

Turbulent times encourage us to do what those sailors did—in their misery and helplessness, they cried out for God’s help. He then rescued them from their distress by calming the storm and guiding them to a safe haven. In response, they thanked the Lord for His lovingkindness and wondrous deliverance and praised Him publicly.

No storm lasts forever, and there’s nothing like the sense of relief that comes once violent weather is past. Let’s remember to respond like those grateful sailors when the time comes, and until then to endure with our eyes on the Lord.

‘Call to me and I will answer you and tell you great and unsearchable things you do not know.’
Jeremiah 33:3
DailyVerses.net