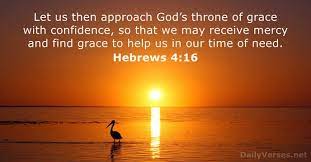 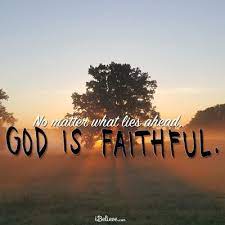 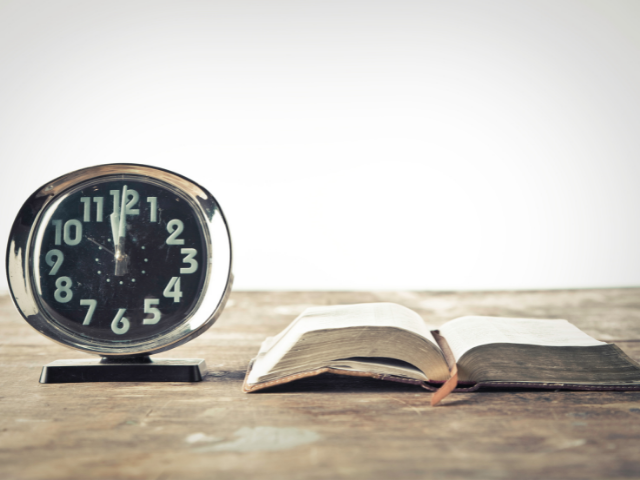 I remember being in church singing the words to Dottie Peoples’ Gospel song, “He’s an On-Time God” as I played my tambourine. In my life, God comes right on time and rescues me. If you are like me, you have found yourself in a position where only God could rescue you.

In John 11:1-29, there was a situation that only Jesus the Messiah could fix. The two sisters were worried and sad because their brother was deathly ill. The brother of Mary and Martha needed a miracle from Jesus. The sisters sent for Jesus to come right away and heal their brother so that he would not die. When Jesus got the message, He waited four days before heading their way. I am sure everyone thought Jesus missed His opportunity to show His healing power and compassion. Jesus loved Mary, Martha, and Lazarus, yet He knew His assignment.

There was a specific time I remember crying out to God in prayer, asking Him to make a way out of my situation. I had bills to pay and not enough money to pay them. My electricity was going to be turned off by the end of the week. I tried to figure out what I could do to keep it on; I had used up my extensions and grace period. I could not think of what to do except pray for God’s intervention. All I knew to do was trust God and listen to His instructions.

I love the words Martha said to Jesus when He finally arrived. It reads,

It was the “But I know” that I had to grab ahold of in my greatest time of need. Although she was upset that He did not come sooner, she composed herself and remembered who He was and what He could do. I knew that Jesus was not limited in His power, compassion, or resources for me. So, like Martha, I had to trust He knew what was best and not lean on my own understanding as it says in Proverbs 3:5-6.

After the conversation, Jesus sent Martha to get Mary and come to Him. And like Martha, I listened and obeyed His instructions when He told me to contact a family member from whom I usually wouldn‘t ask for money. Because of my faith that God can meet my needs, I could pay my electricity bill and rest easy.

Jesus loves us and wants the best for us. John 11:35 says, “Jesus wept.” Although He has the power to perform miracles, He empathizes with what we are going through. He loves us with an everlasting love.

In John 11:43, Jesus called for Lazarus to come out of the grave, and he was made alive. We must remember to have faith and believe in God. With every situation you may be going through that seems hopeless and even dead, just know that He is an on-time God.

I no longer call you slaves, because the slave does not understand what his master is doing. But I have called you friends, because I have revealed to you everything I heard from my Father. (John 15:15)

Years ago there was an old German professor whose beautiful life was a marvel to his students. Some of them resolved to know the secret of it; so one of their number hid in the study where the old professor spent his evenings.

It was late when the teacher came in. He was very tired, but he sat down and spent an hour with his Bible. Then he bowed his head in secret prayer; and finally closing the Book of books, he said,

To know Him is life’s highest attainment; and at all costs, every Christian should strive to be “on the same old terms with Him.”

The reality of Jesus comes as a result of secret prayer, and a personal study of the Bible that is devotional and sympathetic. Christ becomes more real to the one who persists in the cultivation of His presence.

Speak thou to Him for He heareth,
And spirit with spirit will meet!
Nearer is He than breathing,
Nearer than hands and feet.
—Maltbie D.

God designed you unlike anyone else, and your role in His kingdom is just as unique.

Have you ever considered that fingerprints are an amazing example of how much God cares for us? Each of us is born with a certain arrangement of arches, loops, and whorls on our hands, and they don’t change as we grow or age. They are also exclusive. Think about that for a moment: Out of roughly eight billion people on earth, no two of us have the same fingerprint.

We’ve each been uniquely created by God. What’s more, He has a singular plan for every life (Jeremiah 1:5; Proverbs 16:3-4; Proverbs 16:9). There is no such thing as a non-valuable person in God’s eyes—He loves every single one of us equally and is personally involved in seeing His plans for our lives come to fulfillment. In fact, it brings Him joy to do so! So instead of comparing yourself to others or feeling inconsequential, look at the intricacy of your fingertips and remember: You are one of a kind and well-loved by the Creator God who brought you into being.

• Have you recently spent time considering what God has planned for your life? Sit down with Him in prayer and ask for guidance and clarification to get on the right track.

2 Samuel 6:14-16 (KJV) 14And David danced before the LORD with all his might; and David was girded with a linen ephod. 15So David and all the house of Israel brought up the ark of the LORD with shouting, and with the sound of the trumpet. 16And as the ark of the LORD came into the city of David, Michal Saul’s daughter looked through a window, and saw king David leaping and dancing before the LORD; and she despised him in her heart.

Once David saw that the home in which he left the ark was blessed, He decided to go ahead and bring it to the tabernacle in Jerusalem. This time, he had it carried correctly by the priests. As it was arriving in Jerusalem, he was so overjoyed that he leaped and danced in only an ephod. An ephod was a worshiper’s vest that was highly decorated. It may have come down to the waist or have covered the hips. Either way, his leaping and dancing about must have exposed him. Michael, Saul’s daughter, saw her husband and dancing before the LORD with the women of Jerusalem looking on and became very jealous. She put a damper on David’s joy by rebuking him when he came to bless her. She despised him and became barren.

There is a great variety of worship styles in the church today. Some would get almost as wild as David. The conservatives despise them because of it. If it is to the LORD, and only God can judge that, the conservative camp had better be careful that they do not end up barren like Michael. If they are worshiping the LORD with all their heart and focused upon Him, they are pleasing the heart of God. You don’t have to be expressive to worship with all your heart, but sincere and deep emotion is often expressive.

“Who are we to judge another man’s servant,” the Apostle Paul wrote (Romans 14:4). The worshiper is God’s servant, and whatever style he worships in, God will be the judge as to whether it is appropriate. Mankind judges according to appearance, but God judges the heart. However you worship, let’s catch the excitement that David had for the presence of God within us. Never be complacent about that.