At the Feet of Jesus 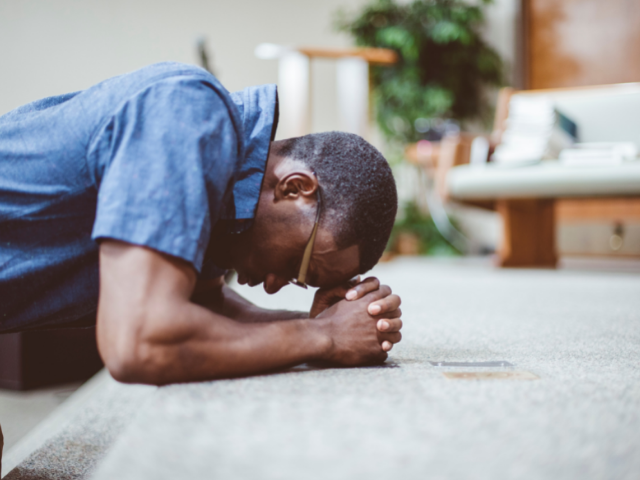 Have you ever been at the right place, doing the right thing, yet you were still misunderstood?

The Bible records three times that Mary, the sister of Martha and Lazarus, spent at the feet of Jesus. Each time, Jesus welcomed her presence. Yet each time, there was a misunderstanding.

In Luke 10:38-42, when Jesus and His disciples visited Mary’s family in Bethany, Mary’s sister Martha criticized her as she sat at Jesus’ feet instead of helping her prepare the meal.

But Jesus corrected Martha, telling her that while she was busy with many unnecessary things, Mary had chosen the better thing by spending time with Him. And He said that what Mary chose would not be taken away from her.

The second time we see Mary at Jesus’ feet, her brother Lazarus has died. She and Martha had called for Jesus to come heal their brother. But as days passed without Jesus appearing, Lazarus grew more ill and eventually died. It was day four after his death that Jesus finally appeared.

In John 11:32, we read how Mary fell at Jesus feet in grief, saying

“Lord, if only you had been here, my brother would not have died.”

Such grief of Mary and others truly touched the heart of Jesus, and he wept — even though He would soon ask for the stone to be rolled from the tomb and call for Lazarus to be raised from the dead (John 11:35, 43-44).

Jesus realized — better than anyone — that this state of death was only temporary. So why did He cry? Maybe it was hurt at the pain that death caused those He loved. Maybe it was having those He loved to wonder why He had delayed coming – perhaps misunderstanding His delay as a lack of care. Such misunderstandings of our motives are hurtful, especially when our intent is only for the good.

Finally, in the first few verses of John 12, we see Mary at the feet of Jesus one more time as Jesus and His disciples arrive for a special dinner. Mary broke open a jar of expensive perfume, pure nard, which was worth a year’s wage for most people. And she anointed Jesus’ feet with the precious ointment, while also pouring out tears of thankfulness and worship.

But once again there was a misunderstanding as the disciple, Judas Iscariot — who would later betray Jesus — commented on the wastefulness of Mary’s act. He said that a better use of the oil would have been selling it and giving the money to the poor. But the Bible shares his true, selfish motive, which was to steal the money for himself (John 12:4-6).

And just as Jesus had previously corrected Martha for criticizing her sister, He, too, corrected Judas. “Leave her alone,” Jesus said in John 12:7, “She did this in preparation for my burial.” He also noted how the poor would always be with them, but He would not always be with them. So once again, He recognized how Mary had chosen the better option.

How precious it is to know that Jesus recognized Mary’s true motives and even defended her when others only criticized. And how wonderful that Mary came to better understand Jesus’ purpose as she spent time at His feet.

The Reality of God’s Love

No matter what our circumstances might suggest, God still loves us and will never stop.

Have you ever wondered why a God of love lets bad things happen to you? Or whether your past keeps Him from loving you? But just because you may feel unloved doesn’t mean that you actually are. The apostle Paul could probably relate. In today’s reading we see that he encountered hardship after hardship while following God. And his past was so checkered with sin (Acts 8:1-3; Acts 9:1-2) that he could have assumed he had good reason to feel unloved.

Yet Paul kept spreading his message of hope—that God loves us and sent His Son to die for our sins. The situation we find ourselves in may be unfair, painful, or humiliating, but it doesn’t mean God has stopped loving us. Sometimes we face difficulty because He is smoothing our rough edges and molding us into His image. Other trials are instigated by Satan but are allowed through the Lord’s permissive will.

Either way, God is working everything out for our good, according to His specific purposes for each believer’s life (Romans 8:28). The key to accepting the truth of God’s unconditional love is to focus attention on Him rather than on your circumstances. When you are learning of Him, talking with Him, and sharing your life with Him, trust and faith will replace doubt and fear.

Streams in the Desert – May 31

You will come to your grave in a full age, As stacks of grain are harvested in their season. (Job 5:26)

A gentleman, writing about the breaking up of old ships, recently said that it is not the age alone which improves the quality of the fiber in the wood of an old vessel, but the straining and wrenching of the vessel by the sea, the chemical action of the bilge water, and of many kinds of cargoes.

Some planks and veneers made from an oak beam which had been part of a ship eighty years old were exhibited a few years ago at a fashionable furniture store on Broadway, New York, and attracted general notice for the exquisite coloring and beautiful grain.

Equally striking were some beams of mahogany taken from a bark which sailed the seas sixty years ago. The years and the traffic had contracted the pores and deepened the color, until it looked as superb in its chromatic intensity as an antique Chinese vase. It was made into a cabinet, and has today a place of honor in the drawing-room of a wealthy New York family.

So there is a vast difference between the quality of old people who have lived flabby, self-indulgent, useless lives, and the fiber of those who have sailed all seas and carried all cargoes as the servants of God and the helpers of their fellow men.

Not only the wrenching and straining of life, but also something of the sweetness of the cargoes carried get into the very pores and fiber of character.
—Louis Albert Banks

When the sun goes below the horizon he is not set; the heavens glow for a full hour after his departure. And when a great and good man sets, the sky of this world is luminous long after he is out of sight. Such a man cannot die out of this world. When he goes he leaves behind him much of himself. Being dead, he speaks.
—Beecher

When Victor Hugo was past eighty years of age he gave expression to his religious faith in these sublime sentences: “I feel in myself the future life. I am like a forest which has been more than once cut down. The new shoots are livelier than ever. I am rising toward the sky. The sunshine is on my head. The earth gives me its generous sap, but Heaven lights me with its unknown worlds.

“You say the soul is nothing but the resultant of the bodily powers. Why, then, is my soul more luminous when my bodily powers begin to fail? Winter is on my head, but eternal spring is in my heart. I breathe at this hour the fragrance of the lilacs, the violets, and the roses as at twenty years. The nearer I approach the end the plainer I hear around me the immortal symphonies of the worlds which invite me. It is marvelous, yet simple.”

An unknown German writer declared that we should praise Him constantly. He expressed this conviction in a hymn known in English as “When Morning Gilds the Sky.”

In the title, the translator used a word that means to overlay with a thin covering of gold. The picture is a colorful sunrise. It is a reminder that we should start each day praising Jesus.

If we are sad, we find solace in praising Him. As the anonymous writer knew, we praise Him when we face opposition, knowing that “the powers of darkness fear” when we praise Him. When we think about His blessings, we should never tire of praising Him.

The throngs praised Jesus when He approached Jerusalem for the last time on earth. But while we live, we have the opportunity to praise Him anytime. We never should stop. Every stanza of this hymn ends with the phrase, “May Jesus Christ be praised.”

As we praise Him, we are joining the heavenly choir, remembering that we will spend eternity praising Him. Today, spend time praising Jesus. He is worthy!

Reflection Question: Write your own hymn of praise for the day’s sunrise and sunset.

But because of his great love for us, God, who is rich in mercy, made us alive with Christ even when we were dead in transgressions—it is by grace you have been saved.
Ephesians 2:4-5
DailyVerses.net