Why Pray for the Sick 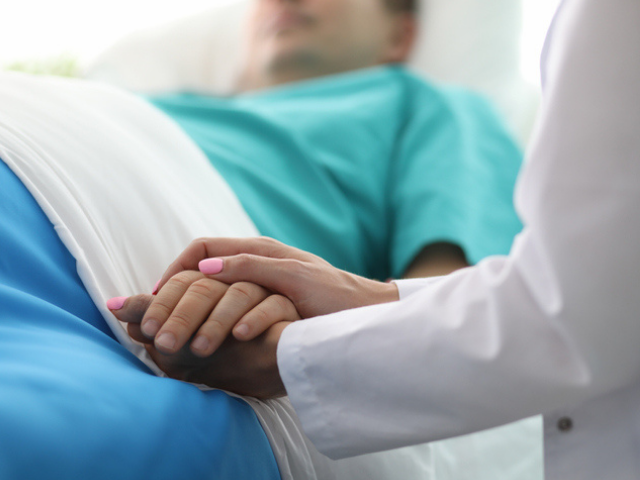 James 5:13    Is any among you afflicted? let him pray. Is any merry? let him sing psalms.

Beth Patch – Senior Internet Editor & Producer, cbn.com
I am guilty. There are times I’ve prayed for terminally ill people and lacked faith — not in God’s
ability to heal, but in His choosing to use it. I know I’m not the only one. By the time you’ve got
some age on you, you’ve prayed for lots of people who are no longer with us. We know that
everyone dies (physically) at some point.

So, how do you pray with unwavering faith when the doctors are saying things like, “We’ve done all that we can do,” and the person has deteriorated so much that they don’t even look like themselves? Why do we pray when the scene’s so familiar to past situations where the person died in spite of all our prayers?

I was battling with this question about praying when I came across an insightful truth in 2 Chronicles.

In the thirty-ninth year of his reign, Asa developed a serious foot disease. Yet even with the severity of his disease, he did not seek the LORD’s help but turned only to his physicians. So he died in the forty-first year of his reign” (2 Chronicles 16:12-13 NLT).

Asa did what was pleasing and good in the sight of the LORD his God (14:2).

When he became king over Judah, he destroyed all signs of worshipping other gods and commanded the people to seek the Lord and obey His commands. The Bible says King Asa continued to seek God’s guidance as he ruled over Judah and they enjoyed a time of peace.

But, in his later years, something went wrong. He began to rely on others and no longer put his trust in God. Hanani the “seer” reminded the king:

The eyes of the LORD search the whole earth in order to strengthen those whose hearts are fully committed to him (16:9).

By the time he developed a serious foot disease, God wasn’t his “go-to” anymore. The Scripture says he didn’t seek the Lord’s help, but only consulted his doctors.

Well, that answered my question about praying for sick people and for my own illnesses — when our hearts are fully committed, we seek God’s will no matter what the outcome may be. He notices when we stop trusting in Him. King Asa was what we would consider a godly man, a godly leader. But he had stopped putting his trust in God. So when it came to a medical condition, he did not give God the opportunity to heal him.

10  Take, my brethren, the prophets, who have spoken in the name of the Lord, for an example of suffering affliction, and of patience. 11  Behold, we count them happy which endure. Ye have heard of the patience of Job, and have seen the end of the Lord; that the Lord is very pitiful, and of tender mercy. 12  But above all things, my brethren, swear not, neither by heaven, neither by the earth, neither by any other oath: but let your yea be yea; and your nay, nay; lest ye fall into condemnation. 13  Is any among you afflicted? let him pray. Is any merry? let him sing psalms. 14   Is any sick among you? let him call for the elders of the church; and let them pray over him, anointing him with oil in the name of the Lord: 15  And the prayer of faith shall save the sick, and the Lord shall raise him up; and if he have committed sins, they shall be forgiven him.              16  Confess your faults one to another, and pray one for another, that ye may be healed. The effectual fervent prayer of a righteous man avails much.

Streams in the Desert – June 1

Dost thou think that all this din and hurly-burly that is abroad betokens that God has left His throne?

No, man, His coursers rush furiously on, and His chariot is the storm; but there is a bit between their jaws, and He holds the reins, and guides them as He wills! Jehovah is Master yet; believe it; peace be unto thee! be not afraid.
–C. H. Spurgeon

I entreat you, give no place to despondency. This is a dangerous temptation—a refined, not a gross temptation of the adversary. Melancholy contracts and withers the heart, and renders it unfit to receive the impressions of grace. It magnifies and gives a false coloring to objects, and thus renders your burdens too heavy to bear. God’s designs regarding you, and His methods of bringing about these designs, are infinitely wise.
–Madame paste

When we believe in Jesus Christ all our sins are pardoned; yet the power of sin, although it is weakened and kept under by the dominion of the new-born nature which God infuses into our souls, does not cease, but still lingers in us, and will do so to our dying day. It is a doctrine held by all the orthodox, that there still dwells in the regenerate the lusts of the flesh, and that there still remains in the hearts of those who are converted by God’s mercy, the evil of carnal nature. I have found it very difficult to distinguish, in experimental matters, concerning sin. It is usual with many writers, especially with hymn writers, to confound the two natures of a Christian. Now, I hold that there is in every Christian two natures, as distinct as were the two natures of the God-Man Christ Jesus. There is one nature which cannot sin, because it is born of God—a spiritual nature, coming directly from heaven, as pure and as perfect as God himself, who is the author of it; and there is also in man that ancient nature which, by the fall of Adam, has become altogether vile, corrupt, sinful, and devilish. There remains in the heart of the Christian a nature which cannot do that which is right, any more than it could before regeneration, and which is as evil as it was before the new birth—as sinful, as altogether hostile to God’s laws, as ever it was—a nature which, as I said before, is curbed and kept under by the new nature in a great measure, but which is not removed and never will be until this tabernacle of our flesh is broken down, and we soar into that land into which there shall never enter anything that defiles.