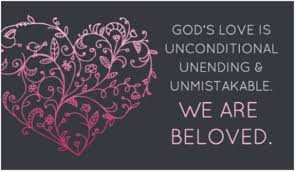 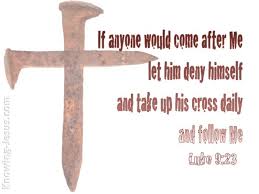 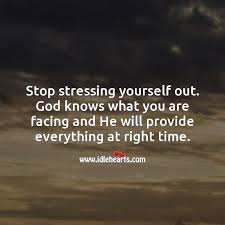 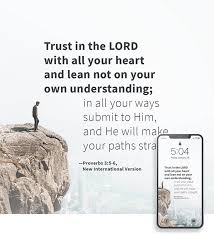 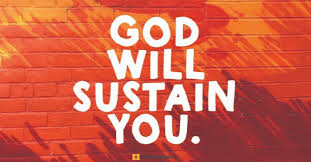 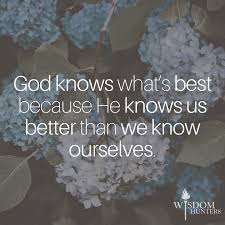 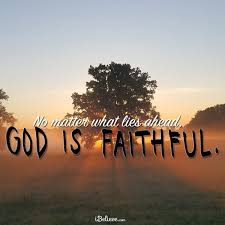 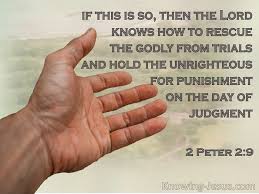 When We Don’t Know Why, God Does 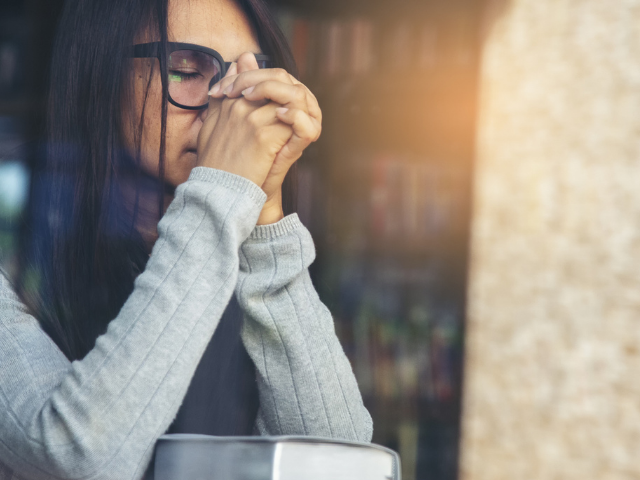 Jesus answered, “You do not know now what I am doing, but later you will understand” (John 13:7, NRSV).

A friend once told me a story of a broken engagement. She explained that her initial reaction was to ask, “Why did God allow this to happen to me? What did I do wrong?”

It has been years since the break-up, and my friend has been able to let go of the pain, see God’s purpose in it all, and experience His peace. After all, if the break-up never happened, she never would have discovered the love of her life. Nor would have I, as I’m referring to my best friend and lifelong companion — my wife! She was able to reconcile her past hurt as she embraced all God had in store for her.

On the eve of His crucifixion, just before meeting with the disciples for the Last Supper, Jesus poured water into a basin and began washing their feet. Bewildered, Peter asked Jesus, “Are you going to wash my feet?” (John 13:6). Although, at that moment, Peter did not understand the reason behind the Lord’s actions, Jesus offered him simple words of encouragement. God never acts without reason, nor does He conceal His purpose from us forever, assuring us, “later you will understand.”

Perplexity and confusion may trouble us for a moment, but God will never abandon us. Lingering questions about who we are, why circumstances occur the way they do, and what the future holds may leave us feeling unsettled, discouraged, and distraught. Still, God has a plan. We can trust Him, having confidence He will reveal what His purpose is when He is ready.

We look forward to God’s full disclosure of all He has prepared for us in Christ. As the disciple John said:

What we will be has not yet been revealed. What we do know is this: when he is revealed, we will be like him, for we will see him as he is (1 John 3:2).

In the meantime, we weather insecurity and disillusionment by placing our hope in the reality that God has a plan. And He will reveal just what that plan is at the proper time. We can rest assured that though the future may appear hidden and unclear, God is molding all that we are — our past hurts, present failures, and future uncertainties — into something far better, beyond what we could ask for or think (Eph. 3:20). Amid circumstances that don’t seem to add up and life trials we have no explanation for, we can find peace in knowing that God’s plan for us is better than anything we can imagine.

2 Samuel 11:2-4a 2One evening David got up from his bed and walked around on the roof of the palace. From the roof he saw a woman bathing. The woman was very beautiful, 3and David sent someone to find out about her. The man said, “Isn’t this Bathsheba, the daughter of Eliam and the wife of Uriah the Hittite?” 4aThen David sent messengers to get her. She came to him, and he slept with her.

In the spring the kings would go out to war on the enemies of their nations. Instead of going out with his army, David sent his general Joab. David remained in Jerusalem. It has been said that an idle mind is the Devil’s workshop. It sounds like David was sleeping in and rose to do a little peeping on his neighbors from his roof. He saw a beautiful woman bathing. Instead of turning his gaze, as would have been appropriate, he continued to look. His mind dwelt on her beauty, and he took the next step to ask who she is. The answer from his servant should have been a wake- up call, but then he took the next step and summoned her.

We can see the string of sins, each leading to a greater one. In the season before, God had given David a great victory over his enemies. Joab was leading the forces against an old enemy, the Ammonites. Why had David decided to stay behind? He was not an old man. Was his vacation from the war a purposeful choice to indulge himself in some way? From the looking to the contemplation, to the asking, to the invitation, David was sliding down a slippery slope.

The fall of many a man of God has the same sad story. One sin leads to another. If at any time in your life you decide to stop fighting the enemy to indulge yourself, it won’t be long before you find yourself defeated. At any point David could have stopped and realized where he was headed. He would have avoided the devastating consequences.

Consider: Because he didn’t choose to stop, he paid the price. Will you?

Streams in the Desert – June 2

Against hope Abraham believed in hope with the result that he became the father of many nations according to the pronouncement, “so will your descendants be.” Without being weak in faith, he considered his own body as dead (because he was about one hundred years old) and the deadness of Sarah’s womb. — Rom 4:18-19

We shall never forget a remark that George Mueller once made to a gentleman who had asked him the best way to have strong faith.

d“The only way,” replied the patriarch of faith, “to learn strong faith is to endure great trials. I have learned my faith by standing firm amid severe testings.” This is very true. The time to trust is when all else fails.

Dear one, you scarcely realize the value of your present opportunity; if you are passing through great afflictions you are in the very soul of the strongest faith, and if you will only let go, He will teach you in these hours the mightiest hold upon His throne which you can ever know.

“Be not afraid, only believe.” And if you are afraid, just look up and say, “What time I am afraid I will trust in thee,” and you will yet thank God for the school of sorrow which was to you the school of faith.
–A. B. Simpson

“Great faith must have great trials.”

“God’s greatest gifts come through travail. Whether we look into the spiritual or temporal sphere, can we discover anything, any great reform, any beneficent discovery, any soul-awakening revival, which did not come through the toils and tears, the vigils and blood-shedding of men and women whose sufferings were the pangs of its birth? If the temple of God is raised, David must bear sore afflictions; if the Gospel of the grace of God is to be disentangled from Jewish tradition, Paul’s life must be one long agony.”

Eugène Burnand believed that art could be a teaching tool, conveying insights that could not just illustrate biblical stories, but also bring them to life. In particular, he applied these ideas to the parables of Jesus.

We see his approach in his treatment of the parable of the man who knocked on a neighbor’s door, hoping to get the bread he needed. The request came at midnight, an inconvenient time. At first, the neighbor just rejected the request. The door was shut. The neighbor said, “I cannot rise and give to you” (v. 7). But the man did not give up and kept knocking. Because of his persistence, he received everything he needed.

Burnand dedicated two paintings to this story, each in his familiar black-and-white style. These paintings don’t dazzle us with technique but do draw us into the story.

In the first painting, Burnand showed a man garbed in plain clothing, knocking at a door. The second painting is of a woman, praying, her Bible opened. She represents a person who applied the principles of the parable.

These illustrations help us realize that Jesus was teaching truths that apply to everyone – people of every background, anyone with a need who has the faith to seek God for answers.

These principles apply to you. Don’t give up if your prayers aren’t answered at first. Pray and keep praying. Keep seeking God for the answers you need. Keep knocking.

Reflection Question: Write a prayer for something you’ve been requesting from God for a long time.

For the message of the cross is foolishness to those who are perishing, but to us who are being saved it is the power of God.
1 Corinthians 1:18
DailyVerses.net