What He’s Done for Me 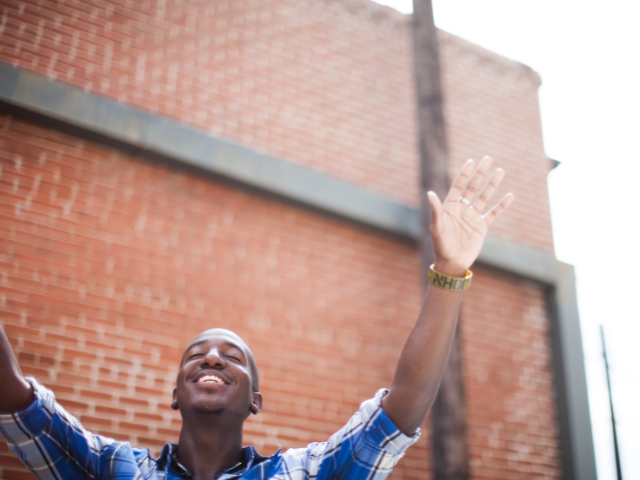 There are times in my life when I pause and try to think back on what Jesus has done for me. It’s easy to go directly to the cross and thank God for making a way for me to be in a relationship with Him through the sacrifice of Jesus. I am so thankful for this truth, but oftentimes when I’m reflecting on what Jesus has done for me, I’m usually trying to think of the more seemingly minor everyday things that I quickly forget about and never stop to give Him thanks!

After Jesus rises from the dead, He appears to the disciples three times. In John chapter 21, we see Jesus meeting the disciples as they are fishing. He directs them where to cast their nets and then brings them back to shore for a meal.

John 21:25 is the last verse of the book of John, and it has always been one of my favorites. It says,

Jesus also did many other things. If they were all written down, I suppose the whole world could not contain the books that would be written.

If we tried to write down everything that Jesus has done, “the whole world could not contain the books.” How crazy is that! Now think of the things he’s done in your life.

I’m sitting in my house enjoying a warm breeze wafting through the open windows while drinking tea and eating a little snack. In these moments, I try to remember that God provides all things for me; a safe place to live, air to breathe, nourishing foods to enjoy and fuel my body, and the list goes on and on!

Today, I encourage you to take some time to thank God for the beautiful pieces of life that He gives.

1 Kings 6:7 7In building the temple, only blocks dressed at the quarry were used, and no hammer, chisel or any other iron tool was heard at the temple site while it was being built.

Imagine the precision that had to be used to have the stones perfectly fit when they arrived at the temple site! Three-dimensional exactness had to be obtained at the quarry, for no pounding of any iron tool was to be heard at the site. Each block was custom made for an exact location to fit with the blocks beside and below.

Peter refers to believers as living stones (1 Peter 2:4-5). What kind of parallel can we see here? Jesus is the builder of the eternal temple of God, as the author of Hebrews declared (Hebrews 3:3-4). He must shape us to perfectly fit into the place God has for us and that includes fitting in with those around us. Each of us has a calling and a place in the temple. But what does this noiseless activity represent?

The pounding and shaping, the noisy activity, should go on outside the temple site. When we gather to worship, it is not the time to hash out our differences. There we quietly behold His glory or sing His praises. There, our focus is not on our fit with the stone next to us but the wonder of our Savior. O come let us adore Him. Turn your eyes upon Jesus.

The hammering and shaping should go on in the quarry. One on one with the Lord, we should allow ourselves to be shaped. The places we do not fit with the other living stones must be chiseled away. That noisy and often painful activity goes on in the quarry with Jesus so that we do not disturb the focus of others as we gather to worship corporately. Are you letting Him remove from you the protrusions in your life that keep you from fitting perfectly with the rest of the building?

Take time alone with God to let Him make some reductions in you so that you fit with the other living stones.

Streams in the Desert – June 13

Peace I leave with you; my peace I give to you; I do not give it to you as the world does. Do not let your hearts be distressed or lacking in courage. (John 14:27)

Two painters each painted a picture to illustrate his conception of rest. The first chose for his scene a still, lone lake among the far-off mountains.

The second threw on his canvas a thundering waterfall, with a fragile birch tree bending over the foam; and at the fork of the branch, almost wet with the cataract’s spray, sat a robin on its nest.

The first was only stagnation; the last was rest.

Christ’s life outwardly was one of the most troubled lives that ever lived: tempest and tumult, tumult and tempest, the waves breaking over it all the time until the worn body was laid in the grave. But the inner life was a sea of glass. The great calm was always there.

Rest is not a hallowed feeling that comes over us in church; it is the repose of a heart set deep in God.
—

“And so I saw the wicked buried, who had come and gone from the place of the holy, and they were forgotten in the city where they had so done: this also is vanity.” Ecclesiastes 8:10

Go into Bunhill Fields, and stand by the memorial of John Bunyan, and you will say, “Ah! There lies the head that contained the brain which thought out that wondrous dream of the Pilgrim’s Progress from the City of Destruction to the Better Land. There lies the finger that wrote those wondrous lines which depict the story of him who came at last to the land Beulah, and waded through the flood, and entered into the celestial city. And there are the eyelids which he once spoke of, when he said, “If I lie in prison until the moss grows on my eyelids, I will never make a promise to withhold from preaching.” And there is that bold eye that penetrated the judge, when he said, “If you will let me out of prison today, I will preach again tomorrow, by the help of God.” And there lies that loving hand that was ever ready to receive into communion all them that loved the Lord Jesus Christ: I love the hand that wrote the book, “Water Baptism no bar to Christian Communion.” I love him for that sake alone, and if he had written nothing else but that, I would say, “John Bunyan, be honoured for ever.” And there lies the foot that carried him up Snow Hill to go and make peace between a father and a son, in that cold day, which cost him his life. Peace to his ashes! Wait, O John Bunyan, till thy Master sends his angel to blow the trumpet; and methinks, when the archangel sounds it, he will almost think of thee, and this shall be a part of his joy, that honest John Bunyan, the greatest of all Englishmen, shall rise from his tomb at the blowing of that great trump. You cannot say so of the wicked.

For meditation: In Heaven the saved are still known by name—Abraham, Lazarus; in hell the lost are at best known only by a description—Dives is just the Latin for “a rich man”. See the contrast in Proverbs 10:7. Are the names and burial-places of John Bunyan’s enemies well known even on earth?