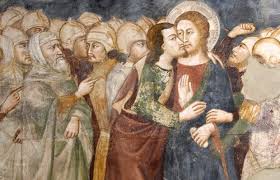 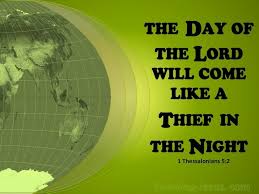 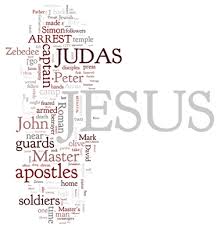 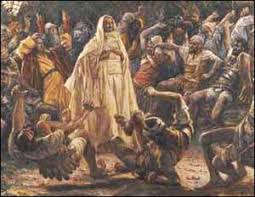 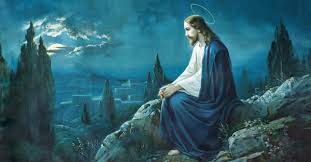 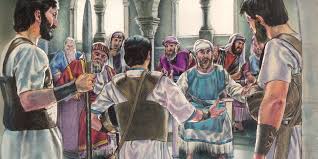 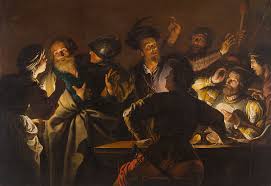 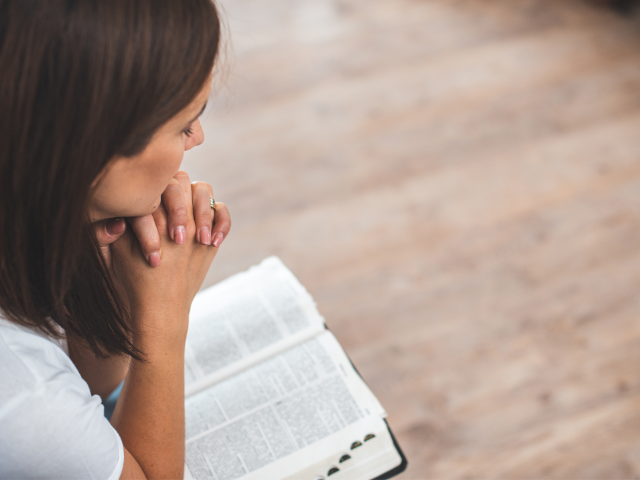 Have you ever heard the saying, “If you were arrested for your faith, would there be enough evidence for your conviction”? It’s an interesting question to reflect on. Do I go to church enough? Am I nice to the cashier at the supermarket? Do I yield for the right amount of time and wave people on ahead of me enough? Thankfully, none of my good deeds equate to my salvation through the blood of Jesus. But I think about John and Peter in Acts 4 and how they were arrested for sharing about Jesus:

And as they were speaking to the people, the priests and the captain of the temple and the Sadducees came upon them, greatly annoyed because they were teaching the people and proclaiming in Jesus the resurrection from the dead. And they arrested them and put them in custody until the next day, for it was already evening. (Acts 4:1-3 ESV)

They had healed a man who was crippled, and the religious leaders weren’t too fond of the idea that this had happened in the name of Jesus. As they questioned Peter, he proclaimed the gospel in his explanation, stating that Jesus was raised from the dead and through Him alone can we receive salvation.

Verse 8 says that Peter was “filled with the Holy Spirit,” and later in verse 13, the religious leaders “saw the boldness of Peter and John.” How incredible is it to know that as believers, we have the Holy Spirit in us and can be bold for Jesus!

Peter and John were truly arrested for their faith and, according to the religious leaders, had cause for their conviction. As much as I wouldn’t want to be arrested if the charges are based on my faith, I pray that my life has been one that boldly and loudly screams the name of Jesus Christ.

How are you living? Are your actions and words evidence of your faith in Jesus Christ? I’m not talking about whether you are kind to strangers, but are you boldly sharing the name of Jesus to your family, friends, and neighbors who don’t know Him? No matter your answer, I invite you to join me in being intentional with sharing Jesus this week with a loved one.

Father, thank you for sending your Holy Spirit to dwell within us and empower us to speak boldly about your Son, Jesus. Please give us an opportunity to share Him with someone this week. Use us to speak Your Truth and Life to someone who needs it most. In Jesus’ name. Amen.

1 Kings 12:7-8 7They replied, “If today you will be a servant to these people and serve them and give them a favorable answer, they will always be your servants.” 8But Rehoboam rejected the advice the elders gave him and consulted the young men who had grown up with him and were serving him.

Solomon reigned for forty years, the same number of years as his father David. Because his heart turned to other gods, the LORD promised ten tribes to one of his overseers, Jeroboam. When Solomon’s son, Rehoboam, was to be crowned king, the people asked him to please lighten the burden Solomon had placed on them. Solomon had heavily taxed the people and given them assignments in service to the kingdom. Rehoboam asked the people to give him three days to consider this.

He went to the elders that had advised his father. They had been a part of the success of his father and had a track record of giving good advice. They had years of experience and were very wise individuals. They advised Rehoboam to be a servant leader. They told him that if he would indeed lighten their load, the people would keep their word and serve him faithfully all their life.

Rehoboam didn’t like that advise. He wanted what his father had. Why should he tighten his belt and do with less? He sought out the advice of the young men he grew up with. They told him what he wanted to hear. He answered the people that he would be harsher than his father. The ten northern tribes drew away with Jeroboam as their leader, fulfilling the word of God.

Mankind always wants more. It is hard for the carnal nature to give up niceties of life but oh so easy to desire more. In Rehoboam’s greed, he lost nearly all. Instead of a minor cutback, he had to make a major one.

Consider: When seeking advice we have a tendency to look to those who will tell us what we want to hear, and we reject the advice of those who tell us what we would rather not hear. Though age does not always bring wisdom, ask advice of those who have the life that shows they are wise. Ask people who demonstrate the fruits of the Spirit. Even if you don’t like their answers, realize they are best for you. Refusing sound advice may cause you greater loss than you feared.

[Jesus] gave up his spirit. At that moment the curtain of the temple was torn in two from top to bottom.

You might wonder why the title of this meditation is “Beau­tiful Death.” The Bible affirms life, so how could any death be considered beautiful?

But, in a way, this title is similar to the name “Good Friday,” which we use to refer to the day of Jesus’ death. In some ways that day was not good at all. We mourn the death of Jesus, and we regret the sin that caused him to die. But in other ways the day has been very good indeed. The death of Jesus is good news for the world, because in his death Jesus tore down the barrier between God and sinful humanity. Now we can be united with God because of Jesus’ death. So we can say that the death of Jesus was beautiful.

The book of Matthew adds that at the moment of Jesus’ death, “the curtain of the temple was torn in two from top to bottom.” That curtain barred the way to the holiest room in the temple. It represented the separation between the holy God and his sinful people. But because of Jesus’ death, the curtain was not needed anymore. People could be united with God again. God loved the world so much that he sent Jesus to die, uniting us with himself again—and that is beautiful!

Lord Jesus, we praise you for your great love, shown by your death for all who believe in you. Thank you for your beautiful death, which unites us with God again. Amen.

“Again the word of the Lord came unto me, saying, Son of man, cause Jerusalem to know her abominations.” Ezekiel 16:1,2

God gives to his people riches, and they offer them before the shrine of their covetousness. He gives them talent, and they prostitute it to the service of their ambition. He gives them judgement, and they pander to their own advancement, and seek not the interest of his kingdom. He gives them influence; that influence they use for their own aggrandisement, and not for his honour. This is like taking his gold, and his jewels, and hanging them upon the neck of the god Ashtaroth. Ah! Let us take care when we think of our sins, that we set them in this light. It is taking God’s mercies to lavish them upon his enemies. Now, if you were to make me a present of some token of your regard, I think it would be the meanest and most ungracious thing in the world I could do to take it over to your enemy, and say, “There, I come to pay my respects.” To pay my respects to your foe with that which had been the token of your favour! There are two kings at enmity with one another—two powers that have been at battle, and one of them has a rebellious subject, who is caught in the very act of treason, and condemned to die. The king very graciously pardons him, and then munificently endows him. “There,” says he, “I give you a thousand crown-pieces;” and that man takes the bounty, and devotes it to increasing the resources of the king’s enemies. Now, that were a treason and baseness too vile to be committed by worldly men. Alas then! That is what you have done. You have bestowed on God’s enemies what God gave to you as a love-token. Oh, men and brethren, let us bow ourselves in dust and ashes before God.

For meditation: Is a readiness to use God’s gifts selfishly the reason why he appears to say “No” to so many of your prayer-requests (James 4:3-4)?

Sin is not ended by multiplying words, but the prudent hold their tongues.
Proverbs 10:19
DailyVerses.net