Have You Ever Felt Disqualified? 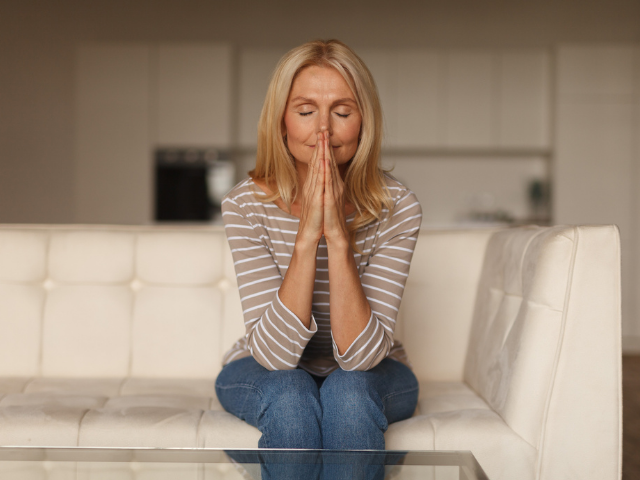 Have you ever felt the pressure to reach new goals, meet certain objectives, or simply seek to be a better person with God? Although there are probably success stories that we remember, there are moments we feel frustrated to the point of feeling discouraged or disqualified to move forward.

When I find myself in this situation, thoughts of defeat have made me feel disqualified to be used by God. However, I have great news; our past mistakes do not define how God sees us because Jesus died on the cross to redeem us from our sins.

The Bible tells us about Saul, the controversial character who persecuted believers and whom everyone feared. Then, one day, on the road to Damascus, Jesus met him, and his life took a 180° turn. Although he became a new person, many weren’t convinced of Saul’s transformation:

“Lord,” Ananias answered, “I have heard many reports about this man and all the harm he has done to your holy people in Jerusalem. And he has come here with authority from the chief priests to arrest all who call on your name” (Acts 9:13-14).

I’ve often found myself in the role of Ananias, trying to disqualify myself for the mistakes I’ve made, but if God did not disqualify a man as terrible as Saul, He wouldn’t do it with us either.

But the Lord said to Ananias, ‘Go! This man is my chosen instrument to proclaim my name to the Gentiles and their kings and to the people of Israel.’ At once he began to preach in the synagogues that Jesus is the Son of God (Acts 9:15, 20).

It is likely that you will hear voices that will try to discourage you throughout your life, but remember that God created you from the beginning with a great purpose and nothing can bring down or overcome what He says. God has the last word:

To God belong wisdom and power; counsel and understanding are his. If he holds back the waters, there is drought; if he lets them loose, they devastate the land. To him belong strength and insight; both deceived and deceiver are his (Job 12:13, 15-16).

Dear friend, I can say with certainty when I feel most disqualified, that is when I have experienced the grace of God the most! A year ago, I was so frustrated over not seeing specific goals and dreams fulfilled in my life, but today, I can testify of His great love and care for me, even during one of the lowest valleys of my life. The Lord opened the doors, and I am confident of His great plan for my life! So, whenever you feel disqualified, whenever you think you are not able, keep these words in your heart:

But he said to me, ‘My grace is sufficient for you, for my power is made perfect in weakness.’ Therefore I will boast all the more gladly about my weaknesses, so that Christ’s power may rest on me (2 Corinthians 12:9).

Glory to God for His great love for us!

Prayer:
Father, thank you for your grace and mercy. Thank you for being strong when I am weak. Help me to trust in Your plan and purpose for my life. In Jesus’ name. Amen.

1 Kings 19:20-21 20Elisha then left his oxen and ran after Elijah. “Let me kiss my father and mother good-by,” he said, “and then I will come with you.” “Go back,” Elijah replied. “What have I done to you?” 21So Elisha left him and went back. He took his yoke of oxen and slaughtered them. He burned the plowing equipment to cook the meat and gave it to the people, and they ate. Then he set out to follow Elijah and became his attendant.

Elijah left Mount Horeb with fresh inspiration. He was going to train someone to take his place. He saw the man God had told him to call and threw his cloak upon him. It was a picture of the anointing of God coming upon him and covering him. We have the same picture in the New Testament when the Apostle Paul says, “Put on the Lord Jesus Christ (Romans 13:14).

Elisha wanted to say good-bye to his parents, but Elijah asked him to consider what had just happened. He was called of God. What would hold him back or deter him? We read nothing of him saying good-bye. That reminds us of the person that wanted to follow Jesus but wanted to wait until his parents died. Jesus told him to let the dead bury the dead, but come and follow him (Matthew 8:22).

Elisha must have considered this to be a great calling. He burned the implements that he used to make a living and roasted the oxen. He fed the people with the meat. He no longer had anything to go back to. Today we would call this “burning our bridges.” Elisha planned to go forward and never look back. If God wanted to use him, he wanted to be undistracted and completely available to God. We will see in coming devotions how he highly prized the calling and anointing of God. His training started as a servant to Elijah. He would observe the man that God was using and learn from him.

Consider: Many of us need a mentor to give us an example of what it is to walk in the Spirit. We often have such poor examples that we may need to search for a life we respect and can learn from. Do you have a godly mentor?

Rewards for our kingdom work await us in heaven, but God also blesses us in this life for our service.

In His grace, God freely gives salvation to those who believe in Jesus. We can’t earn it, nor do we deserve it. However, our Father does notice when we live according to His will, and He promises to reward us according to what we have done for Him.

Revelation 22:12 says, “Behold, I am coming quickly, and My reward is with Me, to reward each one as his work deserves.” Whether large or small, service done in Jesus’ name will be blessed. We must be careful, though, that our actions are for Christ’s glory. If motives are self-serving, the only benefit we receive is the praise (if any) that we hear from people in this life.

While we look forward to rewards that will be given in heaven, some blessings can be experienced now. For example, there’s great joy in allowing God to bless others through us. In addition, there’s a profound sense of fulfillment when we lead a person to Jesus and teach him or her how to walk by faith.

Serving others is both a great benefit and a responsibility. We should prayerfully consider our motives to make sure that our goal is to glorify Christ. Only then will we receive God’s full blessings—rewards given not just in eternity but on earth as well.

Streams in the Desert – June 28

You must remember that John was in the Isle of Patmos, a lone, rocky, inhospitable prison, for the Word of God and the testimony of Jesus. And yet to him, under such circumstances, separated from all the loved ones of Ephesus; debarred from the worship of the Church; condemned to the companionship of uncongenial fellow-captives, were vouchsafed these visions. For him, also a door was opened.

We are reminded of Jacob, exiled from his father’s house, who laid himself down in a desert place to sleep, and in his dreams beheld a ladder which united Heaven with earth, and at the top stood God.

Not to these only, but to many more, doors have been opened into Heaven, when, so far as the world was concerned, it seemed as though their circumstances were altogether unlikely for such revelations. To prisoners and captives; to constant sufferers, bound by iron chains of pain to sick couches; to lonely pilgrims and wanderers; to women detained from the Lord’s house by the demands of home, how often has the door been opened to Heaven.

But there are conditions. You must know what it is to be in the Spirit; you must be pure in heart and obedient in faith; you must be willing to count all things but loss for the excellency of the knowledge of Jesus Christ; then when God is all in all to us, when we live, move and have our being in His favor, to us also will the door be opened.
–Daily Devotional Commentary

If your brother or sister sins, go and point out their fault, just between the two of you. If they listen to you, you have won them over.
Matthew 18:15
DailyVerses.net

Therefore no one will be declared righteous in God’s sight by the works of the law; rather, through the law we become conscious of our sin.
Romans 3:20
DailyVerses.net