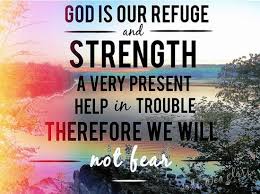 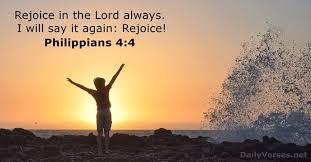 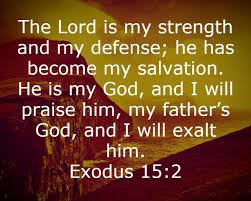 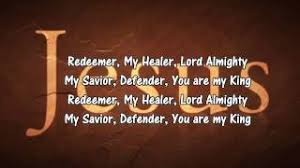 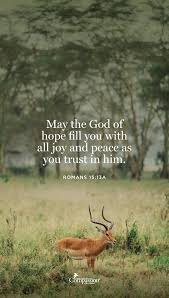 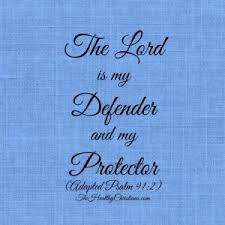 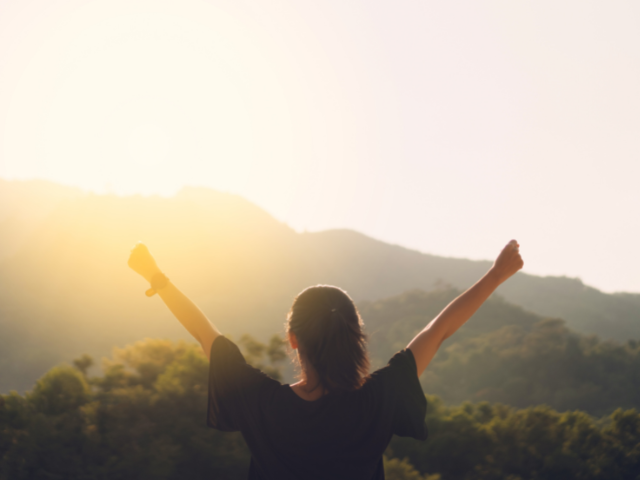 Sometimes during my devotional time, I like to glaze over the book of Job in the Bible. Let’s be honest, who wants to read or hear about suffering? We live in a world where suffering seems all too familiar to many of us. But there are many truths and healing principles we can learn and apply to our lives by studying Job and his character.

When my oldest son was born, he spent his first week of life in the NICU fighting for his life. His oxygen levels plummeted less than 48 hours after his perfect birth and within a whirlwind of events, I found myself on my knees in a NICU triage room crying out to God to save and heal my baby boy. Life is but a vapor, and the reality of our human frailty felt overwhelming in that moment. I found myself in a state of full dependency on God, much like Job does throughout his trials.

During my son’s stay in the NICU, we saw the hand of God move mightily upon his life and heal his body in a miraculous way. I will never stop giving thanks to God for His great mercy and healing in my son’s life! Multiple tests on his heart, stomach, lungs, and blood were run, and every test began to come back clear. We left the hospital with “inconclusive results” about exactly why his oxygen dropped in the first place. While doctors were perplexed, I knew it was because God was his great defender. He had saved his life and I would spend all my days advocating for my precious boy, telling every doctor, nurse, and therapist his story—a story of the miracle-working power of Jesus.

Through this trial with my son, I learned a very important lesson: always be the advocate for my children. I learned to fight for them and defend their identity as a child of God, even in the medical world. I learned to speak the truth of God and declare that the cross of Christ alone has the final word over their precious lives.

Job knew this same principle to be true of his Heavenly Father when he declared:

Job knew that God was his advocate, his great defender. And even through his moments of doubt and trial, he continually praised God. He trusted God’s character and knew that He would deliver, defend, and advocate for him.

Since the days of Job, nothing about God’s character has changed. He sent His perfect son Jesus to the earth to die a horrible death, and to be resurrected with power and fullness of life in His hands. Jesus has been through everything we will ever go through, and He sympathizes with us in our weakness.

“For we do not have a high priest who is unable to empathize with our weaknesses, but we have one who has been tempted in every way, just as we are—yet he did not sin. Let us then approach God’s throne of grace with confidence, so that we may receive mercy and find grace to help us in our time of need” (Hebrews 4:15-16).

Even greater than that, He left the Holy Spirit here with us as a helper and advocate for us!

“And I will ask the Father, and he will give you another advocate to help you and be with you forever—” (John 14:16).

We can rest in knowing that trials are only temporary. That suffering won’t last forever, but that God is with us. He will advocate for us, and He will be our great defender (Psalm 18). How great it is to trust in and put all our hope in Heavenly Father like this!

1 Kings 20:27-28 27When the Israelites were also mustered and given provisions, they marched out to meet them. The Israelites camped opposite them like two small flocks of goats, while the Arameans covered the countryside. 28The man of God came up and told the king of Israel, “This is what the LORD says: ‘Because the Arameans think the LORD is a god of the hills and not a god of the valleys, I will deliver this vast army into your hands, and you will know that I am the LORD.'”

The patience and mercy of God is amazing. God is still trying to convert evil Ahab. Israel is only a remnant of what it once was. When a king came to plunder Israel, the LORD told Ahab that He would give him the victory so that he would know the LORD was God. He had already seen fire from heaven, the end of a three-year drought at the prophet’s word, and the miraculous preservation of the prophet. Why would God continue to deal with him? The answer is because God is not willing that any should perish. He seeks after the hardest hearts and gives them more proof.

He gave him one victory, but the enemy came again. This second time the enemy was doomed before they started. The people had begun to return to Jehovah because of the ministry of Elijah. The enemy said that Jehovah was a god of the hills and not the plains. Oops! Limiting God is a sure way to end up with your foot in your mouth. He is God over all and will gladly prove it.

Despite being vastly outnumbered, the little bands of Israelites defeated the army of the Arameans. God caused a wall to fall on 27,000 of them. Ahab listened carefully to the prophet’s instruction going into the battle but did not seek his advice on what to do once he had the victory. He reverted to leaning on his own wisdom and made a costly mistake. How like us! Under pressure in an impossible situation, we seek God and He delivers us. Then we go back to our own ways. Keep seeking! Keep obeying!

Remember: We need God’s instruction in difficulties, but we also need it when things are going well.

For meditation: The apostle Paul knew what suffering for Christ’s sake really means (2 Corinthians 11:23-27). It was something he avoided when he could appeal to the law, (Acts 22:25-29) and he did not pretend to be persecuted when he brought trouble upon himself (Acts 23:1-5).

Streams in the Desert – June 29

Yes, they saw the giants, but Caleb and Joshua saw God! Those who doubt say, “We be not able to go up.” Those who believe say, “Let us go up at once and possess it, for we are well able.”

Giants stand for great difficulties; and giants are stalking everywhere. They are in our families, in our churches, in our social life, in our own hearts; and we must overcome them or they will eat us up, as these men of old said of the giants of Canaan. The men of faith said, “They are bread for us; we will eat them up.” In other words, “We will be stronger by overcoming them than if there had been no giants to overcome.”

Now the fact is, unless we have the overcoming faith we shall be eaten up, consumed by the giants in our path. Let us have the spirit of faith that these men of faith had, and see God, and He will take care of the difficulties.
–Selected

It is when we are in the way of duty that we find giants. It was when Israel was going forward that the, giants appeared. When they turned back into the wilderness they found none.

There is a prevalent idea that the power of God in a human life should lift us above all trials and conflicts. The fact is, the power of God always brings a conflict and a struggle. One would have thought that on his great missionary journey to Rome, Paul would have been carried by some mighty providence above the power of storms and tempests and enemies. But, on the contrary, it was one long, hard fight with persecuting Jews, with wild tempests, with venomous vipers and all the powers of earth and hell, and at last he was saved, as it seemed, by the narrowest margin, and had to swim ashore at Malta on a piece of wreckage and barely escape a watery grave.

Was that like a God of infinite power? Yes, just like Him. And so Paul tells us that when he took the Lord Jesus Christ as the life of his body, a severe conflict immediately came; indeed, a conflict that never ended, a pressure that was persistent, but out of which he always emerged victorious through the strength of Jesus Christ.

The language in which he describes this is most graphic. “We are troubled on every side, yet not distressed; perplexed, but not in despair; persecuted, but not forsaken; cast down, but not destroyed, always bearing about in the body the dying of the Lord Jesus, that the life also of Jesus might be manifested in our body.”

What a ceaseless, strenuous struggle! It is impossible to express in English the forcible language of the original. There are five pictures in succession. In the first, the idea is crowding enemies pressing in from every side, and yet not crushing him because the police of heaven cleared the way just wide enough for him to get through. The literal translation would be, “We are crowded on every side, but not crushed.”

The second picture is that of one whose way seems utterly closed and yet he has pressed through; there is light enough to show him the next step. The Revised Version translates it, “Perplexed but not unto despair.” Rotherham still more literally renders it, “Without a way, but not without a by-way.”

The third figure is that of an enemy in hot pursuit while the divine Defender still stands by, and he is not left alone. Again we adopt the fine rendering of Rotherham, “Pursued but not abandoned.”

The fourth figure is still more vivid and dramatic. The enemy has overtaken him, has struck him, has knocked him down. But it is not a fatal blow; he is able to rise again. It might be translated, “Overthrown but not overcome.”

Once more the figure advances, and now it seems to be even death itself, “Always bearing about in the body the dying of the Lord Jesus.” But he does not die, for “the life also of Jesus” now comes to his aid and he lives in the life of another until his life work is done.

The reason so many fail in this experience of divine healing is because they expect to have it all without a struggle, and when the conflict comes and the battle wages long, they become discouraged and surrender. God has nothing worth having that is easy. There are no cheap goods in the heavenly market. Our redemption cost all that God had to give, and everything worth having is expensive. Hard places are the very school of faith and character, and if we are to rise over mere human strength and prove the power of life divine in these mortal bodies, it must be through a process of conflict that may well be called the birth travail of a new life. It is the old figure of the bush that burned, but was not consumed, or of the Vision in the house of the Interpreter of the flame that would not expire, notwithstanding the fact that the demon ceaselessly poured water on it, because in the background stood an angel ever pouring oil and keeping the flame aglow.