Walking in the Spirit 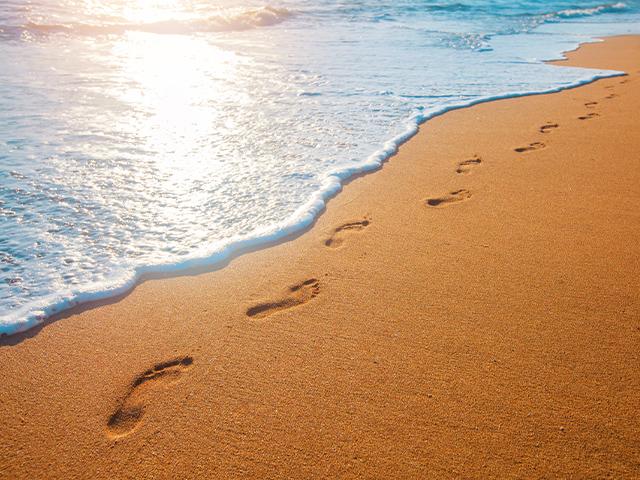 The Apostle Paul makes a profound statement when he declares that if we live in the Spirit, we should also walk in the Spirit. He is referring to Ezekiel 36:26-27, where God gives us this wonderful promise:

“I will give you a new heart and put a new spirit within you; I will take the heart of stone out of your flesh and give you a heart of flesh. I will put My Spirit within you and cause you to walk in My statutes, and you will keep My judgments and do them.”

God gives us a new heart and a new Spirit, regenerating our innermost being. He causes us to walk in His ways. If we are tempted to disobey Him, His Spirit within will check us and say, “No, you’re not going to do that today! That person died. He is not alive in you anymore because you are alive in Me.”

When things are not going well, we must stop and dig down deep to hear His response in our hearts. Think of the acronym HALT: Hungry, Angry, Lonely, Tired.

Are you hungry? His Word is your bread.

Are you angry? The Holy Spirit is not mad at anyone.

Are you lonely? He is always with you.

Are you tired? When you wait upon Him, He will renew your strength.

To walk in the Spirit, we must recognize that He abides in us. In Him we find rest. He is our guide, our helper, and our advocate. He is our very present help in time of trouble. The more we are conscious of His presence, the more we are aware that His promise is true:

He is with us to the end.

Once we are rooted and grounded in His love and presence, we change our thinking about who and where He is. I have been to some worship services where His presence is so tangible that people can barely stand. At other times, that physical feeling is not there. Has the Holy Spirit left? No, He is not far away. Deuteronomy 30:14 tells us,

“But the word is very near you, in your mouth and in your heart, that you may do it.”

Yielding to His Guidance

In Acts 8, Luke describes a great persecution that arose against the church. As a result, believers were scattered and proclaimed the Gospel everywhere they went.

Among them was Philip, a deacon who went into Samaria to preach. God did amazing miracles as the lame walked, Simon the Sorcerer was converted, and many people were saved. In the midst of this, Luke says in Acts 8:26:

Now an angel of the Lord spoke to Philip, saying, “Arise and go toward the south along the road which goes down from Jerusalem to Gaza.”

Then Luke adds, This is desert.

Imagine you are having a great revival with miracles happening all around you in Samaria, near the Sea of Galilee and the Jordan River. Suddenly an angel tells you to go to the desert. You might be tempted to answer, “No! There is nothing in the desert. I should stay here with all these people who need to be discipled.”

Yet Philip is walking in the Spirit, and he obeys. He goes to that desert road where he overtakes an Ethiopian in a chariot, and from that meeting the church of Ethiopia is born. This is because someone is not only filled with the Spirit—he also hears and obeys the prompting of God.

2 Kings 19:1-2 1When King Hezekiah heard this, he tore his clothes and put on sackcloth and went into the temple of the LORD. 2He sent Eliakim the palace administrator, Shebna the secretary and the leading priests, all wearing sackcloth, to the prophet Isaiah son of Amoz.

The Assyrian captain came to Jerusalem and shouted his propaganda to all the people. He said that the gods of other nations had not been able to deliver them and neither would Jehovah deliver Jerusalem.

When the officials brought the news to Hezekiah, he tore his clothes (a sign of anguish). He put on sackcloth (the rough garment was a sign of self- humiliation). Then he went to the temple of the LORD. In our last devotional we read that Hezekiah was a man who trusted in the LORD. When trouble comes you will turn to the place you really trust, regardless of what you profess.

Though Hezekiah was a righteous king, the LORD had allowed the defeat of many of the fortified cities of Judah. Just because you follow God with all your heart does not mean there will not be defeats and hardship. But we know where to turn. He went to the temple to seek God.

He also sent his whole staff in sackcloth to the prophet Isaiah. The prophet of the Old Testament was the spokesman for God. Hezekiah knew he needed to hear from God. The outcome of his godly response was an angel of God slaying 185,000 of the enemy and sending the remainder back to Assyria where their general was murdered. Archeologists have found evidence that verifies that Jerusalem was the one city that Assyria did not conquer at that time. God is faithful to those who place their trust in Him.

Meditation: Trouble may come our way. We may suffer defeats. But if we humble ourselves and place our hope in God, we will ultimately prevail.

Faith Grows amid Storms – Streams in the Desert – July 12

He hath acquainted himself with my beaten path. When he hath searched me out, I shall come out shining (Job 23:10, free translation).

“Faith grows amid storms” — just four words, but oh, how full of import to the soul who has been in the storms!

Faith is that God-given faculty which, when exercised, brings the unseen into plain view, and by which the impossible things are made possible. It deals with supernaturals. But it “grows amid storms”; that is, where there are disturbances in the spiritual atmosphere. Storms are caused by the conflicts of elements; and the storms of the spiritual world are conflicts with hostile elements. In such an atmosphere faith finds its most productive soil; in such an element it comes more quickly to full fruition.

The staunchest tree is not found in the shelter of the forest, but out in the open where the winds from every quarter beat upon it, and bend and twist it until it becomes a giant in stature this is the tree which the mechanic wants his tools made of, and the wagon-maker seeks.

So in the spiritual world, when you see a giant, remember the road you must travel to come up to his side is not along the sunny lane where wild flowers ever bloom; but a steep, rocky, narrow pathway where the blasts of hell will almost blow you off your feet; where the sharp rocks cut the flesh, where the projecting thorns scratch the brow, and the venomous beasts hiss on every side.

It is a pathway of sorrow and joy, of suffering and healing balm, of tears and smiles, of trials and victories, of conflicts and triumphs, of hardships and perils and buffetings, of persecutions and misunderstandings, of troubles and distress; through all of which we are made more than conquerors through Him who loves us.

“Amid storms.” Right in the midst where it is fiercest. You may shrink back from the ordeal of a fierce storm of trial…but go in! God is there to meet you in the center of all your trials, and to whisper His secrets which will make you come forth with a shining face and an indomitable faith that all the demons of hell shall never afterwards cause to waver.
–E. A.

The Right to Learn

The culture that Mary and Martha lived in did not affirm a woman’s right to learn—­especially not from a rabbi and especially not when food had to be prepared!

But that not did not resonate with Jesus. He chided Martha and said that Mary had made the better choice. With these words and by welcoming Mary into the learning circle, Jesus broke a cultural norm, affirming the right of a woman to learn and thereby opening doors socially and economically for them as well.

There is much evidence that education is the most important thing that can help lift people out of poverty. Learning to read and write, to count, to think critically, and to acquire skills that advance employment—all of these are empowering keys that open doors to a better future.

In many communities around the world, the ones least likely to receive a life-building education are girls. More than 130 million school-age girls are not in school. That makes them more vulnerable to exploitation, limits their economic advancement, and violates their rights. That is to everyone’s loss.

But thanks to a massive global effort, change is happening. Thank God that we can support organizations committed to removing barriers and creating safe spaces for girls to learn and grow in.

Jesus, your inclusion and empowering of people is inspiring. May women and girls everywhere receive education toward a better future, and may they learn about you, the greatest teacher. Amen.

But in fact the ministry Jesus has received is as superior to theirs as the covenant of which he is mediator is superior to the old one, since the new covenant is established on better promises.
Hebrews 8:6
DailyVerses.net