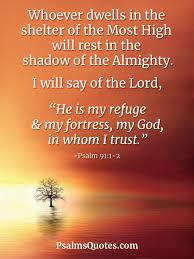 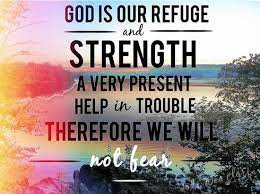 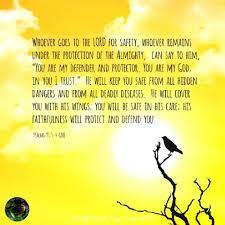 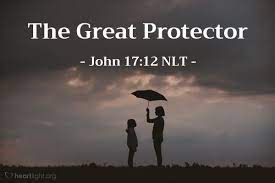 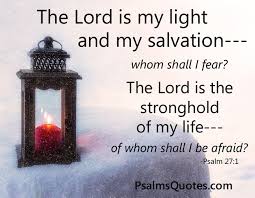 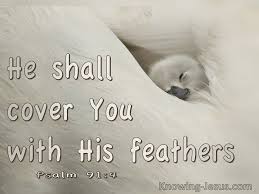 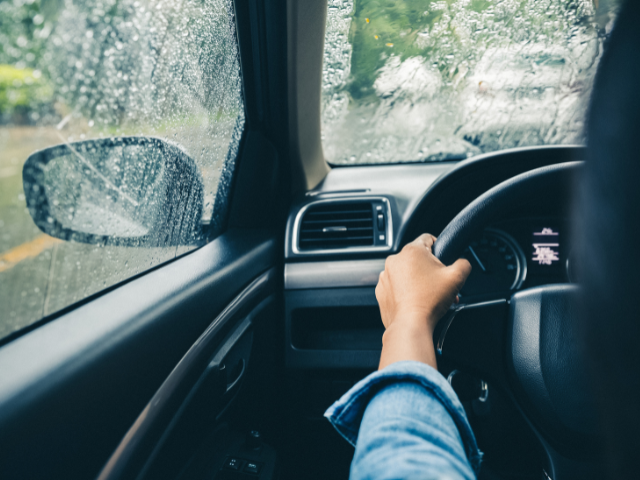 I recently attended a Bible study on Psalm 23. We are all probably familiar with the first verse of that psalm, “The Lord is my Shepherd.” For me, this has always conjured up images of a gentle leader providing perfect guidance. A shepherd certainly does that. But during this study, I learned that the shepherd will lie down at the gate to the field where the sheep are kept to protect them from all harm.

As I listened to the teacher, I was reminded of all the times the Lord has protected me, and I began writing them down. I thought of 10 right away, and the list is still growing. But one example has always stood out to me.

I was preparing to drive a group of teenagers to a church meeting. As I pumped gas into my car a powerful feeling came over me that got my full attention and I heard in my mind the words, “Pray for protection.”

My thoughts turned to the precious cargo I would be transporting that evening as I prayed.

That night, as we were getting close to our destination, I saw traffic cones all along the side of the road. It was pitch black as there were no streetlights on this road. Suddenly, a car came out from between the cones and passed in front of me, and I had no time to even touch my brakes. The car came so close in front of me that it seemed like metal went through metal.

This was in the days before airbags and I can’t imagine what would have happened that day if I had plowed into that car at full speed. To this day, it fills my heart with gratitude to the Lord.

I used to wonder why the Lord didn’t just protect us. Why did He ask me to pray? Now, I realize, had He just protected us, I would have thought, “Oh my gosh, that was close!” and went on my way. But because of the experience while pumping gas, I knew beyond the shadow of a doubt that this was God at work, watching over His precious children.

I remember my pastor once told a story about the day his daughter was in a car accident. He said at that moment he would have tried to run through a wall if he had to, in order to get to her.

As I heard my pastor say that I thought, “What a picture of our Heavenly Father.”

To be sure my pastor is a loving father, but it’s not possible for anyone to love us more than our Heavenly Father.

“… the glory of the LORD will protect you from behind.“

That means He’s always got my back. He’s always looking out for me and, like my pastor, when one of his kids is in trouble, He will move heaven and earth to get to them.

‘Repent ye, and believe the gospel,’ is advice to the young beginner, and it is advice to the old grey-headed Christian, for this is our life all the way through—‘Repent ye, and believe the gospel.’ St Anselm, who was a saint—and that is more than many of them who were called so—St Anselm once cried out ‘Oh! sinner that I have been, I will spend all the rest of my life in repenting of my whole life!’ And Rowland Hill, whom I think I might call St Rowland, when he was near death, said he had one regret, and that was that a dear friend who had lived with him for sixty years would have to leave him at the gate of heaven. ‘That dear friend,’ said he, ‘is repentance; repentance has been with me all my life, and I think I shall drop a tear,’ said the good man, ‘as I go through the gates, to think that I can repent no more.’ Repentance is the daily and hourly duty of a man who believes in Christ; and as we walk by faith from the wicket gate to the celestial city, so our right-hand companion all the journey through must be repentance. Why, dear friends, the Christian man, after he is saved, repents more than ever he did before, for now he repents, not merely of overt deeds, but even of imaginations. He will take himself to task at night, and chide himself because he has tolerated one foul thought; because he has looked on vanity, though perhaps the heart has gone no further than the look of lust; because the thought of evil has flitted through his mind—for all this he will vex himself before God; and were it not that he still continues to believe the gospel, one foul imagination would be such a plague and sting to him, that he would have no peace and no rest.

For meditation: We tend to regard repentance as a step to be taken to begin the Christian life and become a member of Christ’s church, but repentance is a command which he himself has issued to established Christian churches and individuals in them (Revelation 2:5,16,21–22; 3:3,19). Repentance is started, not finished, at conversion.

Dare to Believe God – Streams in the Desert – July 13

God… calleth those things which be not as though they were (Romans 4:17).

What does that mean? Why Abraham did this thing: he dared to believe God. It seemed an impossibility at his age that Abraham should become the father of a child; it looked incredible; and yet God called him a “father of many nations” before there was a sign of a child; and so Abraham called himself “father” because God called him so. That is faith; it is to believe and assert what God says. “Faith steps on seeming void, and finds the rock beneath.”

Only say you have what God says you have, and He will make good to you all you believe. Only it must be real faith, all there is in you must go over in that act of faith to God.
–Crumbs

Be willing to live by believing and neither think nor desire to live in any other way. Be willing to see every outward light extinguished, to see the eclipse of every star in the blue heavens, leaving nothing but darkness and perils around, if God will only leave in thy soul the inner radiance, the pure bright lamp which faith has kindled.
–Thomas C. Upham

The moment has come when you must get off the perch of distrust, out of the nest of seeming safety, and onto the wings of faith; just such a time as comes to the bird when it must begin to try the air. It may seem as though you must drop to the earth; so it may seem to the fledgling. It, too, may feel very like falling; but it does not fall — it’s pinions give it support, or, if they fail, the parent birds sweeps under and bears it upon its wings.

Even so will God bear you. Only trust Him; “thou shalt be holden up.” “Well, but,” you say, “am I to cast myself upon nothing?” That is what the bird seems to have to do; but we know the air is there, and the air is not so unsubstantial as it seems. And you know the promises of God are there, and they are not unsubstantial at all. “But it seems an unlikely thing to come about that my poor weak soul should be girded with such strength.” Has God said it shall? “That my tempted, yielding nature shall be victor in the strife.” Has God said it shall? “That my timorous, trembling heart shall find peace?” Has God said it shall?

For, if He has, you surely do not mean to give Him the lie! Hath he spoken, and shall He not do it? If you have gotten a word — “a sure word” of promise — take it implicitly, trust it absolutely. And this sure word you have; nay, you have more — you have Him who speaks the word confidently.

Today’s psalm records one of King David’s prayers. It reveals how he praised the Lord, cried out about his troubles, and asked God to “hear the sound of [his] pleadings” (v. 2) and not be silent. We all want to pray effectively, but to do so, we must avoid certain hindrances:

Wavering faith (James 1:5-8). Doubts about God’s character or dependability diminish our trust in Him. In our uncertainty, we’re more likely to be tossed back and forth by our feelings instead of being grounded in truth.

Wrong motives (James 4:3). God wants us to pray for His will to be done—not for selfish desires to be granted.

Conflict in relationships (1 Peter 3:7). We can’t expect the Lord to answer our prayers if we’re not treating other people as He says we should.

Indifference to God’s Word (Proverbs 28:9). If we’re unwilling to listen to the Lord and obey His commands, our prayers become an abomination to God.

A strong prayer life comes with a godly pattern of seeking to know and please the Lord, not ourselves. Consider whether any of the above issues need correction. Then, start by personalizing the prayers you read in the Psalms or elsewhere in God’s Word.