Did I Lose My Way? 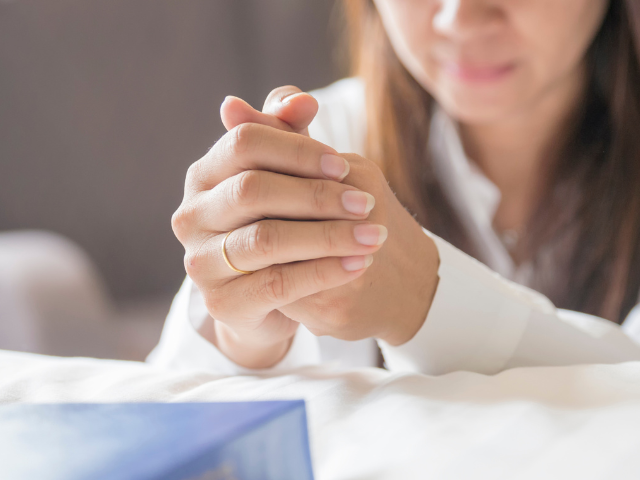 Sometimes the ordinary things of this world lead us to feel that we no longer have the strength to achieve what we desire and yearn for. In simple words, we feel that our soul is fainting. However, we read that David, in the midst of adversity, remembered that God was his refuge and the place where he could regain strength that he had lost.

I love you, Lord, my strength. The Lord is my rock, my fortress and my deliverer; my God is my rock, in whom I take refuge, my shield and the horn of my salvation, my stronghold (Psalm 18:1-2 NIV).

In the middle of a test, David remembered, sang, and confessed with his mouth that his strength did not depend on himself, but rather on someone higher, stronger and with more wisdom than he had — the quintessential creator God.

Even in his weakness, David recorded and confessed to God that he loved Him with all his life and the strength he had left. He knew that his strength would prevail like that of the buffalo. The moments of anguish that David went through repeatedly had a common denominator, even after sin and discouragement set in. David knew that if at any time he walked away from God, He would be there for David if he had enough courage to turn around, repent and seek only Him.

I remember the time I was in a car accident a few years ago. I was a young man and enthusiastically debuting my first car. Unfortunately, inexperience on a rain-soaked road caused me to lose control of my vehicle and it overturned. It was one of the most terrible experiences of my life. I remember that when I was inside the overturned vehicle, I earnestly prayed to God to let me live and I asked Him with all my might. In that place, praying alone in the dark and with no one around to help me, I remembered the loneliness that David felt so many times. I also remembered that God never leaves us and takes care of us like a mother hen takes care of her chicks. Suddenly, people appeared, no doubt sent by God to help me by illuminating my literal darkness with light and hope in that moment of great anguish.

Psalm 18 tells us how God protects us from evil and how His immense love leads us from glory to glory. It also gives us clues on how to overcome circumstances and our spiritual enemies who, although unseen, attack us in our daily lives.

Without a doubt, God is the same yesterday, today, and forever and His Word actively achieves wholeness and perfection in our lives. In Psalm 19:10 we read that the Word of God is pure and always stands firm. His decisions are both true and just. The following of the Word and his certainty that God’s advice is true and just, are part of what sustained David in hard times.

In my daily work with CBN Guatemala, I have learned that situations have better outcomes if I let myself be guided by what the Bible says. I know that if I have problems to solve, God is the only one who can guide me to make the best decision, and this brings spectacular benefits. Sometimes things don’t turn out the way we want, but without a doubt, God is in control and knows what is best for our benefit and that of CBN.

Our daily circumstances will not always be joyful, but if we are certain that God is our protection and we are guided by His Word, we will be guaranteed success in our lives, because we are confident that God welcomes what we think and say before Him.

1 Chronicles 4:9-10 9Jabez was more honorable than his brothers. His mother had named him Jabez, saying, “I gave birth to him in pain.” 10Jabez cried out to the God of Israel, “Oh, that you would bless me and enlarge my territory! Let your hand be with me, and keep me from harm so that I will be free from pain.” And God granted his request.

A book on this passage became a best seller. The author aptly describes all the implications of this passage, of which I will try to make a brief summary. Jabez means pain. Imagine having a name like that! A name was often an indication of destiny. Jabez refused to accept the destiny handed to him in his name. Instead of yielding to that definition, he stood as a man more honorable than his brothers. He held himself to a higher standard.

Reaction to difficulty will make or break a person. If you see it as an excuse to justify self and compromise, it will cripple you. If you see it as a reason to strive to an even greater extent, it can be your prodding to a life above the norm. Jabez chose the latter. He asked God to change his destiny. He asked for the blessing of God to be on his life and for his territory to be enlarged. Territory implied the space of his influence. We need to ask God to increase our ministry for the sake of the Kingdom of God. Do you desire to be even more effective?

Consider: Do you feel trapped by expectations others have placed on you, or your environment, or abilities? If you are asking in line with God’s will, He will help you break those boundaries so you can be all God wants you to be.

Assyria was marching against Ethiopia, the people of which are described as tall and smooth. And as the armies advance, God makes no effort to arrest them; it seems as though they will be allowed to work their will. He is still watching them from His dwelling place, the sun still shines on them; but before the harvest, the whole of the proud army of Assyria is smitten as easily as when sprigs are cut off by the pruning hook of the husbandman.

Is not this a marvelous conception of God–being still and watching? His stillness is not acquiescence. His silence is not consent. He is only biding His time, and will arise, in the most opportune moment, and when the designs of the wicked seem on the point of success, to overwhelm them with disaster. As we look out on the evil of the world; as we think of the apparent success of wrong-doing; as we wince beneath the oppression of those that hate us, let us remember these marvelous words about God being still and beholding.

There is another side to this. Jesus beheld His disciples toiling at the oars through the stormy night; and watched though unseen, the successive steps of the anguish of Bethany, when Lazarus slowly passed through the stages of mortal sickness, until he succumbed and was borne to the rocky tomb. But He was only waiting the moment when He could interpose most effectually.

Is He still to thee? He is not unobservant; He is beholding all things; He has His finger on thy pulse, keenly sensitive to all its fluctuations. He will come to save thee when the precise moment has arrived.
–Daily Devotional Commentary

Whatever His questions or His reticences, we may be absolutely sure of an unperplexed and undismayed Saviour.

When we have compassion on those who have wronged us, God’s peace follows.

It seems some people are born knowing what they want to do with their lives. Others jump around, trying one thing after another, never finding a fit. But both groups are in error—no matter how successful they are (or aren’t) in the world’s eyes—if they never asked God to help them discern His will.

Psalm 103:19 tells us, “The LORD has established His throne in the heavens, and His sovereignty rules over all.” This means there is nothing left to chance, no detail so small that the Almighty doesn’t care enough to concern Himself with it. Thankfully, we don’t have to work our entire life wondering if we’re headed in the right direction. Instead, our loving Father both ordains our steps and helps us grow into who we’re meant to be. Like David, we can take comfort in the Lord’s perfect provision and sing, “I cry out to God Most High, to God who fulfills his purpose for me” (Ps. 57:2 ESV).

In him we have redemption through his blood, the forgiveness of sins, in accordance with the riches of God’s grace.
Ephesians 1:7
DailyVerses.net

Do nothing out of selfish ambition or vain conceit. Rather, in humility value others above yourselves.
Philippians 2:3
DailyVerses.net