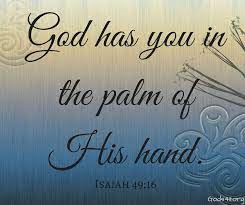 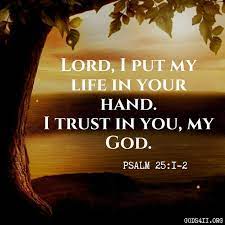 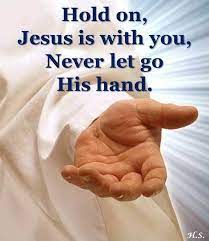 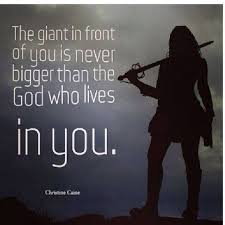 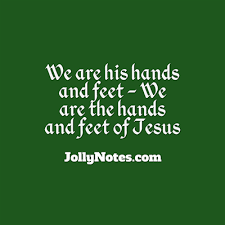 Our Lives Are in God’s Hands 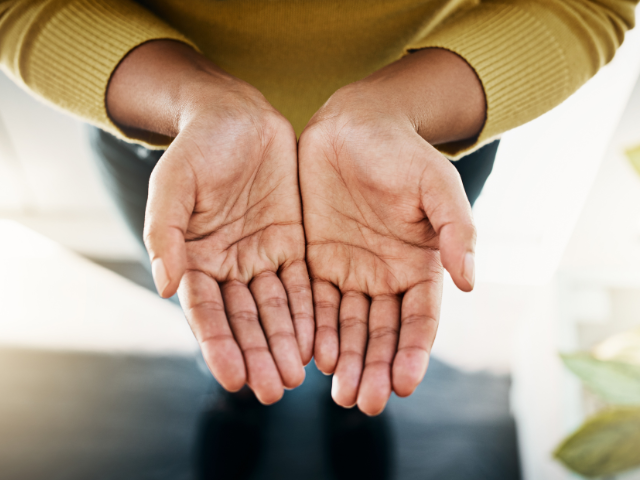 What are God’s plan and purposes for your life?

Whenever I ask myself this question and then learn about the life of God’s servants in the Bible, He always reminds me that it is about Him — for His glory, for His plans to be fulfilled and His will to be done.

Personally, my understanding is that God doesn’t just have plans for my life, but rather, He has plans with my life. This plain and simple word that I have come to understand has changed my way of seeing what God reveals to me every day and what He does.

A person like Paul became an instrument in the hands of God, who sought above all to make the name of Jesus known to non-Jews. God completely changed who he was and accomplished His will with him.

As we read the 28th chapter of Acts, we can see that everything that is written there is fulfilling God’s purpose with Paul’s life. God preserved his life and that of those who accompanied him in the storm and the shipwreck. Arriving on an island to testify, he did not die of a snake bite because God’s plan with his life had not yet been fulfilled. He preached about Jesus on his way from Malta to Rome and the times he was in those places, God’s plan was being fulfilled with the life of Paul and with the people who heard the Gospel of Jesus Christ.

Arriving in Rome, he spoke to the Jews who were there and continued to fulfill God’s purpose. And so, it was with Paul until the end of his days and in his letters to the people in the places where he had been, leaving instructions on life and doctrine for the church of God.

And this is only what is mentioned in chapter 28 of Acts. But if we remember everything Paul experienced to fulfill what God had commanded him, we know that he was stoned, persecuted, imprisoned, a couple of times they already left him for dead, more than once he received 39 lashes, and all this just to win Christ, leaving everything aside, even his titles and position to serve God.

Something I learn from the life of Paul is to accept and endure what God allows, to let God perfect Himself in weakness, and also to wait for God’s will with me. Today, I can practice my career and serve others and work for God, leaving my life in His hands and always giving glory to God in everything, and for everything.

Our great and wonderful God used and will always use his children to fulfill His plans and purposes.

Perhaps, instead of thinking about what God has for our lives, we should consider what God is going to do with our lives, serve Him and believe that this is the best for us. Paul did what God had told him to do and was diligent in doing His will. God’s will is pleasing and perfect (Romans 12.2).

I think we must understand that following His path, living our lives only for God and serving Him, is to know and understand that God is doing His will with us, as Paul writes:

It is God who works in you both to will and to do for His good pleasure (Philippians 2:13 NKJV).

And for this reason, we must always be ready and attentive, able to raise our hands and say, “send me” (Isaiah 6:8). Would you pray a prayer to the Lord to use your life and place you in His perfect will, with Him?

We can learn to be always grateful for the will of God because we are instruments in His hands.  We can also say that God’s plan with our lives is being fulfilled for His glory, understanding that when those plans are fulfilled, we will also say:

1 Chronicles 22:5,14 5David said, “My son Solomon is young and inexperienced, and the house to be built for the LORD should be of great magnificence and fame and splendor in the sight of all the nations. Therefore I will make preparations for it.” So David made extensive preparations before his death.

14“I have taken great pains to provide for the temple of the LORD a hundred thousand talents of gold, a million talents of silver, quantities of bronze and iron too great to be weighed, and wood and stone. And you may add to them.

Before David’s death he had one great vision. He wanted to prepare everything for a house of God, the temple. The tabernacle (tent of meeting) had served the purpose of a place to meet and worship up until this time. Now that they had settled and defeated their enemies, a fixed place could be constructed. David was not allowed to build it because of all the blood he had shed in battle. The house of the LORD was to be a place of peace. But David didn’t just leave it all up to his son, Solomon. He did all that he could to amass the materials and laborers and create the plans.

The record of the amount of materials collected is staggering! David gave it his all. In life we will have God given desires that we cannot work directly on. That does not mean we cannot give and help in many ways. David appointed singers, made instruments, wrote psalms, appointed construction workers, imported materials and many other things that became a part of the temple, even though he would never see it. Most of the fruit from a surrendered life will not be seen in our lifetime. Only the view from eternity will tell the real tale of our life’s investment in heaven.

David invited his son to add even more. He was not making a monument to self. He wanted the very best for the worship of God, and the more added the better. He encouraged others to give to the great cause. Though that building was temporal, it was a picture of an eternal one.

Consider: How much more zealous should we be to see the temple of living stones built!

Streams in the Desert – July 27

On this side of the windows, Heaven is the same rich storehouse as of old. The fountains and streams still overflow. The treasure rooms are still bursting with gifts. The lack is not on my side. It is on yours. I am waiting. Prove Me now. Fulfill the conditions, on your part. Bring in the tithes. Give Me a chance.
–Selected

I can never forget my mother’s very brief paraphrase of Malachi 3:10. The verse begins, “Bring ye the whole tithe in,” and it ends up with “I will pour” the blessing out till you’ll be embarrassed for space. Her paraphrase was this: Give all He asks; take all He promises.”
–S. D. Gordon

The ability of God is beyond our prayers, beyond our largest prayers! I have been thinking of some of the petitions that have entered into my supplication innumerable times. What have I asked for? I have asked for a cupful, and the ocean remains! I have asked for a sunbeam, and the sun abides! My best asking falls immeasurably short of my Father’s giving: it is beyond that we can ask.
–J. H. Jowett

All the rivers of Thy grace I claim,
Over every promise write my name.
(Ephesians 1:8-19).

“From the outside to the inner gate were chambers for the singers in the inner courtyard.” – Ezekiel 40:44 NASB

In the vision God gave Ezekiel about the temple, he saw chambers for singers. These were places just for musicians. We have a sense that music was everywhere! We can imagine how glorious the sounds must have been as the music echoed throughout the chambers.

This picture reminds us of the importance of music to God. Admonitions to worship God through music fill the Bible. The Bible also calls us to praise Him with instruments and voices (Psalm 150:3-5).

Music has been central to revivals throughout the centuries. In 1538, Martin Luther wrote, “With all my heart I would extol the precious gift of God in the noble art of music.” He described how God gave this precious gift to remind us that we are created to praise and magnify the Lord.

The world often uses music to entertain and celebrate the flesh, to exalt performers. But we need to remember that God created music and that music is part of His creation!

Today remember that God gave you music to provide an instrument of praise for you to worship Him with words and instruments. Celebrate the wonders of His creation through music!

Reflection Question: How do your favorite worship songs praise God?

Let your gentleness be evident to all. The Lord is near.
Philippians 4:5
DailyVerses.net