The God Who Quenches Thirst 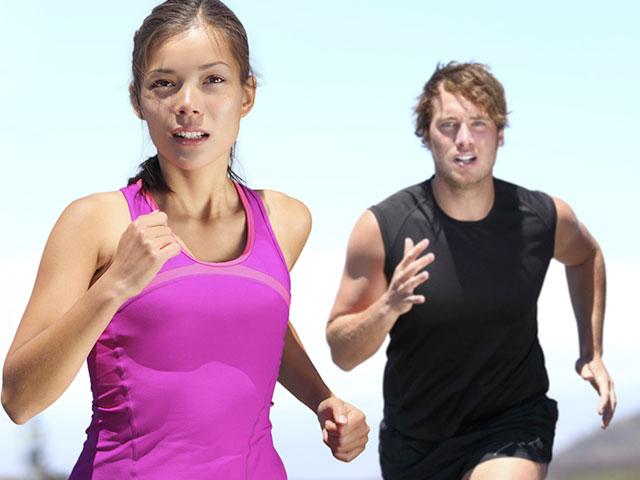 I enjoy long distance running. There is something exhilarating about the sound of my feet hitting the pavement whether it is the hottest day of summer, the coldest chill in the winter, or the most comfortable temperatures of spring or fall. In addition, the physical, mental, emotional, and spiritual benefits that a run provides me are amazing. Whether my running pace is my fastest yet or my slowest in months, I often receive clarity about concerns that I was uncertain about before my run. Some of my sweetest moments with God have occurred during my hardest runs as my body was tired but my mind recalled Bible verses that not only encouraged me to endure my run but also to endure life’s hardships.

One thing that most of my runs have in common, no matter the level of difficulty, is thirst. After exerting energy and sweat, I long for a cold drink of water to quench my thirst. On days with dry air and over 90-degree temperatures, my thirst is even greater, and I seek water immediately after the run concludes.

In Psalm 63:1 the psalmist David said,

God, you are my God; I earnestly seek you. I thirst for you; my body faints for you in a land that is dry, desolate, and without water. (CSB)

David acknowledges his relationship with God and then reveals that he seeks God earnestly amid everything that is occurring in his life. He even compares his seeking of the Lord to thirst that can only be quenched by finding God.

Can you remember a time when you were thirsty? After you took a drink, it was likely satisfying and relieving.

If I run and do not properly hydrate with water and other nutrients, I may feel faint until I properly replenish. The psalmist David shared that his body faints for God in a land that is dry, desolate, and without water (Psalm 63:1). David’s longing for God was deep enough to touch both his spirit and body. Like David, we should long for replenishment of our weary spirits and bodies through spending time with God.

I have often gone to worship God in my home or in church feeling weary in my body and have come away with a renewed strength not only to run a physical race as a long-distance runner but to also run my most important race—a spiritual race as a Christian. Hebrews 12:1 says,

Therefore, since we also have such a large cloud of witnesses surrounding us, let us lay aside every hindrance and the sin that so easily ensnares us. Let us run with endurance the race that lies before us.

During my time of worship, I am reminded that I must lay aside all things that hinder me from running this Christian race and any sin that threatens to trap me and keep me from doing God’s will within my life. The only way that we can live a life that aims to be free from sin is to keep our focus on God and to receive His strength to turn away from sin. David said in Psalm 63:2,

After Solomon finished praying, fire fell from heaven and consumed the sacrifices. It was a sign that God was involved in all that was done, and it was acceptable as a shadow of the heavenly temple. The glory of the Lord so filled the temple that the priests could not minister. Everyone fell on their faces and worshiped with the words they had sung earlier, “He is good; His love endures forever.” Then Solomon sent the people home, and they were full of joy because of all God had done for David and Solomon and for His people. When we know God is at work in our lives for our good, we can be full of joy. When we see He is involved in lives of our leaders, we can be full of joy for we know they will be leading according to His direction.

Then when all the festivity was over, the LORD appeared to Solomon. He promised that He had heard the prayer of Solomon. He gave Solomon the assurance that his eyes and ears would be open toward prayers directed to that place. Even today the Jews claim this promise, praying at the Western Wall.

God chose that place for Himself as a temple of sacrifice. Almost 1000 years later, on that same mountain, He would present Himself as the sacrifice for the sins of the world. He had indeed chosen that place as a temple of sacrifice. Sometimes, when the LORD speaks, He has much more in mind than we can fathom. His words are always filled with a depth that is beyond our comprehension. We do as He leads, and then He does the impossible and fills our meager labor with greater importance than we can imagine. Then He says, “Well done”, as if we had a hand in all the greatness He accomplishes. He is good and His love endures forever!

Consider: Your obedience results in more fruit than you can imagine. Praise God!

Streams in the Desert – August 2

How deep He does not say. The depth into which we launch will depend upon how perfectly we have given up the shore, and the greatness of our need, and the apprehension of our possibilities. The fish were to be found in the deep, not in the shallow water.

So with us; our needs are to be met in the deep things of God. We are to launch out into the deep of God’s Word, which the Spirit can open up to us in such crystal fathomless meaning that the same words we have accepted in times past will have an ocean meaning in them, which renders their first meaning to us very shallow.

Into the deep of the Atonement, until Christ’s precious blood is so illuminated by the Spirit that it becomes an omnipotent balm, and food and medicine for the soul and body.

Into the deep of the Father’s will, until we apprehend it in its infinite minuteness and goodness, and its far-sweeping provision and care for us.

Into the deep of the Holy Spirit, until He becomes a bright, dazzling, sweet, fathomless summer sea, in which we bathe and bask and breathe, and lose ourselves and our sorrows  in the calmness and peace of His everlasting presence.

Into the deep of the Holy Spirit, until He becomes a bright, marvelous answer to prayer, the most careful and tender guidance, the most thoughtful anticipation of our needs, the most accurate and supernatural shaping of our events.

Into the deep of God’s purposes and coming kingdom, until the Lord’s coming and His millennial reign are opened up to us; and beyond these the bright entrancing ages on ages unfold themselves, until the mental eye is dazed with light, and the heart flutters with inexpressible anticipations of its joy with Jesus and the glory to be revealed.

Into all these things, Jesus bids us launch. He made us and He made the deep, and to its fathomless depths He has fitted our longings and capabilities.
–Soul Food

Its streams the whole creation reach,
So plenteous is the store;
Enough for all, enough for each;
Enough forevermore.

The deep waters of the Holy Spirit are always accessible, because they are always proceeding. Will you not this day claim afresh to be immersed and drenched in these waters of life? The waters in Ezekiel’s vision first of all oozed from under the doors of the temple. Then the man with the measuring line measured and found the waters to the ankles. Still further measurement, and they were waters to the knees. Once again they were measured and the waters were to the loins. Then they became waters to swim in–a river that could not be passed over. (Read Ezekiel 47).

How far have we advanced into this river of life? The Holy Spirit would have a complete self effacement. Not merely ankle-deep, knee-deep, loin-deep, but self-deep. We ourselves hidden out of sight and bathed in this life-giving stream. Let go the shore-lines and launch out into the deep. Never forget, the Man with the measuring line is with us today.
–J.G.M.

There is a way that appears to be right, but in the end it leads to death.

On family road trips we would use a map so that we could know where we were, how far we had gone, and how far we needed to go. Those trips provided opportunities for addition and subtraction problems (especially in trying to figure out signs like one on Interstate 80 in Pennsylvania that read, “Mile Run – 2 miles”).

Today GPS services and electronic maps make those old maps nearly obsolete. The mapping service gives us options for the fastest route and some alternate routes—with and without tolls. Travelers soon learn that there is often more than one way to their destination. And, who knows? The one you choose might just become your favorite way.

The Bible shows that there are right roads and wrong roads when it comes to recognizing and following God’s way. A discerning mind will seek to determine if an opportunity honors God or not. That opportunity might look good at first, but it could end up at a dead end spiritually, emotionally, and even physically.

The Spirit of God equips us with eyes to see and ears to hear what God says is the right way. If there is no confirmation of God’s approval, then it might be better to look for another route.

God of wisdom, fill us with your Spirit so that the direction of our lives will stay on course with your will and way. Bring us home to you, for your glory. Amen.

Whoever believes in the Son has eternal life, but whoever rejects the Son will not see life, for God’s wrath remains on them.
John 3:36
DailyVerses.net