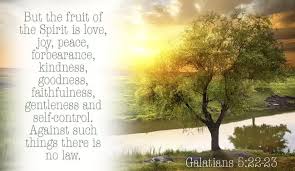 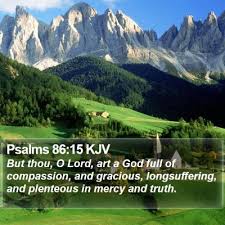 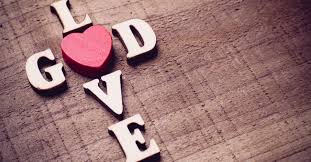 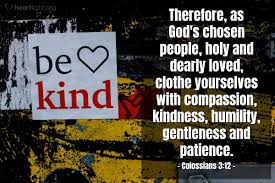 Have you ever wondered why wicked people prosper?  A psalmist named Asaph asked that very question in Psalm 73.

“Does God realize what is going on?  Look at these arrogant people — enjoying a life of ease while their riches multiply.  They scoff and speak only evil; in their pride they seek to crush others” (vs. 11a, 12, 8)

It’s not wrong to ask these difficult questions; the problem arises when we allow them to hinder our faith.

“Was it for nothing that I kept my heart pure and kept myself from doing wrong?  For I envied the proud when I saw them prosper despite their wickedness.  They seem to live such a painless life; their bodies are so healthy and strong.  They aren’t … plagued with problems like everyone else” (vs. 13, 3-5)

But he realizes the peril of his path just in time.

“I came so close to the edge of the cliff!  My feet were slipping, and I was almost gone” (vs. 2b)

Suddenly, his perspective pivots from fleshly envy to divine understanding.  Why?

“I entered the sanctuary of God; then I understood their final destiny” (vs. 17, NIV)

In the light of heaven’s infinite glory, he clearly sees the folly of people living for earth’s fleeting pleasures.

“Their present life is only a dream that is gone when they awake” (vs. 20a)

Asaph repents for his bitterness and envy, trusting the Lord to establish His sovereign order and priorities.

In God’s presence, he enters a miraculous dimension and comprehends the matchless inheritance of the righteous.

Then, in a magnificent affirmation of trust, he declares:

“Whom have I in heaven but You?  I desire You more than anything on earth.  My health may fail, and my spirit may grow weak, but God remains the strength of my heart; He is mine forever” (vs. 25-26)

It’s easy to be tainted by envy in a modern world plagued with materialism and corruption.  But as we spend time in the Lord’s cleansing presence, we see the lost through His eyes — with compassion.

Transformed by grace, the psalmist concludes,

“I will tell everyone about the wonderful things You do” (vs. 28b)

And so God is urgently compelling us to reach out with His love to a tragically deceived world, revealing the reality of eternal life.

2 Chronicles 16:7-9 7At that time Hanani the seer came to Asa king of Judah and said to him: “Because you relied on the king of Aram and not on the LORD your God, the army of the king of Aram has escaped from your hand. 8Were not the Cushites and Libyans a mighty army with great numbers of chariots and horsemen? Yet when you relied on the LORD, he delivered them into your hand. 9For the eyes of the LORD range throughout the earth to strengthen those whose hearts are fully committed to him. You have done a foolish thing, and from now on you will be at war.”

Asa was one of the good kings of Judah. He restored the temple and encouraged the nation to return to the worship of Jehovah. While he was earnestly working on the temple, God gave him peace for ten years. When an enemy finally did come to attack, he relied upon God and completely defeated them. He had set his heart to seek the LORD.

After Asa had reigned thirty-five years, the king of Israel Baasha began to fortify cities along the border. This was indication that he was preparing for war. Instead of seeking God as he had done earlier, he took the treasures from the temple and bribed the king of Aram to break his treaty with Israel. The tactic was successful in that Baasha gave up his plan to attack Judah. It was not a success in the eyes of God who sent Hanani the seer with these words of instruction. Had Asa forgotten how God helped him when he was small and unsure of himself? God is always searching the earth to find hearts fully committed to Him. Those are the hearts He strengthens.

Sometimes we attain immediate success, but because we did not do things God’s way we end up with long-term problems. Asa later came down with a disease in his feet. He would not seek God for that either, but only sought help from the doctors. That resulted in his death. Asa’s legacy was a good one, but it would have been even better if he had stayed dependent on God.

Consider: As God blesses your life, recognize that strength is from Him. Stay fully dependent on Him.

Take Time for the Holy One

Very early in the morning, while it was still dark, Jesus got up, left the house and went off to a solitary place, where he prayed.

In the streaming series The Chosen, one episode depicts Jesus returning to a camp where he and his disciples are staying for the night. It is late, and Jesus has spent the day healing crowds of people. He stumbles into camp, exhausted from the day’s ministry. The disciples can only watch him, surprised at how tired he is. His teaching and healing work must have been exhausting. Though he was fully God, Jesus was also fully human, so he got tired and needed sleep (see Mark 4:38; John 4:6).

Our reading for today explains that after a long day of teaching and healing, Jesus rose early in the morning to pray. Jesus needed time to connect with his Father in prayer, resting in his Father’s presence and focusing on his purpose. He had come to do much more than heal people in Capernaum, even though that was clearly important while he was there. When the disciples went out and found him, he said, “Let us go somewhere else—to the nearby villages—so I can preach there also. That is why I have come.”

Jesus spent time in prayer with his Father, and he remained focused on his purpose. If this was important to Jesus, it is certainly important for his followers too. Let’s be sure to spend personal time with the Father, Son, and Holy Spirit each day.

Father, I need to spend time with you, just as Jesus did. Lord, lead me, guide me, and give me the strength I need for the work you have planned. Amen.

“And as he went out of Jericho…. blind Bartimaeus…. sat by the highway side begging.” Mark 10:46

To be both blind and poor, these were a combination of the sternest evils. One thinks it is scarcely possible to resist the cry of a beggar whom we meet in the street if he is blind. We pity the blind man when he is surrounded with luxury, but when we see a blind man in want, and following the beggar’s trade in the busy streets, we can hardly forbear stopping to assist him. This case of Bartimaeus, however, is but a picture of our own. We are all by nature blind and poor. It is true we account ourselves able enough to see; but this is just one phase of our blindness. Our blindness is of such a kind that it makes us think our vision perfect; whereas, when we are enlightened by the Holy Spirit, we discover our previous sight to have been blindness indeed. Spiritually, we are blind; we are unable to discern our lost estate; unable to conceive the blackness of sin, or the terrors of the wrath to come. The unrenewed mind is so blind, that it perceives not the all-attractive beauty of Christ; the Sun of righteousness may arise with healing beneath his wings, but this is all in vain for those who cannot see his shining. Christ may do many mighty works in their presence, but they do not recognise his glory; we are blind until he has opened our eyes. But besides being blind we are also by nature poor. Our father Adam spent our birthright, lost our estates. Paradise, the homestead of our race, has become dilapidated, and we are left in the depths of beggary without anything with which we may buy bread for our hungry souls, or clothing for our naked spirits; blindness and beggary are the lot of all men after a spiritual fashion, till Jesus visits them in love.

For meditation: Spiritually the unconverted are very often exactly the opposite of what they think they are. It can also be true of Christians, for better or worse (Revelation 2:9; 3:1,8,17,18).

But even if you should suffer for what is right, you are blessed. “Do not fear their threats; do not be frightened.”
1 Peter 3:14
DailyVerses.net

The grass withers and the flowers fall, but the word of our God endures forever.
Isaiah 40:8
DailyVerses.net