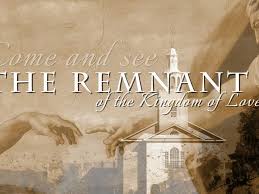 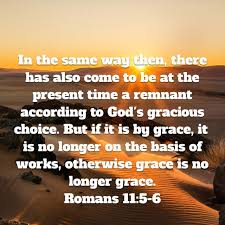 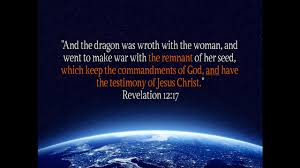 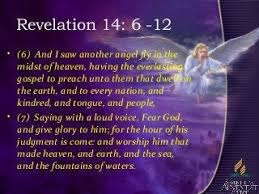 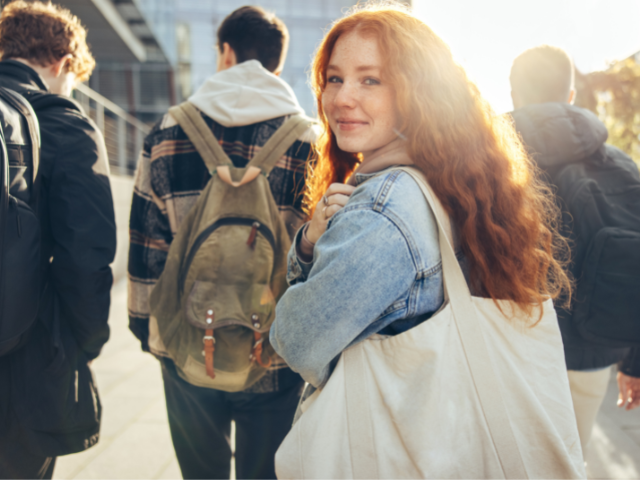 I know what rejection by your own people, whether friends, family or strangers, feels like. I used to end up in a state of depression and did not even know it. I thank God for praying friends around me who would always intervene at just the right moment. They helped to rescue me from a dangerously slippery slope!

Today, I am honored to belong to a wonderful group called “the remnant.” This unique group has a special place in God’s heart. The Scriptures speak of a remnant in various places (whether explicitly or not). Romans 11 has a timely message for us all.

Elijah was a formidable prophet whom God used mightily. Something about him reminds me of John the Baptist as dire circumstances (rejection?) caused them both to lose sight of God’s heart. Paul quoted from 1 Kings 18 in his message to the church in Romans 11:2,

God has not rejected His people whom He foreknew. Or do you not know what the Scripture says in the passage about Elijah, how he pleads with God against Israel? (nasb)

Elijah had been “hiding” from King Ahab when he made this lament to the Lord. Just in case anyone missed the revelation in 1 Kings (like I did), Paul made it clear that Elijah spoke against Israel. God’s reply was classic and reverberated through the ages into the New Testament!

These next verses not only correct Elijah’s misconception, but reveal God’s omniscience. Romans 11:3-5 says,

“Lord, they have killed Your prophets, they have torn down Your altars, and I alone am left, and they are seeking my life.” But what is the divine response to him? “I have kept for Myself seven thousand men who have not bowed the knee to Baal.” In the same way then, there has also come to be at the present time a remnant according to God’s gracious choice.

Newsflash: We have been kept by our heavenly Father. The Creator of the universe chose us! This is good news because inclusion in the remnant brings a strong sense of belonging, purpose, peace, and protection. As God-fearing believers, we have been “grafted in” to the family of God to fulfill His plan and purpose for humanity. Feelings of rejection and depression become a distant memory when we realize that God chose to keep us for Himself! No matter how real the rejection is, let us focus our affections on the One who keeps us from falling (Jude 24).

Let us pray! Oh Father, we pray that we can sense Your great love and acceptance. Help us to know that Your love covers us in every dimension, and we can thereby rest in You! Expose the lies of the enemy, that we may live free of his schemes for our demise. In Jesus’ mighty name, amen!

2 Chronicles 19:9-10 9He gave them these orders: “You must serve faithfully and wholeheartedly in the fear of the LORD. 10In every case that comes before you from your fellow countrymen who live in the cities–whether bloodshed or other concerns of the law, commands, decrees or ordinances–you are to warn them not to sin against the LORD; otherwise his wrath will come on you and your brothers. Do this, and you will not sin.

Jehoshaphat appointed judges according to the Law of God and ordered them to act in the fear of God, not taking bribes, and being impartial. He warned them that they were not judging for men but for God who placed them in their positions. We could say the same for any Christian in any activity. We should all do our work in the fear of God, knowing that we represent Him and not ourselves.

Meditation: The fear of the Lord is the beginning of knowledge. Proverbs

Deliver Me From Evil

Who can discern their own errors? Forgive my hidden faults.

When I was in grade school, there were many times that I thought a teacher or a parent had eyes in the back of their head. I could not get away with anything I was not supposed to be doing. Sometimes my hidden thoughts were identified by those who were not even looking at me. And to prevent me from even trying something out of line, they said, “Just remember, God sees everything you do.”

Having someone watching our every move can help to keep our actions in check, but what about our thoughts and the things we are tempted to say? When we allow the bright light of God’s law to shine into our inner self, it illuminates our hidden faults and lights up a warning. Without God’s law we are blind to what separates us from God.

The psalmist knows that he cannot see his faults by looking into a mirror. He looks instead into God’s law and asks God to forgive not only his visible sins but also his hidden faults.

And the God of the Bible does forgive. Knowing the fact of God’s forgiveness assures the psalmist that he will be blameless in God’s sight. Not perfect yet, but blameless now.

Father God, even though your law is good and I want to obey it, I know I do not. Thank you for Jesus, who kept it perfectly so that by faith I can become one with him in your eyes. I love you, Jesus, and I thank you for loving me. Amen.

The Night Is Flying

“The kingdom of heaven will be comparable to ten virgins … Five of them were foolish, and five were prudent. […] The groom came, and those who were ready went in with him to the wedding feast; and the door was shut.” – Matthew 25:1-2, 10 NASB

Religious wars and violence swept throughout Europe. During these traumatic times, Philipp Nicolai fled for his life on several occasions. Nicolai, a pastor born in Germany on this day in 1556, at times went into hiding, forced to preach in secret house meetings.

Compounding these problems, a plague swept through the area around Westphalia where he was pastoring, killing more than a thousand church members.

To comfort his people, he wrote a hymn called “Wake, Awake, for Night Is Flying.” It reminded everyone of life’s brevity and the importance of eternal things.

Referencing Jesus’ story of the ten virgins, Nicolai wrote, “Wake, awake, for night is flying, the watchmen on the heights are crying; ‘Awake, Jerusalem, at last!’” He urged them to focus on God’s Kingdom and have joy in their salvation. This gave them perspective on things happening in the world and their lives.

This perspective can help us be ready for Jesus’ return. When the groom comes, we can be glad for we are ready for the marriage feast He has prepared! We can go and meet Him and cry, “Alleluia!” Make sure you are ready for His coming. Look around and think about the people who are not ready. Remember that midnight is striking all around the world for millions of people who do not know Jesus, who aren’t ready. Dedicate yourself to being His witness, and be an example of Christ’s love.

Reflection Question: What do you need to do to make sure you’re ready for Jesus’ return?

Like a city whose walls are broken through is a person who lacks self-control.
Proverbs 25:28
DailyVerses.net

All the believers were one in heart and mind. No one claimed that any of their possessions was their own, but they shared everything they had.
Acts 4:32
DailyVerses.net