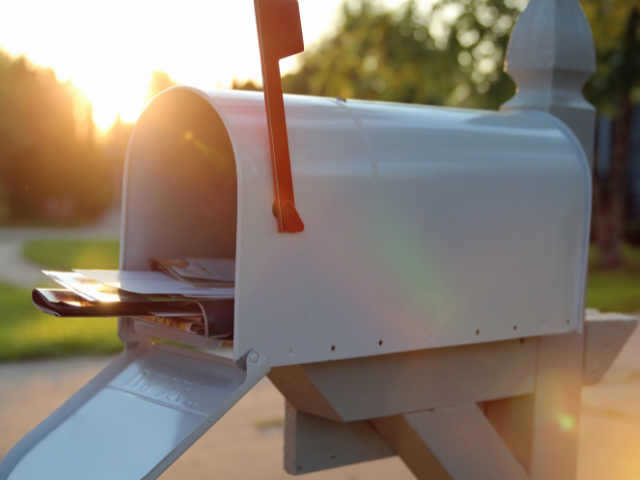 Have you ever received a package that was sent to you in error?

When that happens, we usually leave the post carrier a note that says, “return to sender.” There are several reasons a package can be returned to the sender; however, one common reason is that the receiver did not accept it.

When I thought about the process of sending things back to the sender, I began looking at my life’s journey and reflecting on those times when I wanted desperately to put “return to sender” on the gifts and calling God had given me. Like the person who returns a package, I felt like the “Sender” must have made a mistake.

For most of my childhood, I was a quiet and shy girl. As a teenager, I accepted Jesus Christ into my life and fell in love with sharing the word of God. My heart was overwhelmed that God chose to use me to teach and preach His Word.

Initially, I was like Peter in the gospel of Mark, full of passion and faith to serve Jesus at all costs and to operate in my gifts. In Mark 14:29 (NIV), Peter said to Jesus, “Even if all fall away, I will not.” I had experienced the mighty hand of God in my life, and I was excited to share my experience with all that would listen and receive. There were powerful times of miracles, signs, and wonders.

Through life’s journey, I experienced many challenging times that left me with battle scars and brokenness, and I eventually reverted to the quiet, shy girl of my yesteryears. I wanted to run and hide like Elijah did in 1 Kings chapter 19 and return my gifts and callings to the Sender.

During those times, I had low self-esteem; I did not believe I was smart enough or good enough to carry out such an awesome plan of God. But one day, while reading the Bible, I came across the Scripture in Romans 11:29 (NKJV) that said, “for the gifts and the calling of God are irrevocable.” Irrevocable can be defined as final and not able to be changed, reversed, or recovered. God was not waiting for the gifts and calling to be returned. He had given them to me, and He had no intentions of changing His plan for my life. Instead, He was waiting to give me instructions and help me carry out His purpose and plan. After praying and praising God, I knew I was ready to walk in my calling and use my gifts again. But now I allow every scar to represent my victory and my testimony is of God’s love, grace, mercy, and faithfulness.

Each of us has gifts and a calling that God wants us to use to bring Him glory and to be a blessing to others. We will have His presence, promise, and provision when we are faithful to His plan.

Your gifts and calling are not a mistake, and they are not to be hidden or discarded. I realized, and I pray you will, also, that “Return to Sender” is not an option.

Streams in the Desert – August 11

Although the fig tree shall not blossom, neither shall fruit be in the vines; the labor of the olive shall fail, and the fields shall yield no meat; the flock shall be cut off from the fold, and there shall be no herd in the stalls: yet I will rejoice in the Lord, I will joy in the God of my salvation.  Habakkuk 3:17-18

Observe, I entreat you, how calamitous a circumstance is here supposed, and how heroic a faith is expressed. It is really as if he said, “Though I should be reduced to so great extremity as not to know where to find my necessary food, though I should look around about me on an empty house and a desolate field, and see the marks of the Divine scourge where I had once seen the fruits of God’s bounty, yet I will rejoice in the Lord.”

Methinks these words are worthy of being written as with a diamond on a rock forever. Oh, that by Divine grace they might be deeply engraven on each of our hearts! Concise as the form of speaking in the text is, it evidently implies or expresses the following particulars: That in the day of his distress he would fly to God; that he would maintain a holy composure of spirit under this dark dispensation, nay, that in the midst of all he would indulge in a sacred joy in God, and a cheerful expectation from Him.

The Ancient of Days

“The Ancient of Days took His seat … His throne was ablaze with flames, its wheels were a burning fire. A river of fire was flowing and coming out from before Him … and the books were opened.” – Daniel 7:9-10 NASB

God gave Daniel a dream about a time in the future of turmoil and strife. Daniel saw God in His glory, sitting on a throne, described as “the Ancient of Days.” This title and picture put everything in perspective.

The title reminds us that God is beyond time. He is never worried or caught up in the world’s troubles. He is the perfect judge, always pure, holy, and objective, and He always brings an eternal perspective to every situation.

Daniel saw His throne “ablaze with flames” and “a river of fire was flowing and coming out from before Him.” This was a place of absolute purity where sin cannot be tolerated. Throngs of people surrounded the throne. As they stood before Him, “the books were opened.” These books were the history of what these people had done, not just some things but everything.

Think about this picture. God is on the throne. He is to be worshiped and praised! He is the “Ancient of Days.” He is completely objective, beyond time, and holy. He knows everything you have said and done.

Humble yourself and seek Him. Ask Him to burn away any sin. Commit yourself to serve Him. Fill your life with His Word. Surrender to His Spirit. Ask Him to fill you with His miracle-working power. Reach out to others, so they might be ready when the books on their lives are opened.

Reflection Question: What will you hear when God opens the book of your earthly deeds?

The month of August provides some of the warmest days of the year where I live. And in the morning, if the sky is red in the east, there is a good chance of stormy weather, just as people said in Israel back in Jesus’ day.

Jesus used that well-known pattern as a “heads up” to the Pharisees and Sadducees who had asked him to show them a sign from heaven. In return he used a sign of the heavens to test them about their belief in him as God’s anointed King.

They had already seen and heard about Jesus’ teaching and healing miracles, and they were inclined to dismiss them—and him as well. When it came to the gift that God had given them in Jesus, they had ears but could not hear, and they had eyes but could not see.

Many of Jesus’ challengers missed that sign too. People still miss it today, but many see, believe, and live the resurrected life with Jesus. Are you living that life too?

Risen Lord, you are the giver of abundant life. Thank you for your amazing gifts. May we help others to see who you real­ly are. Amen.

Ill-gotten treasures have no lasting value, but righteousness delivers from death.
Proverbs 10:2
DailyVerses.net

My soul yearns for you in the night; in the morning my spirit longs for you. When your judgments come upon the earth, the people of the world learn righteousness.
Isaiah 26:9
DailyVerses.net