What God Says About Worry 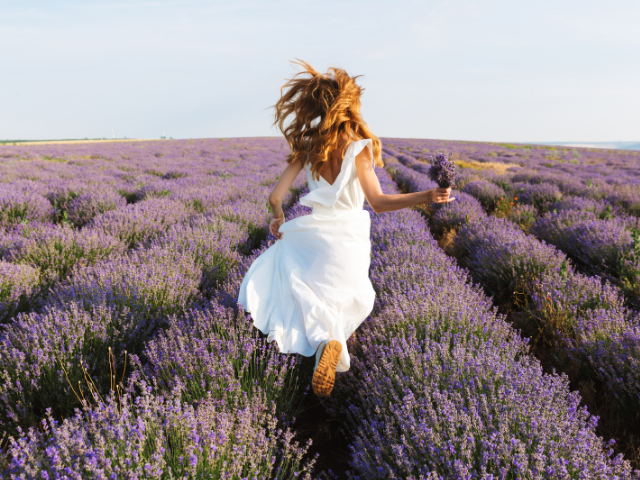 ‘Fear Not’ is written 365 times in the Bible (that is one for every day). Worry, the emotion felt by fear dwelt upon, is addressed by Jesus here so creatively:

“Consider how the wildflowers grow. They do not labor or spin. Yet I tell you, not even Solomon in all his splendor was dressed like one of these. If that is how God clothes the grass of the field, which is here today, and tomorrow is thrown into the fire, how much more will He clothe you” (Luke 12:27-28 NIV).

The flowers of the field spring up and fall, each one beautifully dressed, given all it needs to thrive. A flower does not buy a raincoat for spring or weave a sunhat for summer, but each is covered with petals.

Solomon was known as the wealthiest man of Israel and so Jesus is describing to the listeners then, and the readers now, more wealth than most will ever see. We could imagine a person being dressed in the finest jewelry and gown but even this cannot stand up against how beautifully the flowers of the field are dressed.

Jesus continues to a call to fill the absence of worry with the promise that all we need and will be given when we ‘seek His Kingdom’ (Luke 12:31). We are called not simply to remove worry from our lives but also to pursue God’s Kingdom, His will, and His righteousness in our lives.

When worry rears its ugly head, remember the flowers of the field dressed in their fine petals which are finer than all that wealth can provide, and seek His kingdom. Even in a season where there is so much uncertainty and fear, He is the Provider and Sustainer of all life. Just as he covers the flowers, He will cover you, His child.

Streams in the Desert – August 16

Waiting is much more difficult than walking. Waiting requires patience, and patience is a rare virtue. It is fine to know that God builds hedges around His people–when the hedge is looked at from the viewpoint of protection. But when the hedge is kept around one until it grows so high that he cannot see over the top, and wonders whether he is ever to get out of the little sphere of influence and service in which he is pent up, it is hard for him sometimes to understand why he may not have a larger environment–hard for him to “brighten the corner” where he is. But God has a purpose in all HIS holdups. “The steps of a good man are ordered of the Lord,” reads Psalm 37:23.

On the margin of his Bible at this verse George Mueller had a notation, “And the stops also.” It is a sad mistake for men to break through God’s hedges. It is a vital principle of guidance for a Christian never to move out of the place in which he is sure God has placed him, until the Pillar of Cloud moves.
–Sunday School Times

When we learn to wait for our Lord’s lead in everything, we shall know the strength that finds its climax in an even, steady walk. Many of us are lacking in the strength we so covet. But God gives full power for every task He appoints. Waiting, holding oneself true to His lead–this is the secret of strength. And anything that falls out of the line of obedience is a waste of time and strength. Watch for His leading.
–S. D. Gordon

Must life be a failure for one compelled to stand still in enforced inaction and see the great throbbing tides of life go by? No; victory is then to be gotten by standing still, by quiet waiting. It is a thousand times harder to do this than it was in the active days to rush on in the columns of stirring life. It requires a grander heroism to stand and wait and not lose heart and not lose hope, to submit to the will of God, to give up work and honors to others, to be quiet, confident and rejoicing, while the happy, busy multitude go on and away.

It is the grandest life “having done all, to stand.”
–J. R. Miller

2 Chronicles 25:7-9 7But a man of God came to him and said, “O king, these troops from Israel must not march with you, for the LORD is not with Israel–not with any of the people of Ephraim. 8Even if you go and fight courageously in battle, God will overthrow you before the enemy, for God has the power to help or to overthrow.” 9Amaziah asked the man of God, “But what about the hundred talents I paid for these Israelite troops?” The man of God replied, “The LORD can give you much more than that.”

Amaziah, son of Joash, began to reign at the age of 25. At first he did what was right in the eyes of the LORD, but not with all his heart. He mustered the troops to battle against Edom. The forces were only a third of what they once were when godly kings reigned. He hired another 100,000 soldiers from Israel as mercenaries. Then a prophet of God came with the warning that is the text for today. “If you use these soldiers, God will cause you to be defeated, because it is God who decides the outcome of wars.”

Amaziah asked a question that is so much like what we would ask, “But what about all the money I paid already?” The prophet told him the obvious answer, “God can give you much more than that.”

He sent the troops back knowing that he was throwing away the money and infuriating them. The mercenaries did retaliate and raided some of the cities of Judah. It cost Amaziah to be obedient to God. God gave Amaziah the victory without them. The plunder would have been much more than the price he paid for the mercenaries. Don’t be tempted to use people and ways that God has not blessed. This is another illustration of the danger of yoking up with unbelievers.

Then he did one of the most foolish things recorded in Scripture. He took the idols of the people he defeated and began to worship them. They certainly hadn’t benefited their former owners. He forsook the God who gave victory for ones that couldn’t help. From that time on it was downhill for Amaziah. In our day the enemy’s gods are subtler than idols. They come in the form of man’s wisdom and pleasures of this life.

Warning: Be careful to follow the LORD with all your heart so that when He gives you success, you do not turn to the powerless and vain things of this world but stay wholeheartedly dedicated to the LORD.

With God All Things Are Possible

Immediately the girl stood up and began to walk around (she was twelve years old). At this they were completely astonished.

When Jairus’s daughter got up and started walking around, the people there were astonished. We do not need to wonder why. The young girl had died but was alive again! When Jesus had arrived at the house, the community mourners had already begun their customary crying and wailing. The people figured there was no reason to bother Jesus anymore, for the girl had died.

Their behavior contrasted with the calm and persistence of Jesus, however. And when he said, “Don’t be afraid; just believe,” the people laughed at him.

Ordering all those people out of the house, Jesus took the father and mother, along with three of his disciples, to where the child was. And I wonder if Jesus smiled a little himself. He knew Psalm 2:4-6: “The One enthroned in heaven laughs; the Lord scoffs at them . . . saying, ‘I have installed my king. . . .’” The confirmation of Jesus as King meant that weeping would be turned into joy, and Jesus knew that he would turn wailing into amazement.

Jesus calmly and gently ordered the girl to get up. No more death, just life and praise to God as a sign of his kingdom coming to earth.

In your dark times, watch for Jesus; he still comes with ­power, bringing hope.

Risen Lord, forgive us for seeing darkness instead of your light. Walk into our situations with us, reveal yourself, and strengthen our hope in you, Prince of peace. Amen.