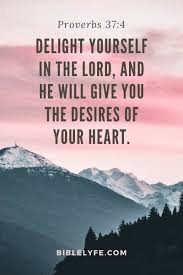 God’s Unimaginable Plans for Those Who Love Him 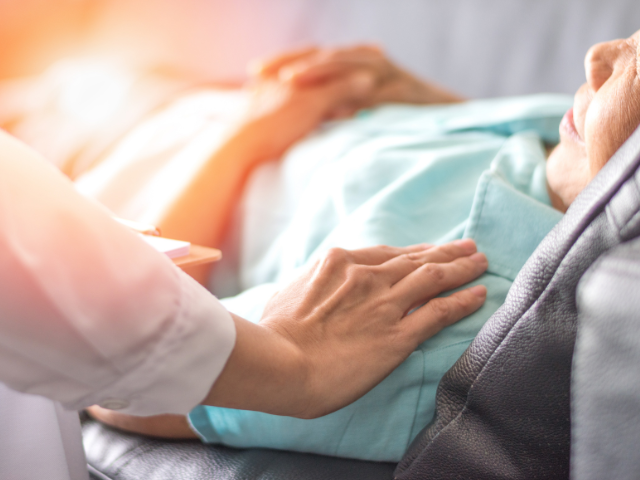 My grandmother’s youngest sister, Vinnie Mae, lay awake in her bed. At 87-years-old, her once busy life of leading the choir, running an interior design business with her husband, and teaching high school had progressed into a slow decline of health and awareness from Alzheimer’s disease. She was the last living member of the Davis children, originally represented by seven girls and one boy, all born in the early 1900s.

When my sister and I were pre-teens, Aunt Vinnie insisted we sing in the choir at the small church where my grandmother’s family worshipped. I wonder if she knew how often the two of us carried on sign language conversations in the choir row behind her while the pastor preached. If so, she never said anything to us. She wanted us in church, learning about and singing for Jesus; even if it meant putting up with our shenanigans.

Visiting Aunt Vinnie brought mixed emotions for me. I was always glad to see her but it was sad to see her lying in the twin-size hospital bed, being spoon-fed by a stranger. Her home was no longer her own, now decorated and tended to by a kind woman, formerly unknown to any of our family.

So, on this particularly stormy and cold day, I thought of something positive to say to Aunt Vinnie on my visit. “I’m glad you didn’t have to go out in this weather today, Aunt Vinnie. It’s awful out there.”

“Oh, but I did go out!” she beamed. “Tommy and I went to Norfolk Wholesale Florist and the furniture store.”

After a moment’s hesitation, I said, “That’s great. I’m so glad you two got to have a nice day together.”

Now, I was quite aware that she had laid there under her covers all day and Tommy had been with the Lord well over a decade. Early on in her disease, I would have given in to the urge to help her remember what actually went on. But, not now. I realized at that moment that the Lord had blessed her mind with a totally better day than her body had experienced.

It reminded me of the scripture:

“No eye has seen, no ear has heard, and no mind has imagined what God has prepared for those who love him.” 1 Corinthians 2:9, NLT

Helen Keller is quoted as having said, “When one door of happiness closes, another opens; but often we look so long at the closed door that we do not see the one which has been opened for us.”

I had been looking at the closed door – the once vibrant and take-charge woman who I admired, now totally dependent on others. And that afternoon, God gave me a glimpse of the door He had opened for her. I no longer looked at her situation the same. By the thoughts God had allowed in her mind, He had given her a more precious day than her reality would have allowed.

When I think of the vastness of God’s abilities to have much greater things going on than we can imagine, I just want to praise Him! He does this all the time for those who love Him. Why should we waste our emotions with worry and sadness? God’s got something going on in the background; what we see is always cloaked by our mortal limitations.

Any time the memory of the truths revealed to me during my special visit with my great-aunt cross my mind, I just want to sing, “My God, How Great Thou Art!”

They only heard the report: “The man who formerly persecuted us is now preaching the faith he once tried to destroy.” And they praised God because of me.

Paul had started the young churches in the region of Galatia, but now they were floundering because some false teachers had led them astray (Galatians 1:6-10). In­stead, they had needed to be encouraged and enfolded to remember the good news of Jesus and to live for him alone.

So Paul tells briefly how God changed him from a persecutor of Christ-followers to a fully committed ambassador of Jesus (see Acts 9). His transformation was not about him but about Jesus. And eventually he went to Jerusalem to meet with the leaders of the church who lived there. Then Paul moved on to spread the gospel to regions north of Judea. And when the churches in Judea heard about him, the Spirit made clear that Paul was truly converted to “preaching the faith he once tried to destroy.” That brought all the believers to praise God. And instead of fearing Paul, they rejoiced on account of him.

People who come to know Jesus as their Savior need to be received with praise to God. They have been saved from darkness and brought into the light. They need friends who will bless them and encourage them.

Do you know someone whom you can encourage in this way? Be sure to do so!

God of grace, move us to praise and give thanks to you for bringing sinners to your Son, Jesus, and guide us to encourage and enfold them. Ame

About the author — Evan Heerema

Streams in the Desert – August 19

As sorrowful, yet always rejoicing (2 Corinthians 6:10).

Sorrow was beautiful, but her beauty was the beauty of the moonlight shining through the leafy branches of the trees in the wood, and making little pools of silver here and there on the soft green moss below. When Sorrow sang, her notes were like the low sweet call of the nightingale, and in her eyes was the unexpectant gaze of one who has ceased to look for coming gladness. She could weep in tender sympathy with those who weep, but to rejoice with those who rejoice was unknown to her.

Joy was beautiful, too, but his was the radiant beauty of the summer morning. His eyes still held the glad laughter of childhood, and his hair had the glint of the sunshine’s kiss. When Joy sang his voice soared upward as the lark’s, and his step was the step of a conqueror who has never known defeat. He could rejoice with all who rejoice, but to weep with those who weep was unknown to him.

“But we can never be united,” said Sorrow wistfully. “No, never.” And Joy’s eyes shadowed as he spoke. “My path lies through the sunlit meadows, the sweetest roses bloom for my gathering, and the blackbirds and thrushes await my coming to pour forth their most joyous lays.”

“My path,” said Sorrow, turning slowly away, “leads through the darkening woods, with moon-flowers only shall my hands be filled. Yet the sweetest of all earth-songs–the love song of the night–shall be mine; farewell, Joy, farewell.”

Even as she spoke they became conscious of a form standing beside them; dimly seen, but of a Kingly Presence, and a great and holy awe stole over them as they sank on their knees before Him.

“I see Him as the King of Joy,” whispered Sorrow, “for on His Head are many crowns, and the nailprints in His hands and feet are the scars of a great victory. Before Him all my sorrow is melting away into deathless love and gladness, and I give myself to Him forever.”

“Nay, Sorrow,” said Joy softly, “but I see Him as the King of Sorrow, and the crown on His head is a crown of thorns, and the nailprints in His hands and feet are the scars of a great agony. I, too, give myself to Him forever, for sorrow with Him must be sweeter than any joy that I have known.”

“Then we are one in Him,” they cried in gladness, “for none but He could unite Joy and Sorrow.” Hand in hand they passed out into the world to follow Him through storm and sunshine, in the bleakness of winter cold and the warmth of summer gladness, “as sorrowful yet always rejoicing.”

2 Chronicles 28:9-11 9But a prophet of the LORD named Oded was there, and he went out to meet the army when it returned to Samaria. He said to them, “Because the LORD, the God of your fathers, was angry with Judah, he gave them into your hand. But you have slaughtered them in a rage that reaches to heaven. 10And now you intend to make the men and women of Judah and Jerusalem your slaves. But aren’t you also guilty of sins against the LORD your God? 11Now listen to me! Send back your fellow countrymen you have taken as prisoners, for the LORD’s fierce anger rests on you.”

After Jotham died, his son Ahaz reigned. God gave the people a king that they deserved so that hardship would turn them back to Him. Ahaz’ army was defeated by the Arameans. Their treasures were robbed, and many of the people went into captivity. Then the Northern Tribes inflicted heavy casualties. They took two hundred thousand women and children captive and a great deal of plunder.

As the army of the Northern Tribes returned to their capitol Samaria, a prophet of God named Obed met them. The message from God was that their victory was due to God’s anger against Judah, but they had gone overboard in executing it. God’s question to them was this, “Aren’t you also guilty of sins against the LORD your God?”

There are times when we find ourselves with the upper hand over those who oppose us, but we take it to the extreme. We should consider that it may not be so much that God is favoring us as God punishing them. God’s justice is always tempered with mercy, but man’s justice rarely is. We should consider that we could be in their shoes, and that we are to apply the Golden Rule. If we desire mercy, then we will be merciful. Aren’t we also guilty of sins? The Northern Tribes showed great wisdom and fear of God when they listened to the prophet and returned the captives along with the spoils of war.

Remember: How you act gives permission for others to act the same way toward you. God declares, “To those who show mercy, I will be merciful.” (Matthew 5:7; James 2:13)

This is the confidence we have in approaching God: that if we ask anything according to his will, he hears us.
1 John 5:14
DailyVerses.net