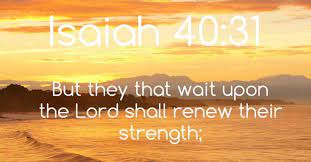 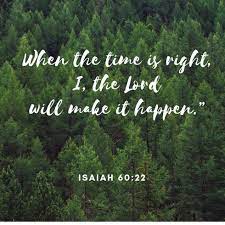 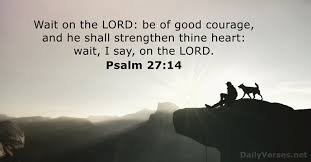 When our wishes are not aligned with God’s will, we will be disappointed. I chose to learn this the hard way. And now, counting the days, I remember that about 5 years ago I surrendered my every wish to the Lord. I promised to leave all things to Him, and that I would hear His opinion and word before making a decision. And I have to confess, things did not always go as I would have wished.

When there was an opportunity for me to have something that I desired with all my being, I would bring it up in prayer to the Lord. He knew perfectly well what I wanted and wished, but He closed the door. And it hurt every time. But now, years after all of this happened, I couldn’t be happier with what the Lord has done in my life. As Psalm 116:8 says:

For you have delivered my soul from death, my eyes from tears, my feet from stumbling (ESV).

If I had done things my way, I’m pretty sure I would have suffered a lot of pain and sadness, as it’s only in my Lord’s perfect will that I can find joy and peace.

But I had to believe that the Lord would work all things in His time as He had promised. What I have learned after all these years is that my obedience glorifies the Lord, and He will open up the doors.

The precious woman I’m about to marry, I can assure you, is more than I could have asked or wished for. And there were many doubts at first, and we have come a long way. And in my own strength, I’m sure I would have given up already. But I trusted the Lord, and now I have found my reward. Not by my strength, but by what the Lord has done and my obedience to Him, even when it hurt.

I love the Lord, because he has heard my voice and my pleas for mercy. Because he inclined his ear to me, therefore I will call on him as long as I live (Psalm 116:1-2).

The Mindset of Christ Jesus

In your relationships with one another, have the same mindset as Christ Jesus.

We all have relationships. These may include family members, friends, neighbors, coworkers, church members, and especially Jesus. In the city of Philippi, Paul had relationships with a jailer and his household, the city magistrates, Lydia and her household, a female slave who was tormented by a spirit, and the slave girl’s owners. Several of those people became part of the first church in Philippi (see Acts 16:11-40).

Paul had the attitude of Jesus in all those relationships. His mindset was humility, giving up privilege to be a servant like Jesus, putting himself in positions where his service for Christ might even cost him his life. Paul was willing to do that because he was confident of the eternal life that Jesus came to make available for us all.

Jesus, who is Lord and King over all, came to give us eternal life. He humbled himself and paid the price for our sin. By doing that, he made eternal life possible for all who believe in him.

Paul humbled himself and told others about Jesus so that they too would hear the good news and “acknowledge that Jesus Christ is Lord, to the glory of God the Father.” Our attitude toward others should follow the same pattern.

Make yourself a servant to someone today, for Jesus’ sake.

Lord Jesus, you are King of kings and Lord of lords. Forgive me for the times when I have not been a faithful servant to others. Bring glory to your name through me today. Amen.

2 Chronicles 35:20-22 20After all this, when Josiah had set the temple in order, Neco king of Egypt went up to fight at Carchemish on the Euphrates, and Josiah marched out to meet him in battle. 21But Neco sent messengers to him, saying, “What quarrel is there between you and me, O king of Judah? It is not you I am attacking at this time, but the house with which I am at war. God has told me to hurry; so stop opposing God, who is with me, or he will destroy you.” 22Josiah, however, would not turn away from him, but disguised himself to engage him in battle. He would not listen to what Neco had said at God’s command but went to fight him on the plain of Megiddo.

Josiah had been a godly king and restored the temple worship, but the prophet had told him God’s judgments were inevitable. In our passage today, Josiah does what seemed good, but not at God’s leading. God warned him through the mouth of a heathen king. Carchemish must have been an ally of Judah and it seemed to make sense to fight together their common threat, Egypt. The words of the king of Egypt should have given Josiah reason to seek God’s plan. When we step out on our own, with our own reason, we can place ourselves in harms way. God is faithful to warn us, even through the lips of an unbeliever. Remember in Jesus’ day when the High Priest said, “It is better for one man to die than the nation to perish”? Though he did not know it, it was a prophetic word (John 11:49-51).

We shouldn’t ignore what unbelievers say when they are rebuking us. It may be the Lord. I have heard unbelievers say, “I thought you trusted in God.” Ouch. God will use those who are unbelievers to remind us to look to Him.

Josiah was a great king and gave the nation one more chance to turn back to God, but he put himself in a position to be taken out of the scene early by not being sensitive to God’s warnings.

Remember: The rebuke from an unbeliever may come at the Lord’s command.

‘Behold, I am pressed under you, as a cart is pressed that is full of sheaves.’ Amos 2:13

See him; like a cart pressed down with sheaves he goes through the streets of Jerusalem. Well may you weep, daughters of Jerusalem, though he bids you dry your tears; they hoot him as he walks along bowed beneath the load of his own cross which was the emblem of your sin and mine. They have brought him to Golgotha. They throw him on his back, they stretch out his hands and his feet. The accursed iron penetrates the tenderest part of his body, where most the nerves do congregate. They lift up the cross. O bleeding Saviour, thy time of woe has come! They dash it into the socket with rough hands; the nails are tearing through his hands and feet. He hangs in extremity, for God has forsaken him; his enemies persecute and take him, for there is none to deliver him. They mock his nakedness; they point at his agonies. They look and stare upon him with ribald jests; they insult his griefs, and make puns upon his prayers. He is now indeed a worm and no man, crushed till you can think scarcely that there is divinity within. The fever gets hold upon him. His tongue is dried up like a potsherd, and he cries, ‘I thirst!’ Vinegar is all they yield him; the sun refuses to shine, and the thick midnight darkness of that awful mid-day is a fitting emblem of the tenfold midnight of his soul. Out of that thick horror he cries ‘My God, my God, why hast thou forsaken me?’ Then, indeed, was he pressed down! O there was never sorrow like unto his sorrow. All human griefs found a reservoir in his heart, and all the punishment of human guilt spent itself upon his body and his soul. O shall sin ever be a trifle to us? Shall I ever laugh at that which made him groan?

For meditation: Believers still have problems with sin as a weight impeding progress in the Christian life (Hebrews 12:1), but our struggle with sin on earth has its limits (Hebrews 12:4); the Lord Jesus Christ went beyond those limits and was crushed by our sin to save all who trust in him from being crushed by it eternally (Hebrews 12:2–3; 1 Peter 2:24).

I appeal to you, brothers and sisters, in the name of our Lord Jesus Christ, that all of you agree with one another in what you say and that there be no divisions among you, but that you be perfectly united in mind and thought.
1 Corinthians 1:10
DailyVerses.net

Do not be anxious about anything, but in every situation, by prayer and petition, with thanksgiving, present your requests to God. And the peace of God, which transcends all understanding, will guard your hearts and your minds in Christ Jesus.
Philippians 4:6-7
DailyVerses.net