A God Who Is Willing 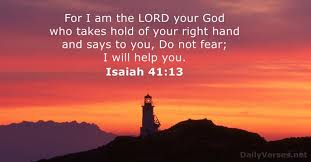 “Jesus reached out His hand and touched the man. ‘I am willing,” He said. “Be clean!” And immediately the leprosy left him’” – Luke 5:13

Like me, you’ve probably known or know someone praying for God to heal them who is still sick, or worse yet, someone who many prayed to be healed but instead passed away. Scripture is very clear God is willing to heal. So how do we explain when people continue to suffer or even die? We don’t. Instead, we keep our eyes on the truth that God’s will is to heal, and just because we sometimes don’t see it happen doesn’t mean it isn’t true.

Although a heartbreaking experience when someone isn’t healed or passes away, God reminds us, “As the heavens are higher than the earth, so are My ways higher than your ways and My thoughts than Your thoughts” (Isaiah 55:9). It becomes an opportunity where even though we don’t understand or can’t explain why, we choose to say, “But I trust in you, Lord; I say, ‘You are my God.’”(Psalm 31:14).

How We Know God Is Willing
God tells us over and over in Scripture of His willingness and desire to heal us.

The Willingness of Jesus
Not one time in the Bible do we read where Jesus was unwilling to heal those who came to Him, and we know God the Father is willing to heal, too, because Hebrews 1:3 explains, that Jesus is the exact representation of God. As well, Jesus often healed whole crowds of people. “Jesus went throughout Galilee, teaching in their synagogues, proclaiming the good news of the kingdom, and healing every disease and sickness among the people” (Matthew 4:23).

Because He healed entire crowds of people, we can be pretty safe in believing He healed people who didn’t have great faith to be healed, and individuals who hadn’t confessed all their sin, even some who were probably living in sin, and even those who had brought on their own sickness through their actions or lifestyles. All the reasons Christians often offer people as reasons why some people aren’t healed or die. But healing isn’t dependent on our efforts or condition, “For God does not show favoritism” (Romans 2:11).

Rather, it is dependent on the One who freely heals and delivers. Again. Matthew 4:24 describes how “News about Him spread all over Syria, and people brought to Him all who were ill with various diseases, those suffering severe pain, the demon-possessed, those having seizures, and the paralyzed; and He healed them.”

God Is Willing to Save and Heal
Still, often some of the same individuals who believe Jesus saves don’t believe He heals. Yet how many millions of people pass away without knowing God? Does that mean God doesn’t save? Of course not! Although many men and women are passing away not knowing God, it’s not God’s will.

His will for a dying world is summed up in 1 Timothy 2:4; He is a God, “Who wants all people to be saved and to come to a knowledge of the truth.”

Like it is written in His word, “For God so loved the world that He gave His one and only Son, that everyone who believes in Him shall not perish but have eternal life” (John 3:16).

So why do people doubt God’s desire to heal? Because they are focusing on not seeing it happen around them rather than on the truth that just like God saves, He also heals.

The Root is Jesus

We have heard of your faith in Christ Jesus and of the love you have for all God’s people. . . .

It’s wonderful when someone comes into the kingdom of God. That person receives God’s gift of grace through faith in Jesus, and they begin a new life of walking with the Holy Spirit. The new believer realizes that their old life of selfish pursuits offers nothing that will ever satisfy. They have turned their back on the darkness and are enjoying the light of the world, Jesus. Praise God for his love!

Paul is filled with thanks to hear that the people of Colossae have come to faith in Christ Jesus and are showing their love for all God’s people. He even says, “We always thank God . . . when we pray for you . . .” They have become wonderful examples of living by faith in Jesus. They believe and trust, they love, and they hope in what God has already stored up in heaven for them. Drawing all this together, we can say with Paul that the faith of the Colossian believers is rooted in Jesus Christ.

Friends, my prayer is that you will have faith in Christ Jesus; my hope for you is that in Jesus’ name you are loving others, giving yourself up for them, and growing in hope in all that God has promised and is storing up for you in heaven. Stay rooted in Christ, anticipating the reality of God’s kingdom on earth as it is in heaven.

Gracious God in whom we hope, strengthen our faith in Jesus, the Savior of the world. Increase our love for others and build our hope in what we know is yet to come. Amen.

Ezra 3:3 3Despite their fear of the peoples around them, they built the altar on its foundation and sacrificed burnt offerings on it to the LORD, both the morning and evening sacrifices.

Over 40,000 of the captives returned with that first group, led by Jeshua and Zerubbabel. The amazing thing is they returned with over 7000 servants and animals, personal possessions of gold and silver. Captivity had not been that hard on them. Many had prospered.

When they arrived, the first thing they began to do was to build the altar. The temple footings had not been laid. The walls of the city lay in ruins, but they focused first on the altar. It had been seventy years since a priest had offered the morning and evening sacrifices. As they studied the Law and saw the need for the lamb to be slain for their sins, they were most anxious for the sacrifices to begin.

Before we can do anything of value, we need to be right with God. The blood of the lambs did not wash away their sins, but looked forward to the Lamb of God who would be the perfect sacrifice. They wanted to be obedient to the Word of God and do as they were instructed. Unlike most of the world today, they had a fear of God and His wrath upon sin. They feared God more than they did the people around them who threatened to rob and destroy them. Perhaps this was one good lesson they took from the captivity.

Thank God for the sacrifice of the Lamb of God who takes away the sins of the world!

“Moreover the law entered, that the offence might abound. But where sin abounded, grace did much more abound.” Romans 5:20

There has always been the salt of grace in the world to counteract the power of sin. The clouds have never been so universal as to hide the day. But the time is fast approaching when grace shall extend all over our poor world and be universal. According to the Bible testimony, we look for the great day when the dark cloud which has swathed this world in darkness shall be removed, and it shall shine once more like all its sister planets. It has been for many a long year clouded and veiled by sin and corruption; but the last fire shall consume its rags and sackcloth. After that fire, the world in righteousness shall shine. The huge molten mass now slumbering in the bowels of our common mother shall furnish the means of purity. Palaces, and crowns, and peoples, and empires, are all to be melted down; and after, like a plague-house, the present creation has been burned up entirely, God will breathe upon the heated mass, and it will cool down again. He will smile on it as he did when he first created it, and the rivers will run down the new made hills, the oceans will float in new-made channels; and the world will be again the abode of the righteous for ever and for ever. This fallen world will be restored to its orbit; that gem which was lost from the sceptre of God shall be set again, yea, he shall wear it as a signet about his arm. Christ died for the world; and what he died for, he will have. He died for the whole world, and the whole world he will have, when he has purified and cleansed it, and fitted it for himself. “Where sin abounded, grace did much more abound;” for grace shall be universal, whereas sin will be destroyed.

For meditation: The believer’s sure and certain hope of being freed completely from the presence of sin then, is a strong motive for seeking to be as free as possible from it now (1 John 3:2,3).

And without faith it is impossible to please God, because anyone who comes to him must believe that he exists and that he rewards those who earnestly seek him.
Hebrews 11:6
DailyVerses.net

As for God, his way is perfect: The Lord’s word is flawless; he shields all who take refuge in him.
Psalm 18:30
DailyVerses.net